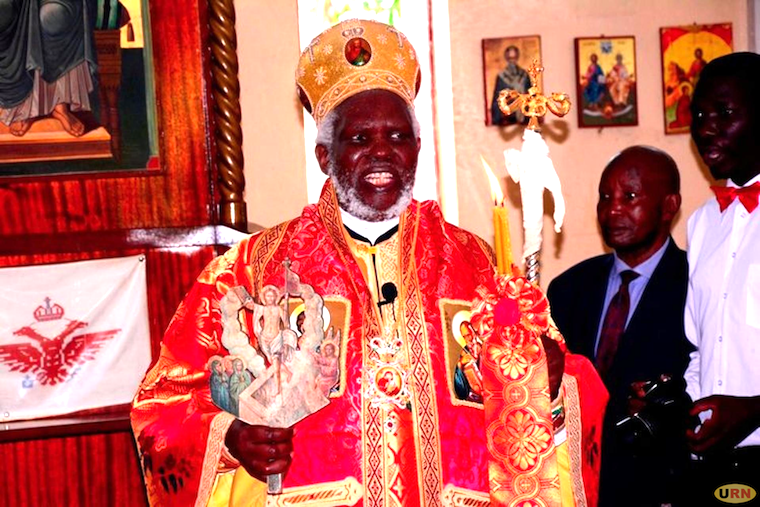 The late Metropolitan Jonah Lwanga will be laid to rest on Monday next week, the Orthodox Church has announced.

Sylvestos Kisitu, the Orthodox Bishop for Gulu and Eastern Uganda announced at a press conference he jointly addressed with the Information and National Guidance minister, Chris Baryomunsi on Wednesday evening.

According to Bishop Kisitu, Lwanga’s body will arrive in the country from Greece on Saturday morning. He said they will conduct the last funeral rites for the deceased at the Orthodox cathedral in Namugoona starting 10 am on Saturday followed by speeches from different dignitaries. The same will continue the entire Sunday.

Burial will take place on Monday at 4 pm at Namugoona cathedral grounds. Baryomunsi, said that the Ugandan government has been in touch with the Greek government and the hospital to ensure the smooth return of Lwanga’s body.
“I affirm to you that the remains of the archbishop will be at Entebbe at exactly 3:20 am on Saturday. As I speak now the plane with the body is already at the airport in Greece and the plane shall leave Thursday at exactly 1:25 pm through Cairo then Entebbe,” he said.

He disclosed that due to the COVID-19 containment measures and standard operating procedures, the body shall not lie in state, adding that only a minimal number of mourners shall be allowed to pay their last respects to the deceased.

According to Baryomunsi, the government shall meet all the funeral and burial expenses as the country bids farewell to the outspoken archbishop. He warned Ugandans against fabricating stories about the death of the archbishop.

“He died a natural death in Athens like all of us shall die. We are now united to ensure his decent send-off…Let us use social media for developmental and informative communication but not to create stories. As the minister for communication announced, we are coming up with a law, which is going to regulate the use of social media,” he said.

Adding that” There is no cause for alarm, let us unite as Ugandan because the Archbishop has been for whole nation not only the Orthodox church.”

+2 #1 Wainanchi 2021-09-16 10:29
Good bye My Good Friend Your Holiness.Rest. in peace .Pray for us poor souls and continue to defend Christianity as you did with all your heart and soul.

Thank you for standing firm and resolute in defending Orthodox Faith and for reaching out to other Orthodox peers in defence of our faith
We shall never forget you Your Holiness and will always be reminded to be resolute and firm in our faith and remember how faithful and strong defender of orthodoxy you were..You are now with God Almighty and help us Orthodox followers to stay faithful to our Christian beliefs and values.

We shall dearly miss and remember you Your Holiness Jonah Lwanga
Thank you for your guidance and strength !!
Report to administrator