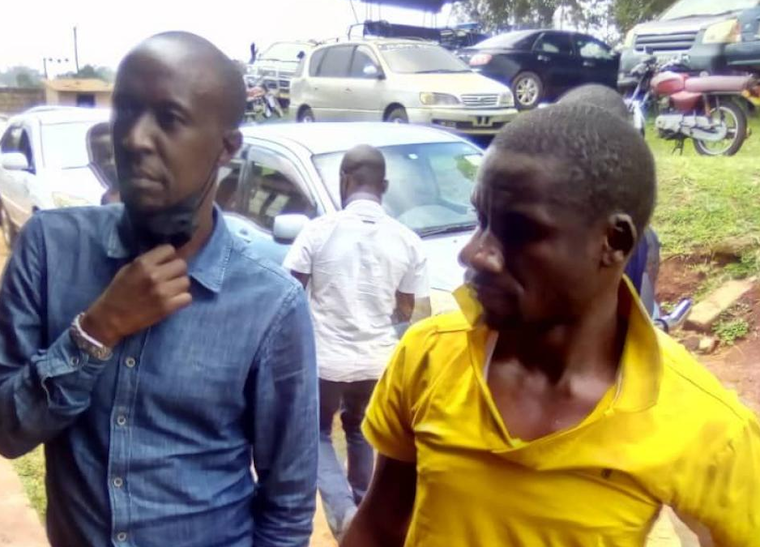 The Special Investigations Unit (SIU) Kireka is holding three suspects on allegations of attempting to buy a two-month-old baby for a suspected South Sudanese trafficker in Kampala.

The suspects are Gerald Akankwasa, a Wakiso based medical doctor, Kenneth Kayondo and Christine Nambi. Police detectives picked up the trio from Royale Motel in the city suburbs of Nalukolongo. Upon interrogation, the suspects revealed to police that they were hired by a South Sudanese woman identified as Monika Akello.

One of the detectives told URN that they raided the motel following a tip-off by a neighbour of one of the suspects indicating that some people were looking for a child to buy at Shs 20 million from Nansana and other areas.

“After receiving this information, we worked with Make a Child Smile, a nongovernmental organization and laid a trap. We informed them that there was someone who had a child, so they met us at this hotel in Nalukolongo together with the parent’s child and pulled the money to pay that is how we arrested them,” the officer said.

Police also impounded two motor vehicles registration numbers UBG443F and UBG107D, which the suspects were using. They also recovered Shs 64 million from the vehicle. The suspects informed police that they were buying the child for their client Akello who had spent two weeks in Buziga looking for a child to adapt.

However, Akello had fled from her apartments in Buziga by the time police arrived.

“We’re still looking for this woman to establish exactly why she was buying a baby, but we suspect she could have either deceived someone of being pregnant for him or the child was meant for ritual sacrifices. She is still on the run but we shall get her,” the detective said.

This comes at a time when police and the Directorate of Citizenship and immigration control have doubled efforts to fight child trafficking that is on the rise. It’s estimated that close to 25 million people across the globe are trafficked every year.

0 #1 Peter Batuse 2021-09-15 10:05
Imagine a medical doctor involved in such activity. He should be striked off the register and imprisoned indefinitely.
Quote | Report to administrator
0 #2 Lakwena 2021-09-17 08:29
In other words, this is Hell on Earth. And at this rate; the"Medical Profession" has become an "Evil Profession": Not to save lives but to extort.

And now we are stuck with Covid-19 as part of their "life and death blackmail" vis-a-vis financial extortion in syndicate with the Multinational Pharmaceutical Industries.
Quote | Report to administrator
Refresh comments list
RSS feed for comments to this post
Add comment