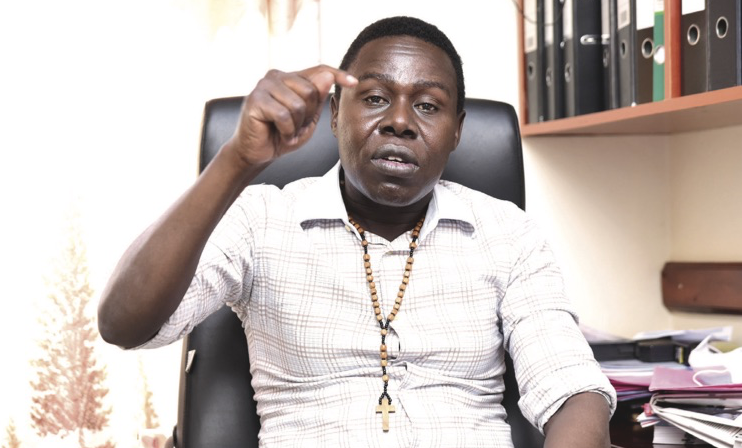 After years of frustration, anger and court battles, government has caved and written to David Ssenfuka, a researcher famed for treating cancer and diabetes – pledging to support the development of his medicine.

Dr Monica Musenero, the minister of Science, Technology and Innovation, wrote to Ssenfuka on July 6, just two days after this newspaper published a story about the researcher’s exploits. Musenero said government is ready to work with the researcher to make sure his dreams come to fruition.

“We have reviewed the submitted copies on pharmacological analysis of SD 2018 and the evaluation of the antidiabetic properties of SD2018 herbal formulation in alloxan-induced diabetic animal models. The report is good and shows evidence of safety of SD 2018 and success stories have been covered in newsletters for cancer and diabetic management... For your information, PRESIDE focuses on Therapeutics/drug development as one of its mandate. Therefore, coming up with a drug to fight cancer and diabetics would be good,” Musenero, who is also the head of the Presidential Scientific Initiative on Epidemics [PRESIDE], said.

She said PRESIDE intends to support Ssenfuka by providing technical support in proposal writing to have the drug undergo clinical trials, which is a mandatory step according to good clinical practice.

“We have composed a writing team of scientists who will work with your team of scientists in writing protocols and addressing ethical reviews. We will also support you in mobilizing resources for your drug to undergo required steps,” the letter adds.

Since 2013, when he found that his medicine, which treats gluttony, could also treat diabetes and cancer, Ssenfuka has written several letters to government officials including President Museveni without enlisting a response.

Even letters of recommendation from senior government officials like Minister Kahinda Otafiire and Retired Judge John Baptist Katutsi to the ministry of Health officials went unanswered.

Musenero’s letter, therefore, came as a surprise to Ssenfuka and thus on July 21, he responded by thanking her for what he called valuable feedback.

“I appreciate the time you took to review my copies of the antidiabetic properties of SD2018 herbal formulation in alloxan-induced diabetic animal models... I have also appreciated the focus of the PRESIDE initiative in its schedule of support towards projects such as the one in reference. I have no hesitation whatsoever with the anticipated support from PRESIDE and consider this response as my consent towards the support,” Ssenfuka wrote to Musenero.

In an interview with The Observer, Ssenfuka said he has been reaching out to government to help him develop his medicine without much success. He said he wants government to be part of the research so that the medicine is developed to help cancer and diabetes patients within and outside Uganda.

“People are coming to me for medicine but we don’t have capacity to cater for everybody, but if the government comes on board, we shall be able to provide this medicine to whoever needs it,” Ssenfuka said.

He thanked Musenero for being the first government official to express interest in working with him. In the past, Ssenfuka met with former Prime Minister Dr Ruhakana Rugunda who appreciated his innovation but didn’t offer government support.

“If they have now responded, it means they have realized that this matter is very important. Many of the people coming for treatment are people who are working in this government; therefore, before they help other Ugandans, they should first help their colleagues who need this medicine. Cancer or diabetes don’t heal because you have gone to the best hospital or you have been seen by the best consultants; they heal because of medicine,” Ssenfuka said.

Interviewed for a comment, Dr Musenero said when she read The Observer story, she looked for Ssenfuka’s contact.

“I read your article but I didn’t have his number. However, I discovered that he had written to my ministry before. Therefore, I had to write to reach out to him. I’m glad you wrote that story because those are the things we want to develop in our country,” Musenero said by telephone.

Dr Elioda Tumwesigye, who held the ministry before Musenero, met Ssenfuka three times to help him draft proposals on how he can access government support. Tumwesigye was also fascinated by the medicine after he subjected it to an analysis at the Government Analytical Laboratory.

The report that was submitted to him on April 16, 2021 also confirmed that SD 2018 contained antibacterial, antifungal, anticancer and anticonvulsant activities. While the diabetes medicine contained anti-inflammatory, antidiabetic, antioxidant, antitumor and antimicrobial activities. Musenero said people must understand that all the science they know today started as ideas from people like Ssenfuka.

“I believe that Uganda has a lot of resources; we just need faith to develop them. It’s my job to facilitate Ugandan innovators and their ideas. We have not yet established a proper system to assist innovators of ours. I’m just beginning but increasingly we are going to set up a center where anybody should come and we support them in developing ideas and bring them to the mainstream in a manner that doesn’t threaten their ownership. That’s what my ministry is going to do to harness Uganda’s resources,” Musenero said.

Asked why other government officials have been reluctant to help Ssenfuka, Musenero said most people are a product of Western education, which doesn’t appreciate traditional medicine.

“I have had so many years of education and nobody has taught me about traditional medicine or our indigenous plants that can cure diseases. They are presented as witchcraft and backward. So, you don’t blame individuals; it’s really part of the way the education system churned us. We were only taught about formal medicine. You find that most of our traditional cures are in a crude format used by people who believe in them or those who are desperate,” Musenero said.

She said for the time she will be minister, she will ensure that any Ugandan who has any innovation will receive government support to help develop it.

In other words, 36 years and counting, the action of a liar is the opposite of what he/she says.

E.g. the Jan 26th 1986 "fundamental change", turned out to be a "Nonsense" aka No Change!; the "self-sustaining and integrated economy" has turned out to be "corrupt, unsustainable, debt-ridden and unsustainable economy".
Report to administrator
0 #14 Remase 2021-08-03 12:17
Naboma, please pay attention and stop finding excuses for M7!

There's no buts or ifs about it. Talking about inefficiency, indeed he is, it's all due to M7's deep rooted corruption, nepotism, tribalism and patronage!

Could you point out one thing that I stated above that isn't true or correcte? How do I become tribalistic by speaking the truth? Naboma, you are trying to silence me by defending M7 using "but." How am I tribalistic?
Report to administrator
0 #15 Remase 2021-08-03 12:41
Lakwena, thank you. On only 35 years of autocracy per se, it demonstrates that M7 is the worst president we have ever had.

Once a liar always a liar! M7 has never told the truth in his list other than clearly stating that a mere paper will never uproot him from power, and he will never handover power to anyone.

So, this "Govt vows to support Senfuka's cancer, diabetes drug," is coax of lies. Pure and simple.
Report to administrator
0 #16 James Mukwaya 2021-08-03 20:23
If this man's drugs really work and that people have been cured using it, why does he need government help?

He should use the proceeds from sale of the "working" medicines to fund his research. His desire for taxpayer's money for his work is sign that his medicine is overrated, may be fake.
Report to administrator
12