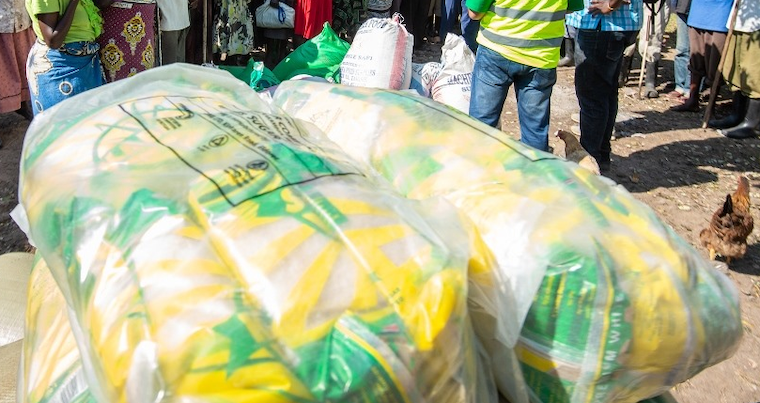 Police in Moroto district stormed a storage facility at Kosiroi, Moroto along the Uganda-Kenya border and impounded over 250 repackaged bags of sugar.

Police also arrested the proprietor of the facility only identified as Umar, a Somali national together with a private security guard also of Somali origin. The two are in custody at Moroto central police station pending further inquiries.

The facility has allegedly been repackaging Ugandan sugar from Mayuge Sugar Industries Limited in paper bags labelled as Kenyan sugar purportedly manufactured by Kabaras Sugar Factory, a Kenyan based factory.

Police have opened a case of counterfeiting products and trademarks under SD ref.58/27/07/2021. Emmanuel Lokii, the Moroto district production and marketing secretary, says they were not aware of the illicit dealings of Umar until a whistleblower informed authorities. The development comes at a time of heightened trade tension between Uganda and Kenya over the quality of food items.

Earlier this year, Kenya suspended the importation of Ugandan maize citing a laboratory report, which showed it was unfit for human consumption. The acting director-general of the Agriculture and Food Authority in Kenya, Kello Harsama wrote directing the commissioner of customs in Kenya Revenue Authority to stop the imports.

"The authority has been conducting surveillance on the safety of food imports into Kenya. The results from maize imported from Uganda and Kenya have revealed high levels of mycotoxins that are consistently beyond safety limits," noted Harsama.

The same thing happened with maize/corn which was imported from a certain third country and then exported to Kenya.

Not to mention the Zaire's gold, which is being minted and exported as Uganda's gold. That is how the mafias operate and do business.
Report to administrator
-1 #4 Lakwena 2021-08-03 12:14
In other words, at such a scale of counterfeiting hundreds of 50-kilo bags of sugar (in a warehouse); this must have been a result of defection and/or double crossing in a racket gone bad.

Otherwise, under the watch of our regime corrupt school of thought (officials/doctrine) and practice, it would still be business as usual.