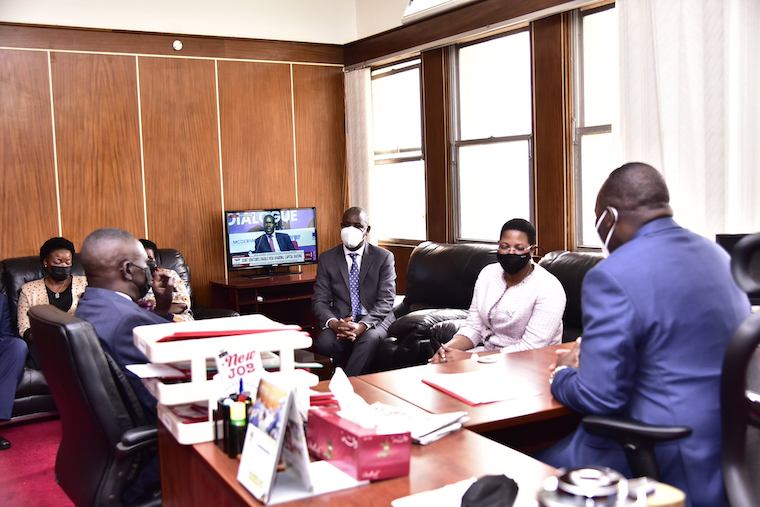 Fresh from wiring Shs 200m to legislators, parliament has now procured iPads for its 529 MPs and 26 ex-officio members.

Deputy speaker Anita Among Thursday said that parliament would start distributing the iPads to MPs on Monday next week.

The tradition of procuring iPads for MPs started during the 9th parliament when the parliamentary commission, the governing body of the House approved the expenditure. Among said with the iPads, MPs no longer have the excuse of missing documents or meetings.

Following Among's communication, the leader of opposition Mathias Mpuuga appealed to MPs to ensure proper use of the gadgets, especially when attending committee meetings and plenary sittings virtually. He also appealed for decency when one is using Zoom technology to avoid any scandalous images.

The iPads provided to MPs are supposed to be returned at the closure of the term of parliament. In March 2021, the former clerk to parliament Jane Kibirige directed MPs on the 10 parliament to return the iPads bought in 2016 by 30th April 2021.

Kibirige then said that the iPads are property of the government and that parliament had valued them for disposal depending on their type and year of purchase. However, parliament advised MPs who could afford to buy the iPads at a disposal price. It is not immediately clear how many iPads were returned or bought by the MPs.

Among also reminded MPs to declare the assets and liabilities to the office of the Inspector General of government before 12th August to avoid any repercussions.

She also tasked the different chairpersons of committees to immediately table their plans for the first session as earlier agreed in the business committee meeting that agreed on the parliament calendar. Among says that the immediate presentation of plans by committees will enable the smooth running of parliament.

She also informed MPs that throughout next week, they will debate the State of Nation Address recently delivered by President Yoweri Museveni.

It is also another way for the corrupt killer regime to spy on those greedy and gullible so-called MPs. They are already fitted with malware.
Report to administrator
+1 #6 Rodger 2021-07-31 13:20
if the members of parliament themselves don't see value in using iPads in this digital error, why should the gadgets be given them for free? free car, free fuel, free iPad and free everything. what do these greedy guys do with their salaries and allowances?

i don't see this parliament any different from the previous ones; just there to mess with the already messed up constitution to sustain an individual in power.
Report to administrator