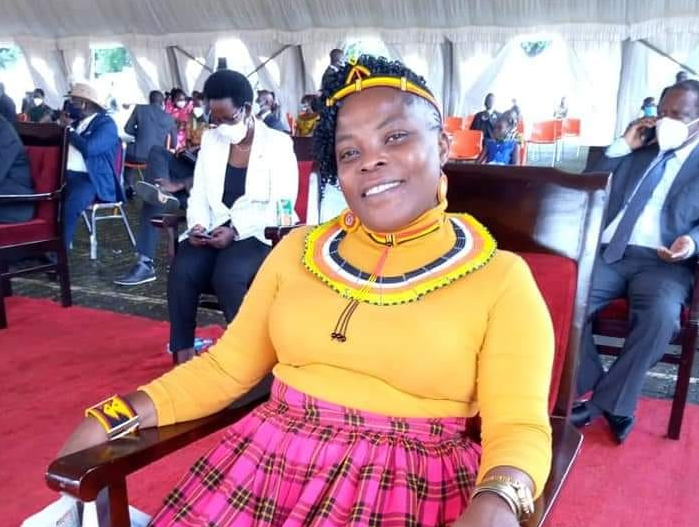 Just weeks after taking office, some new ministers have gained immediate notice among subordinates for their affection for lavish 4x4 official cars, furniture and executive privilege and are dialing up pressure on accounting officers to provide them.

According to insider ministry sources, Agnes Nandutu, the minister of state in charge of Karamoja Affairs, has rejected an official car bought two years ago at about Shs 650 million. She has asked the accounting officer to buy a new one.

Nandutu, according to sources, claims the ‘old’ car was previously used inappropriately to carry things like charcoal. Nandutu, a former journalist, was catapulted into cabinet and onto the national political stage after losing the NRM primaries in 2020 and later winning the Bududa woman parliamentary seat in the January 2021 general election.

Interviewed for a comment last week, Nandutu declined to speak directly about her request for a new car. She said she was conducting a series of meetings in Karamoja and promised to get back to this reporter but she didn’t.

The minister, according to insider sources, does not want to use anything previously used by her predecessor, Beti Kamya. Nabakooba, a former Mityana woman MP, lost re-election in the 2021 general election. She moved from the ministry of Information and Communications Technology (ICT) to join Lands.

The minister of state for Primary Health Care, Margaret Muhanga and her counterpart in charge of General Duties Hanifah Kawooya are also demanding for brand new official cars. They have rejected their predecessors’ cars.

Former minister of Energy and Mineral Development Mary Goretti Kitutu who is now minister for Karamoja Affairs is demanding a lead car. She used to have one when she was boss at the ministry of  energy.

The ministers’ demands come months after government announced departmental budget cuts –shredding expenses on workshops, travel and other none essential items to raise Shs 600 billion to reenergize efforts meant to stop the spread of the coronavirus.

Interviewed for a comment recently, Muhanga said since she arrived at the ministry two weeks ago, she has never seen her official car because it is still in the garage.

“Maybe it is because people see me still using my personal car, that is why they say I rejected the ministry car and I am waiting for a brand new one. But that is not the case, I have been told by ministry officials that they took the car to the garage to be repaired. I am waiting for it,” she said, adding, “Why would I reject a car? I am not a person of positions and titles. I was even surprised to be made a minister. I have never seen the car but my bodyguard told me that it was a wreck with torn chairs, no tires, and broken screens; so, they had to take it for repair and make it a little bit better. But I have not rejected it. If it can move, that is all I need.”

She said she doesn’t need a brand new car because she won’t leave with it when her work at the ministry is finished when she is transferred to another docket or dropped from cabinet.

Muhanga, however, expressed her frustration at the long time it has taken the ministry to return the car. She said she is tired of using her personal car to do government work.

“My car has gone through so much wear and tear. I am always up and about doing government’s work in my own car yet no one pays that mileage. How long does it take for the car to get repaired? It has been in the garage for a long time and I am here still waiting for it to be given to me,” Muhanga said.

Interviewed, Anifa Kawooya said the car she is using is the same car her predecessor Robinah Nabbanja used and she is very comfortable with it.

“All the facilities I am supposed to have were accorded to me on the first day I went to the ministry including the car, which is the very one my predecessor was using. It is a comfortable car and I have no complaints about it. It is not my duty to know whether it will be replaced or not because that has to be done according to the ministry’s budget, which is not my role…,” Kawooya said.

She however, noted that the car has a mechanical problem and broke down while she was at Kololo a few weeks back. She said it was repaired and it is back on the road.

Interviewed for this story, one permanent secretary who declined to be named to speak candidly, said much as a minister is entitled to a car and a driver, he or she is not obliged to make demands for a new one.

“A minister has no right to reject a car, which has been given to him or her because we also give them cars befitting their positions and even if they are used, we make sure they are in good condition before they are given to them. Ministers are given cars with an engine capacity of 4,000cc, which we believe are capable of enabling them carry out their duties,” he said.

He said for a minister to get a new car, it must have been budgeted for and approved by the ministry of Finance. He said all ministers get new cars at the same time, not one at ago.

“The money ought to have been already indicated in the ministry’s budget and then the accounting officer writes to the Prime Minister who clears it and that is when the procurement process starts. Otherwise, if it was not in the budget to buy the car, then the minister has to still use the one available,” he noted.

+10 #1 WADADA rogers 2021-07-28 09:38
They dont care about the expenses associated with new items, you may think they are going to own those offices forgetting that the President can hire and fire them any time without giving reasons
Report to administrator
+9 #2 Sam Baguma 2021-07-28 10:36
So much for fishermen, by fishermen MZEE meant people who have come to fish and fish using all types of nets.

Where's the marine unit that catches illegal fishing activities when you need it.

The Prime Fisher immediately asked for a road.....Very predictable
Report to administrator
+9 #3 MR 2021-07-28 10:46
Haha Agnes Nandutu has already forsaken her past life as a journalist and is already acting like she is above and better than the rest.

That speed at which power has corrupted and gone to her head to demand for new everything.

Watch out at this rate she may also demand for a new office building and budget for new official clothing and salon money
Report to administrator
+7 #4 Kijjorooto 2021-07-28 11:31
I drive a 2005 Toyota Harrier which I bought from Japan in 2019 and it has never had any mechanical problem because I drive it defensively and I service it on time.

Now come to Uganda Government , these guys drive brand new cars with extras but because they don't act as owners, they wreck these vehicles in less than 3 years.

The ministers are 'powerful' they can order night to fall at midday, they sleep in 2 beds, they drive their powerful cars to bed.....they can order model 2025 land cruiser GXR models...and we the gullible taxpayers will do as they wish.
Report to administrator
+8 #5 Yumbe 2021-07-28 16:19
Primitive ministers who think being a minister is synonymous with comfort.

Such also go back with empty hands and sick because they will start eating chips an chicken fried with Mukwano cooking oil. In the short run, they develop diabettes, HBP and cancer and they die.

They will also engage in immoral acts and endanger their lives. Very low level thinkers.
Report to administrator
+5 #6 Zaitun 2021-07-28 16:32
I wish I was the Present of the country and these nincompoops were making such abusive demands from me.

I would, to the sorrow of their constituents, remove all the old cars and whatever was in their office, but ask them to buy them with their own salaries, or they treck to offices!

What an insult to the poor they are milking even to death! Hospitals are empty, schools have been reduced to pitiable states, whereas months down to when the Main Hall of MU was burnt, the govt is failing to rebuild it.

Shameless MPs just like their master, think the
country has become their "Basket of Guava fruits". you behave just like your master. Thieving has become the only way of survival for you.
Report to administrator
+2 #7 kabayekka 2021-07-28 17:02
Indeed this is now a talking house that has learnt well the way to demand any thing they need.

One remembers well during the first lockdown when Parliament passed a great thank you motion for the President of Uganda to have run the COVID19 campaign successfully.

He did give them something anyway. The new luxury cars is a thank you for them to have won the 2021 national election.
Report to administrator
+2 #8 Loveuganda 2021-07-28 19:47
Haha funny. They fear curses of their predecessors. They forget their are in political positions.

If Karamoja is insecure, Ministry of Defense should be aware to protect the citizens that live there. Going with lead cars is not bad but for how many Ministers?

That's all waste of tax payers money for a small country like Uganda. Even furniture; in the pandemic when not more than 1%is vaccinated? This is ridiculously wrong. Lord have mercy.
Report to administrator
0 #9 PaulM 2021-07-29 06:59
Aaaaagnes Nandutu. I am really disappointed in you but not surprised.

Please style up. The voters are waiting for you and don't forget you are not one of them (BCD)
Report to administrator