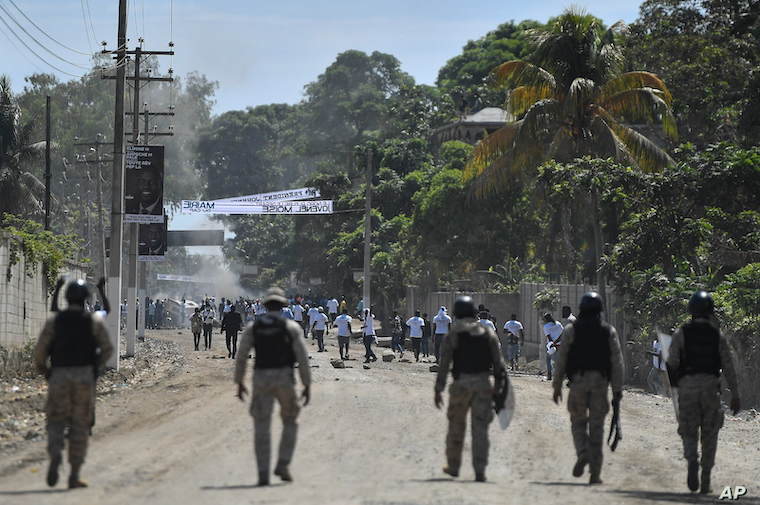 The funeral of Haiti's assassinated president, Jovenel Moise, was disrupted Friday by tear gas and sounds of gunfire, prompting US officials to leave before the end of the ceremony.

"I never thought the changes you wanted to make would end up filling my eyes with tears," first lady Martine Moise said during the eulogy. "Jo, the oligarchs won one battle, but they didn't realize that the people would begin to see things clearly. You have pulled ahead now. You may have lost a battle, but the war is far from over. We must have justice."

Some audience members responded with angry chants of "Justice! Justice!"

Meanwhile, hundreds of protesters gathered outside the site of the state funeral in the northern city of Cap-Haitien, burning barricades and shouting, prompting police to fire tear gas.

VOA Creole reporters on the scene said some guests panicked and foreign diplomats left the scene as smoke wafted into the Moise family's private compound, where the funeral was taking place.

No one attending the funeral was reported injured. The funeral was held amid heavy security. National police officers and private security guards protected the A-list guests.

US ambassador to the United Nations Linda Thomas-Greenfield, who led the US delegation, left before Moise's widow spoke.

"The presidential delegation to the funeral of President Moise is safe and accounted for, and those traveling from Washington, D.C. have arrived safely back in the United States," national security adviser Jake Sullivan said in a statement.

"We urge everyone to express themselves peacefully and refrain from violence," Thomas-Greenfield said on Twitter. A statement that Thomas-Greenfield emailed to VOA said that before leaving Haiti, members of the delegation "underscored the commitment of the United States to support an inclusive and peaceful dialogue in Haiti. Special Envoy Daniel Foote and US ambassador Michele Sison will continue to engage with Haiti's political and civil society leaders."

"The Haitian people deserve democracy, stability, security, and prosperity, and we stand with them in this time of crisis," Thomas-Greenfield tweeted. 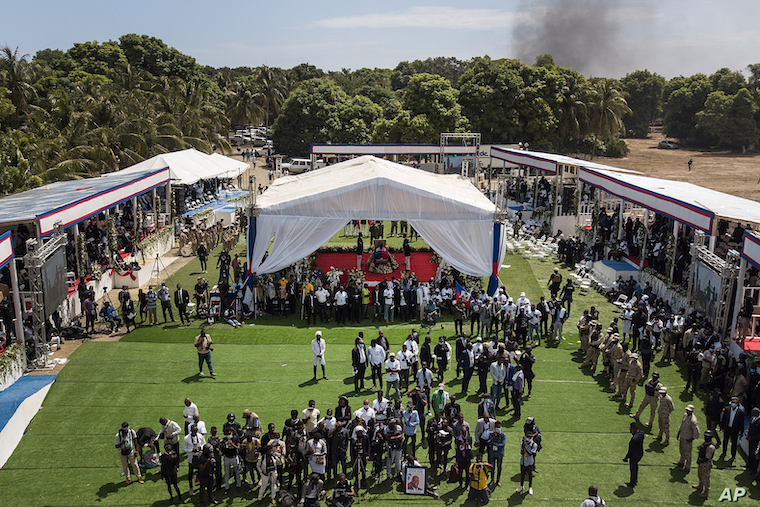 Moise was shot and killed July 7 in a predawn attack at his private residence in a wealthy suburb of Port-au-Prince. His wife was injured during the attack and received treatment at a Miami, Florida, hospital. She returned to Haiti last week to help plan the funeral of her husband.

Henry issued an official statement on Twitter denying reports Thursday that the prime minister's motorcade had been ambushed in Cap-Haitien.

"The head of state arrived safely in Cap-Haitien to attend the Friday funeral of the president of the republic," the statement said.

Henry had been designated prime minister by Moise but had not been sworn in because of Moise's assassination. He has vowed to form a consensus government until elections can be held.