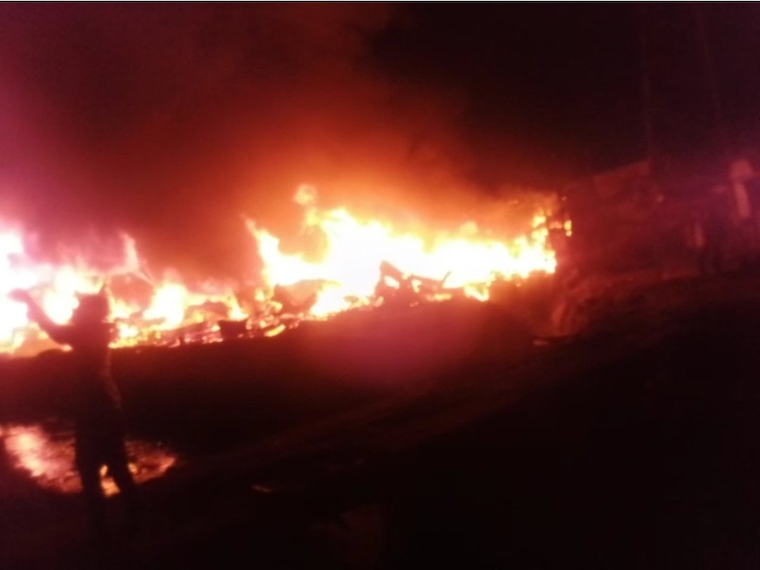 Two people have been killed in the evening fire outbreak

Two people have died and several others injured in an evening fire outbreak in Kyamuka Zone, Kamwokya, a Kampala suburb.

The fire broke out today at about 6.45 pm, destroying makeshift houses, timber workshops and shops among other items. The police fire brigade could hardly get to the scene due to the poor and narrow roads and congestion, leaving the affected residents with no choice but to put out the fire in the possible rudimentary ways they could.

Kampala Metropolitan deputy police spokesperson Luke Owoyesigyire says the fire could have been started after sparks from electricity lines in the area. Grace Namusisi, a resident says that there is rampant illegal power connection in the area which could have caused the fire.

#fireoutbreak Fire gutted one of the houses in the corridor of Namanve-Kampala North 123kV transmission line, causing the transmission wire to break and fall fatally wounding 2 people in Kifumbira slum, Kamwokya. The incident is being investigated. pic.twitter.com/cwYz6qsDMG