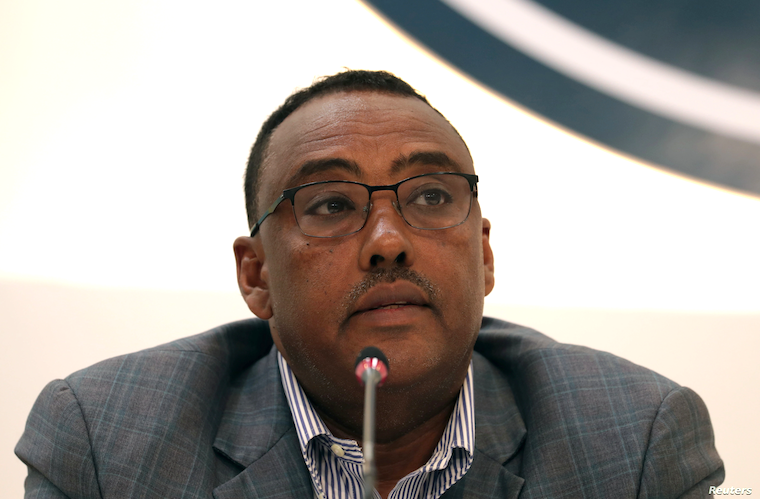 Ethiopia’s government has rejected accusations that it’s trying to “suffocate" the people of Tigray by denying them urgently needed food and other aid, as transport and communications links remained severed to the region that faces one of the world's worst famines in a decade.

Foreign minister Demeke Mekonnen spoke to reporters a day after a bridge that’s crucial for accessing much of the region of 6 million people was destroyed and the United Nations indicated that special forces from the neighboring Amhara region were to blame. Amhara authorities have occupied western Tigray and forced out hundreds of thousands of ethnic Tigrayans.

“The insinuation that we are trying to suffocate the Tigrayan people by denying humanitarian access and using hunger as a weapon of war is beyond the pale. There is absolutely no reason for us to do so. These are our people,” Demeke said.

Ethiopia's government blamed Tigray forces for the bridge's destruction. But an aid worker who traveled to the site said area residents described to him how they saw Amhara special forces placing objects on the bridge and driving away after the blast.

“They still seemed in shock at what had happened,” Roger Sandberg, vice president of field operations with Medical Teams International, told The Associated Press.

Sandberg said area residents also told him that there was no other way to cross, while Tigray forces conveyed to him that they wouldn't obstruct NGO access to the region.

In a stunning turn earlier last week, Ethiopia declared a unilateral cease-fire on humanitarian grounds while retreating from Tigray forces. But the government faces growing international pressure as it continues to cut off the region from the rest of the world. Aid workers say fuel and other supplies are running low.

In a strikingly outspoken statement, the World Food Program said Friday that a second key bridge leading into Tigray was destroyed on Thursday, while no WFP flights bringing in UN or other aid workers have been allowed by Ethiopia since June 22.

Even before the bridges were destroyed, at least 3,800 metric tons of food had been blocked from reaching parts of western Tigray, WFP emergency coordinator Tommy Thompson told reporters in Geneva. He warned that “more people will die” if access doesn't materialize but added that an air bridge might be set up in coming days.

The UN agency said trucks were loaded and ready to replenish its nearly exhausted food stocks inside Tigray, where 5.2 million people need emergency food aid. “We’ll be out of food in the northwest by this weekend,” Thompson said.

Up to 900,000 people in Tigray are facing famine, the United States has said. A new UN humanitarian update issued late Thursday said that “the blackout of electricity, telecommunications and internet throughout Tigray region will only exacerbate the already dire humanitarian situation.”

Ethiopia’s foreign minister said the government has a road map for dialogue to resolve the Tigray crisis that's expected to include “rank and file members of the [Tigray People's Liberation Front] who show readiness to choose a peaceful path.”

But Tigray forces, recently designated by Ethiopia as a terrorist group, now control most of the region and have demanded that Ethiopia resume basic services before any talks.

The security situation in Tigray was generally calm after the retreat of Ethiopian forces and those of neighboring Eritrea, who have been accused by witnesses of some of the worst atrocities in the war. Officials with Eritrea, an enemy of Tigray leaders after a 1998-2000 war along their border, have not responded to requests for comment.

Amhara authorities have warned Tigray forces against trying to retake the region’s western areas. But the Tigray forces spokesman told the AP this week they would “liberate” the region from “enemies," and thousands of fighters were seen heading west.

Ethiopia's government has said the cease-fire will last only until the crucial farming season in Tigray is over, meaning September. But the WFP said farmers have already missed the peak planting month of June because of seed and fertilizer shortages.