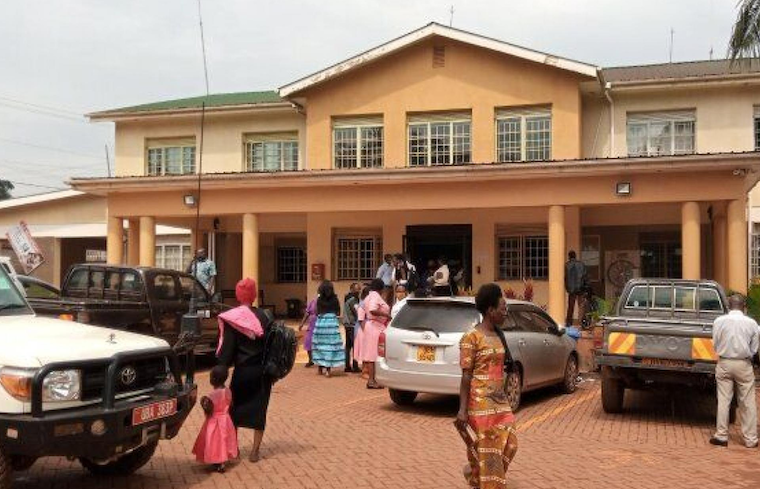 Government's efforts to speed up the identification of persons infected with the coronavirus disease are being frustrated by some health facilities that are instead charging money for the supplied free test kits.
Mukono Church of Uganda and Mukono General hospitals have been cited as the institutions perpetrating this disturbing practice in the heavily populated Mukono district, by charging people turning up with telltale signs indicating the presence of Covid-19.

Both hospitals are among several facilities in Mukono that have been supplied with rapid diagnostic test (RDT) kits to carry out free quick Covid-19 tests of people in the district following an upsurge in Covid-19 cases in the ongoing second wave.

Dr Steven Mulindwa, the district health officer notes that the kits were supplied to reduce congestion at Mukono General hospital, the first center that had been designated for testing in the district and they are supposed to cater for only people with evident signs and symptoms of the virus.

Nonetheless, several people claim being turned away despite bearing symptoms and signs of the virus after they failed to pay the requested money. George William Ssemakula, a resident at Nabuti in Mukono Central Division says they had received with joy news of free testing but it was cut short after they were told to pay the charges before being tested.

“It is by God’s grace that I am still living," Ssemakula says. "I can assure you I have experienced all the signs of Covid-19 but due to lack of money, I chose to return home and do self-medication using traditional herbs.”

Betty Nakasi, the speaker to Mukono district council says they have received several complaints from people who have completely failed to raise the monies to carry out the tests. She raised the matter with the concerned parties.

"I have received complaints of many people who want to test for Covid-19 whereby they are charged money; Shs 20,000 to Shs 30,000 according to the way the nurse or whatever the attendant wants it to be. I condemn that action, any service that must be free should be free to the people of Uganda. Let the people be tested freely and let them take the vaccines freely instead of charging them. We call upon all the health workers in Mukono, in Uganda, your role is to save lives. Make sure that you save our people's lives, these people are poor, these people are stressed and depressed and they see that it is you who need to give them care and love," said Nakasi.

Muhammad Wasswa Takwana, the LC I chairperson of Ggulu Ward A says that despite having now three families of people who have lost dear ones to Covid-19 in the past two weeks, their relatives are still failing to test to determine their status and some of them have developed signs and symptoms of the virus.

Dr Simon Nsingo, the Mukono CoU hospital medical director declined to talk about the illegal charges while Dr Geffrey Kasirye of Mukono General hospital promised to follow up on the matter, saying he has been not aware of the racket going on.

Ndisaba explains that kits can only be paid by people seeking them for commercial purposes and they supposed to deposit the money on the Uganda Revenue Authority bank accounts before returning with receipts for testing. She said only those seeking testing for travel and wedding purposes are required to pay.

+7 #1 Lysol 2021-06-22 21:41
Nothing works in a corrupt country. That is what happens in a shit-hole and a banana republic. Some people use religion to rob and cheat the gullible and the vulnerable population.

The corrupt regime of Museveni is to blame for the total failure to mishandle the COVID-19. That is why Uganda even sent an infected Olympian to Tokyo. What a shame!
Report to administrator
+1 #2 kabayekka 2021-06-23 17:27
It is unfortunate for the Church of Uganda to be making money out of the COVID19 infected public.

One reckons a free test is necessary so that those who are positive can be isolated and given special and priority attention. It is a fast way of trying to fight the pandemic!

Otherwise it is going to take another another year or two to stop the incessant attack of this virus to the people of this country. That is about four or five national lockdowns by the governance of this dodgy NRM government!
Report to administrator