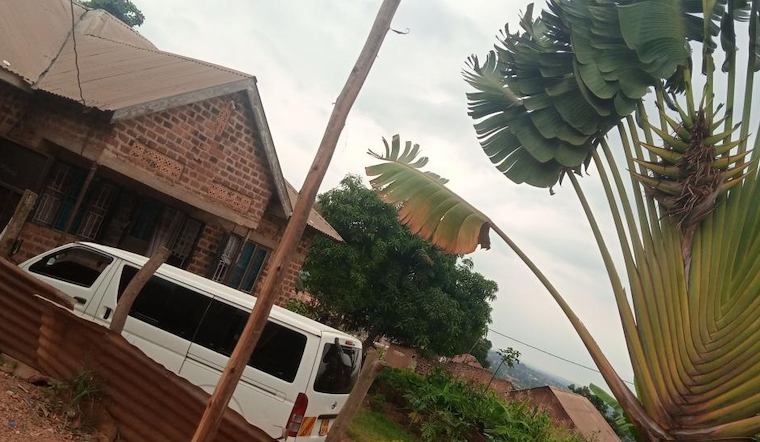 Operatives believed to be from the Chieftaincy of Military Intelligence (CMI) yesterday Wednesday raided the home of Sheikh Yusuf Nyanzi, one of the suspects in the 2017 murder of former police spokesperson Andrew Felix Kaweesi.

Kaweesi, his bodyguards Kenneth Erau and driver, Godfrey Mambewa were gunned down on March 17, 2017, a few kilometres from his home in Kisaasi, a Kampala suburb. Yesterday operatives raided and searched Nyanzi’s home in Kyanja, Kisaasi in Nakawa Division. Nyanzi had been arrested earlier on Tuesday morning for unknown reasons.

Nyanzi has been out on bail following his release on September 11, 2019, by the then International Crimes Division judge, Lydia Mugambe.

Nyanzi was first arrested in 2017 for the alleged assassination of Kaweesi, bodyguard Erau and driver Mambewa. Earlier, he was also charged with the similar style murder of Major Muhammad Kiggundu and his bodyguard Sgt. Steven Mukasa on November 26, 2016.

Nyanzi spent several months on remand until he applied for bail through his lawyers from Wameli and Company Advocates, which was granted after numerous applications. Nyanzi has been a free man until his re-arrest on Tuesday morning. His wife, Sumaya Nyanzi, says that unidentified security operatives picked up her husband and 16-year-old son, Abdul Rahim Yusuf Nyanzi in front of their home at around 9 am on Tuesday.

She said that the operatives, who were driving in a white Noah vehicle, sped off to an unknown destination with her husband and son.

On Wednesday morning, our reporter visited Nyanzi’s home and found four plain-clothed armed security operatives guarding the house. Some of the operatives wore Uganda Police Force jackets on top of their plainclothes with black headgears.

An unspecified number of operatives were seen searching the house in the presence of Nyanzi who was brought in a Toyota Hiace vehicle christened 'drone', registration number UAH 694N. Sulaiman Mawejje Salongo, the LC I chairperson Kyanja Central Zone who is also Nyanzi's immediate neighbour also witnessed the search. The search started around 10 am and ended almost at 2 pm.

According to Nyanzi's wife, they searched everywhere in the house starting with the bedrooms up to the ceiling. She claims that they left with her agreement for the sale of gold, sim cards, passport and other court documents belonging to Nyanzi.

Our reporter has also learnt that the operatives led by detective inspector of police Mathias Nabeeta took two other National IDs registered in the names of unspecified individuals they recovered from the house during the search. As the search was going on, a motorcycle arrived with Rahim.

On seeing the operatives, he fled and hid in a nearby mosque at Kyanja Muslim primary school for fear of being re-arrested. The teenager later told our reporter that he had seen the same vehicle at the safe house where he was taken after being separated from his father who told him that in case he is taken back home, he should inform his mother that he's in the hands of CMI operatives at the Special Investigations Department of Police in Kireka.

Rahim said that for the two days he was in custody, they only gave him a single meal. The teenage bore visible scars on his right cheek, which he says were as a result of the brutal arrest. He also claimed that he found other people in the safe house where he spent a night with rotting legs resulting from torture.

In the morning, a police officer he couldn’t remember called him out and gave him Shs 10,000 to pay for his boda boda ride back home.

His family says they are living in fear and want the government to release Nyanzi unconditionally. Nyanzi’s arrest comes barely three weeks after the botched assassination of Gen Katumba Wamala, the former chief of defense forces.

Katumba escaped with two bullets lodged in his arms. However, his daughter, Brendah Nantogo and driver Haruna Kayondo were not lucky and lost their lives in the attack.

“There is nothing much we can discuss in details. I need to consult and find out if they have additional investigations,” he said.

Nyanzi's lawyer, Geoffrey Turyamusiima was surprised to hear about his re-arrest, saying that he wasn't aware. He promised to follow up and decide their next course of action.

Dictator Museveni and his son Muhoozi knows the killers of Kaweesi and Those who attacked Katumba wamala .in steady of arresting and torturing Muslims.

He should order for the arrest of those assassins who knows very well
Report to administrator
0 #2 kabayekka 2021-06-18 12:36
Indeed the judiciary in the lockdown of this country are having a field day.

The NRM cadre judge only needs to come out in the courts of law for only one hour of overtime to pronounce the legal arrest and custody.

This arrested suspect as he is now used to all sorts of brutal mistreatment is likely to stay put in Kireka safe house custody until 42 days.

After 42 days when the second lockdown is over, new police investigations without bail of any kind to this suspect, will resume most probably for six months.
Report to administrator
0 #3 kabayekka 2021-06-18 13:07
Such military arrests with brutal force and the long time incarceration of suspects is certainly a replica of the rule of the famous African dictator, Idi Amin. It does not stop the increase of banditry in the country but only abates it.

There are many examples of it in this country's history, when Doctor Obote II and the interim Uganda government of the day comprising the military commission rigged the 1980 national elections.

No citizen was safe at all even when thousands of people were being arrested(panda gari) incarcerated and killed.
Report to administrator
+1 #4 Jama 2021-06-18 14:57
You will fool some people sometimes but you will not fool all the people all times.

Those killing people are those with guns.
We all know those who posses the arms.

This arrest is a deviation from reality as usual, as they always failed to convince the integral judges.
Report to administrator
-2 #5 Wainanchi 2021-06-18 15:02
I would say only this. It is obvious that this terrorist Nyanzi is msdtemind of these assassinations.

I would try him in Military court and hang him and ask questions later .I am sure there is overwhelming evidence against him and his assassins and that has noyhk g to do with Buganda

They are carrying out these murders to start fire with Buganda and Moslems.

Once he us hanged around his neck his lawyers may ask for corpus habeus.It will be cowboy tactics..shoot and ask questions later.My serious proposals.Ibwoupd love to see what would happen later

Moslems and Baganda tribe and other tribes are good and peace loving people but only these sponsored terrorists want to start fraternal war of attrition.No pasaaranHang Nyanzi supito!!!!
Report to administrator
-1 #6 M!K! 2021-06-18 19:20
If all else fails, haul in the usual suspects. The idea of Nyanzi being the suspect doesn't make sense.

He is out on bail for similar charges, and most certainly under close observation (because it is improbable that he was not).

At first it looked like the work of a foreign actor. Until one sees those pictures of Uganda Police flying squad operatives being trained to shoot guns while riding on motor cycles.

The CTV footage of the fleeing suspects (especially the one in the striped flannel shirt) shows the assassin's using tact's eerily similar to those given to flying squad trainees! The fact that these guys knew which roads that are not covered by cameras is also a significant fact that stands out like a sore thumb! Inside job!
Report to administrator
-1 #7 Wainanchi 2021-06-18 19:25
Every mentally stable and prudent person will understand me and what I am saying and claiming
Some of us commentators support terrorism and look for ways that murderes avoid putting punishement.

It is not right to claim that only State possesses arms and that the State is assassinating it's own people.

Shame on you commentators who mock up innocent victims as beautiful bride daughter of Afande Wanala.
I wish you dirty thugs to burn in hell.!!
Report to administrator
+2 #8 M!K! 2021-06-18 19:40
There is a high probability that these motorcyle assassin's killing Ugandans, whatever the reasons, are either active or former flying squad operatives.

And those who trained them, or the ones who trained with them, should be able to identify some of these guys from that CCTV footage.

Looking at all flying squad personell, past and present, who trained to shoot from motor cycles would be a logical place to start the investigation.

The CCTV footage of General Katumba's fleeing shooters gave the investigators an insight into how these killers operate. It also proves that the deep knowledge the killers have about the location of security cameras or even how police responds to such incident can only come from within the security establishment itself.

Not from the usual suspects like Nyanzi who, if he is as bad ad we are made to believe, must be aware that he is under constant watch.
Don't screw up this investigation already!
Report to administrator
0 #9 kasede 2021-06-19 14:29
[quote name="Ddungu Musa Evans"]Dictator Museveni don't like Muslims and Baganda people.
.../quote]

Just rip the mastard that you guys sowed and nurtured so well in Luweero years ago. [The rest of us will give you uninterrupted opportunities to go throuh that until M7's natural clock run out].
Report to administrator