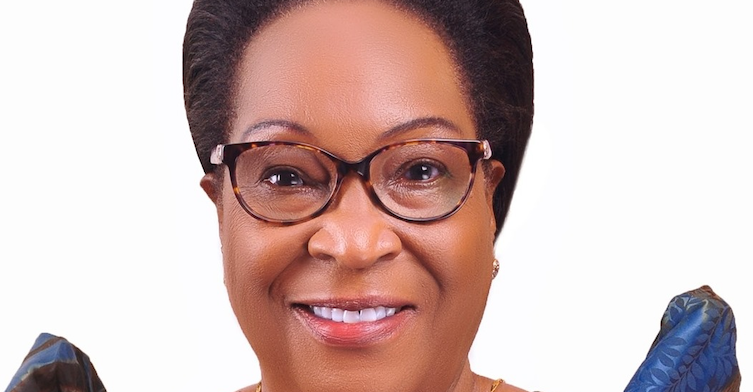 The infiltration of the Ugandan opposition and erosion of its power by President Museveni over the years has taken place piecemeal.

It has been slow but very bold – felling one high-profile official after another. On May 24, a beaming President Museveni, probably satisfied with his handiwork, told members of Parliament, that he had softened the opposition’s resistance to him.

He said he is on good talking terms with three opposition parties; the Democratic Party (DP), Forum for Democratic Change (FDC) and Uganda People’s Congress (UPC).

The president’s working relationship with DP and UPC did not surprise many because over the years now, the two oldest parties in the country have been known to cozy up to the chairman of the ruling National Resistance Movement. For UPC in particular, one of its members of Parliament and wife to the party president, Betty Amongi is a serving minister in Museveni’s government.

She has already been reappointed in the new cabinet as minister of Gender, Labor and Social Development. What shocked some people, however, was Museveni’s revelation recently that he had started talking to people within the Forum for Democratic Change (FDC).

Until this year’s general election, FDC was the largest opposition political party in Uganda. That role, however, has been inherited by the National Unity Platform. As a follow-up on his revelation last week, Museveni appointed FDC vice president for Buganda region Joyce Nabbosa Ssebugwawo as minister of state in charge of Information and Communications Technology and National Guidance.

Ssebugwawo has not spoken out publicly about her appointment but people close to her said she is elated. In a statement last week, FDC President Patrick Oboi Amuriat said Ssebugwawo had accepted the appointment and, therefore, forfeited
her leadership position and membership of the party.

“I can confirm that she has accepted the appointment and as a result has offended Article 12 of the FDC Constitution. She, therefore, ceases to be a member of FDC and has accordingly voluntarily relinquished her position as deputy president,” Amuriat’s statement reads in part. He however, implored the party faithful not to attack her.

“All of you will appreciate the hard work, sacrifice and commitment that Owek. Ssebugwawo put into the formation, growth and running of the party over the last more than 20 years of her political life. It is this political investment that she has out of her own volition chosen to abandon especially at this time when the struggle to free this country has reached a critical stage and requires all of us,” Amurait said.

Although many were surprised by Ssebugwawo’s appointment, some within the FDC saw it coming. Three people interviewed for this story said when Ssebugwawo lost her re-election bid for Lubaga division mayor, President Museveni himself was on-hand to offer her a shoulder to cry on.

He called and consoled her. One source said that Ssebugwawo has been one of the few opposition division mayors in Kampala with a years-long warm relationship with the president.

“They have always been talking on phone and sometimes she has actually visited him. Therefore, you can say they had a warm relationship,” one source said.

Another source told this writer, weeks before her appointment, that Ssebugwawo and two [name withheld] other senior officials within the party had been consulted and accepted to take up ministerial appointments in Museveni’s government.

This source, however, said when security did its due diligence, it found a few scruples with Ssebugwawo’s academic qualifications. For one to be successfully vetted by parliament to take up a ministerial appointment, he or she must have an A-level certificate or its equivalent.

“I’m sure she has no papers, but this being Uganda, you never know what happens, let’s wait and see,” the source said.

Two weeks ago, this newspaper wrote that Museveni had infiltrated FDC to the extent of bankrolling the party’s presidential campaign, a claim the party hierarchy roundly denied.

Dr Kizza Besigye, the founding party president, said although it was not true that Museveni funded the party’s election campaigns, nonetheless, it would not be surprising that the president would co-opt some party officials in his quest to infiltrate the opposition.

“I am definitely aware that Museveni has been infiltrating FDC, as he, indeed, does to all other parties. This has been going on since the party was formed. For obvious reasons, the infiltration effort tends to escalate towards elections.

Interviewed for a comment, Ibrahim Ssemujju Nganda, the party spokesperson, said he was taken aback by the appointment of Ssebugwawo but was quick to add that, the appointment will not stop his party from pushing ahead with its regime change agenda in Uganda.

“By negotiating and accepting a ministerial appointment in a government we have been fighting, Ssebugwawo has left FDC. The only trouble is that people who walked into that government before her are crying. They have been used and thrown out, thankfully. Her motivation and reasons are matters she has not shared with anyone in FDC. Her appointment has annoyed many people but that doesn’t take away her contribution to FDC,” Ssemujju said.

The Kira municipality MP added they will miss Ssebugwawo for her generosity towards the party and individual members. He confesses that he was one of the beneficiaries of this generosity in 2010 when he joined politics.

“Ssebugwawo gave me money not once but twice to run my campaign. She has been a very generous person, contributing money for campaigns for the party and individuals. So, I owe it to her. Therefore, I would be a bad person to say she has been bad throughout. I’m only shocked that at her age and experience, she can go to join a sinking boat,” Ssemujju said.

Asked whether this confirms Museveni’s revelation that he’s talking to some people in the Najjanankumbi-headquartered party, Ssemujju said he was glad that Ssebugwawo had chosen to come out in the open.

“As the spokesperson of FDC, I will be glad that all those who are speaking to Museveni go and join him so that we don’t have people in meetings who are there on behalf of Museveni. People who attack FDC don’t attack it because of what it has done but because they want to occupy the position it occupied or it occupies. We are all fighting Museveni and we don’t know what organization will remove him and who will be in that organization but there is some excitement in town. So this has nothing to do with Ssebugwawo. She only provides a platform to continue attacking FDC,” Ssemujju said.

Ssebugwawo together with 79 other ministers are expected to appear before the parliamentary Appointments Committee to be vetted. If she is successful, she will replace Peter Ogwang as the state minister for ICT and National Guidance.

That's probably why he never comments on an issue like this. NUP is right not to join this curtail.

NUP has already sold out-did you hear what happened to councillors in kawempe and makindy e where NUP had majority but lost speakeship to NRM? all bought!!! Just like kdaga bought NUP Mps. FDC oyee
Report to administrator
0 #12 juwait kali 2021-06-17 16:58
Naboma that was something else it was a numbers game, and who cares about the speakers hip race what does it bring to the table for us who want change?

That's probably why he never comments on an issue like this. NUP is right not to join this curtail.

What an uncalled celebration. Has FDC gone so low that all they can do is compare their achievements to who has eaten the pig ears this time round!!
Report to administrator
12