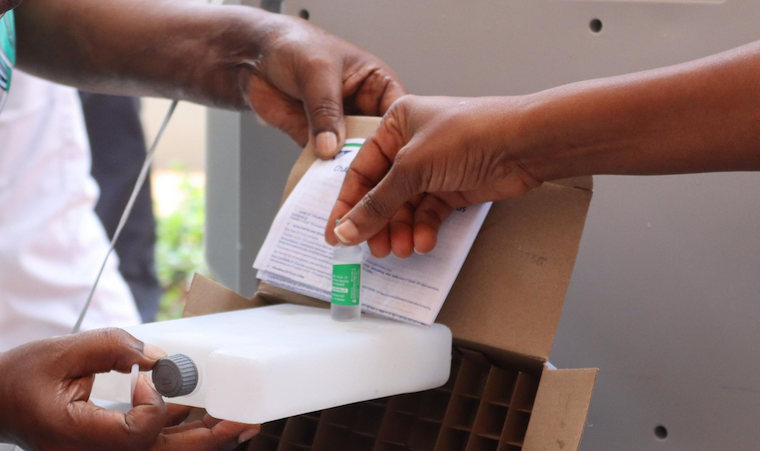 Ministry of Health has directed Kampala Capital City Authority (KCCA) to account for all the coronavirus disease (COVID-19) vaccines it received for the vaccination exercise.

Uganda earlier this year received 964,000 vaccine doses which were sent to different local governments. According to the ministry, KCCA was one of the local government authorities that received the highest number of vaccines. It is estimated that over 200,000 doses were given to the authority. Now the ministry wants it to account for 21,000 doses.

As of Wednesday last week, data from the ministry shows that KCCA had the highest number of unaccounted for vaccines in the country. Dr Alfred Driwale, the programme manager of the Uganda National Expanded Programme on Immunization says the vaccines in question were given to KCCA, which was in charge of vaccination in Kampala.

However, there's no data to show that the vaccines in question were used. According to Driwale, they are yet to get a reply from KCCA on whether all the vaccines have been used or not. Each person who gets vaccinated is supposed to have their National ID details captured. This data is then forwarded to the health ministry's vaccination team that updates the uptake of the vaccines from different districts.

KCCA is being asked to account for vaccines at a time when police has launched investigations into the theft of 600 doses of the AstraZeneca vaccines found in two private clinics in Kampala. 12 suspects have been arrested from the two facilities.

Those who have been arrested are employees of UMC Victoria hospital and First Pharmacy. Victoria hospital was one of the few private facilities that KCCA gave permission to carry out vaccination. It is alleged that some people paid between Shs 300,000 and 500,000 to access the vaccines that are supposed to be free of charge from some clinics within Kampala.

The director of public health and environment at KCCA, Dr Daniel Okello said that the authority had used up all the health ministry allocated vaccines. He refuted claims that some of the unaccounted for vaccines could be those that were recovered at private clinics.

"We do not have any more vaccines, we are waiting for the ministry to allocate to us more as we used all that we were given," Dr Okello said.

KCCA spokesperson Daniel NuweAbine said in response that KCCA has had a surge in demand for COVID-19 vaccines in the last few weeks leading to crowding of the health facilities & a backlog in data entry of persons’ particulars at several vaccination points. It’s premature to say vaccines are missing yet data entry is ongoing."

According to the health ministry, the next consignment of vaccines of 175,000 doses is expected to arrive this week. The vaccines will be used to give second doses to persons who have already received at least one dose of the vaccine.

+1 #1 Wainanchi 2021-06-14 19:47
Mayor Erias Lukeago ,rooster who is parading as chief ilof Kampala should be kicked out His role is to supervise and help Kampala and not only to engage in politicking

Health care has since gone to dogs and Uganda's simply survive by Grace of God. Those in top government positions get facilitation to get hospitalized abroad.
Report to administrator
0 #3 kabayekka 2021-06-15 00:47
No wonder lots of citizens do not want to pronounce themselves in these public service facilities which have turned themselves into lucrative COVID19 business entities!
Report to administrator
0 #4 Mweru Samuel Byachi 2021-06-15 16:14
I support the fourth estate but i want to take sides with KCCA because some technical things are not just rushed like filing a story.

UNEB examiners mark and take time grading and we cannot allege that they lost the scripts till we get the results at the right time. In any case the same Ugandans making noise were being literary forced to take the jabs.

It was shameful and still remains so when some key medics at the district levels have not taken a single jab to date.
Report to administrator