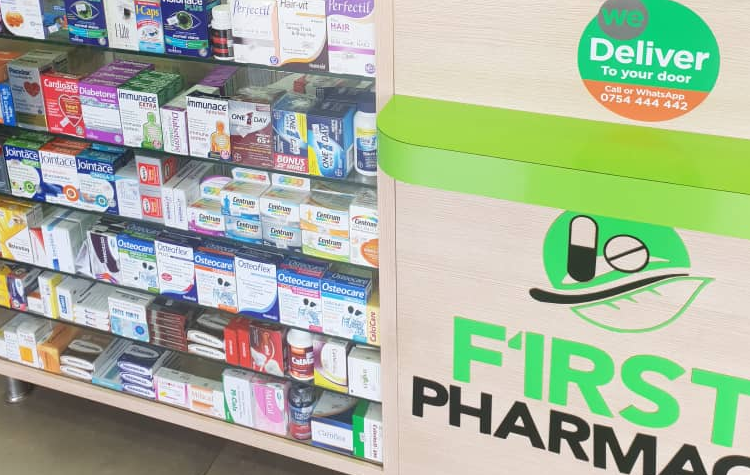 Uganda Police insists First Pharmacy was involved in the theft of 800 doses of the AstraZeneca COVID-19 vaccines despite the facility pleading innocency and instead demanding an apology from the police.

Police have since named 12 suspects picked up from Wandegeya complex that houses First Pharmacy, True Care Medical Centre and Modern Diagnostic Laboratory. According to police, upon search, over 803 AstraZeneca vaccines were recovered, thousands of empty virals supposed to be returned to government health facilities for accountability and over 1000 ministry of Health vaccination cards, consent forms, Kiswa Health Centre and Naguru Health Centre stamps, test tubes.

On Monday morning, First pharmacy held a press conference disputing the allegations and demanded an apology from the police,  claiming no raid was conducted on their facility or vaccines recovered. But the police insist some of the suspects belong to the pharmacy.

Enanga notes that investigations by the Criminal Investigations Directorates (CID) are still ongoing. According to Enanga, the investigations will reveal whether or not the suspects picked from First pharmacy work there or not.

Enanga notes that police have slapped different charges including being in possession of government stores, conspiracy to commit felonies, and theft against the suspects. Police indicate that similar operations are still ongoing after discovering that unscrupulous people stole vaccines from the ministry of Health store and are now busy selling them on the black market to the public.

More than 50 percent of the 964,000 doses of AstraZeneca COVID-19 vaccines donated by Covax Facility and India have already been used.

Recently, President Museveni in his televised address said that the government is preparing to get Johnson and Johnson vaccines from the USA and Cuba since India suspended exports. UNICEF announced that another 170,000 doses would be arriving in the country in two weeks.

0 #1 kabayekka 2021-06-15 00:30
So how come is this free international vaccination going underground for application?

One reckons the country has no common peace and understanding amongst the communities!
Report to administrator
0 #2 kabayekka 2021-06-15 00:40
IIt must therefore be worse for the general health for the population, in the hospitals. Treatment especially for COVID19 is poor.

And the infection rate is raising because of such criminality in the national health service!
Report to administrator
+1 #3 Mweru Samuel Byachi 2021-06-15 16:07
The Police publicist should as a matter of urgency present the facts about First Pharmacy lest the image of the Force will be tainted.

PR should not be perceived to be lies like the Pharmacy is making the public believe. Could the police publish the names of the employees allegedly arrested from the said pharmacy to maintain its credibility?

This should be the case because the issue of vaccines is a serious matter when we are losing people this much and when some people have not yet got the second jabs.
Report to administrator
0 #4 Nseka Mali 2021-06-15 23:52
Since theft /stealing is becoming endemic in Uganda, and generally black Africa, some official with authorization should organize National prayers to pray for thieves -from petty ones to sophisticated ones- to give up the demonic vice of stealing!!!

For how long will thieves tarnish this country??? Do the thieves know the amount of damage theft can /is causing to this African country economically??
Report to administrator