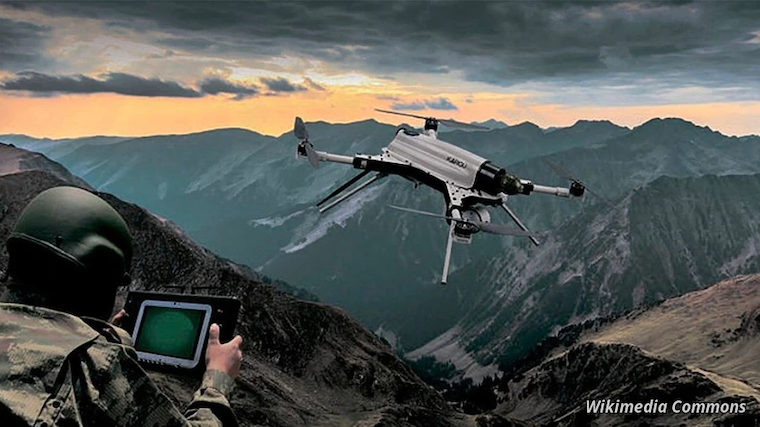 Western military experts are assessing whether an autonomous drone operated by artificial intelligence, or AI, killed people — in Libya last year — for the first time without a human controller directing it remotely to do so.

A report by a United Nations panel of experts issued last week that concluded an advanced drone deployed in Libya “hunted down and remotely engaged” soldiers fighting for Libyan general Khalifa Haftar has prompted a frenetic debate among Western security officials and analysts.

Governments at the United Nations have been debating for months whether a global pact should be agreed on the use of armed drones, autonomous and otherwise, and what restrictions should be placed on them. The U.N.’s Libya report is adding urgency to the debate. Drone advances have “a lot of implications regionally and globally,” says Ziya Meral of the Britain’s Royal United Services Institute, a defense think tank.

“It is time to assess where things are with Turkish drones and advanced warfare technology and what this means for the region and what it means for NATO,” he said at a RUSI-hosted event in London.

According to the U.N. report, Turkish-made Kargu-2 lethal autonomous aircraft launched so-called swarm attacks, likely on behalf of Libya’s Government of National Accord, against the warlord Haftar’s militias in March last year, marking the first time AI-equipped drones accomplished a successful attack. Remnants of a Kargu-2 were recovered later.

The use of autonomous drones that do not require human operators to guide them remotely once they have been programmed is opposed by many human rights organizations. There were rumors that Turkish-supplied AI drones, alongside remote-guided ones, were used last year by Azerbaijani forces in their clashes with Armenia in the disputed region of Nagorno-Karabakh and its surrounding territories.

If AI drones did launch lethal swarm attacks it would mark a “new chapter in autonomous weapons,” worries the Bulletin of the Atomic Scientists. Critics of AI drones, which can use facial-recognition technology, say they raise a number of moral, ethical and legal dilemmas.

“These types of weapons operate on software-based algorithms ‘taught’ through large training datasets to, for example, classify various objects. Computer vision programs can be trained to identify school buses, tractors, and tanks. But the datasets they train on may not be sufficiently complex or robust, and an artificial intelligence (AI) may ‘learn’ the wrong lesson,” the non-profit Bulletin warns.

The manufacturer of the Kargu-2, Defense Technologies and Trade (STM), told Turkish media last year that their drones are equipped with facial-recognition technology, allowing individual targets to be identified and neutralized without having to deploy ground forces. And company executives say Kargu-2 drones can swarm together overwhelming defenses.

Speaking at a parliamentary meeting of his ruling Justice and Development Party (AKP) in Ankara, Erdogan said Turkey plans to go further and is aiming to be among the first countries to develop an AI-managed warplane. Recently the chief technology officer of Baykar, a major Turkish drone manufacturer, announced the company had slated 2023 for the maiden flight of its prototype unmanned fighter jet.

Sanctions and embargoes on Turkey in recent years have been a major driving force behind Ankara pressing ahead to develop a new generation of unconventional weapons, says Ulrike Franke of the European Council for Foreign Relations.

“Turkey has become a significant player in the global drone market,” she said at the RUSI event. When it comes to armed drones, she noted, there are four states dominating drone development — the U.S., Israel, China and Turkey. The latter pair, the “new kids on the block,” are driving drone proliferation because unlike the U.S. they are not reticent about export sales, she said.

“Turkey has shown that a mid-sized power, when it puts its mind and money behind it, can develop very sophisticated armed drones,” says Franke.

Last October when the disputed enclave of Nagorno-Karabakh saw the worst fighting there since 1994, Turkish drones were assessed as having given Azerbaijan a key edge over the Armenians. Turkish drones sliced through Armenia’s air defenses and pummeled its Russian-made tanks.

Analysts calculate around 90 countries have military drones for reconnaissance and intelligence missions and at least a dozen states have armed drones. Britain is believed to have ten; Turkey around 140. The U.S. air force has around 300 Reaper drones alone. The deployment of armed drones to conduct targeted killings outside formal war zones has been highly contentious. But AI drone development is adding to global alarm.

“With more and more countries acquiring armed drones, there is a risk that the controversies surrounding how drones are used and the challenges these pose to international legal frameworks, as well as to democratic values such as transparency, accountability and the rule of law, could also increase,” Britain’s Chatham House noted in a research paper published in April.

“This is accentuated further, given that the use of drones continues to expand and to evolve in new ways, and in the absence of a distinct legal framework to regulate such use,” say the paper’s authors Jessica Dorsey and Nilza Amaral.