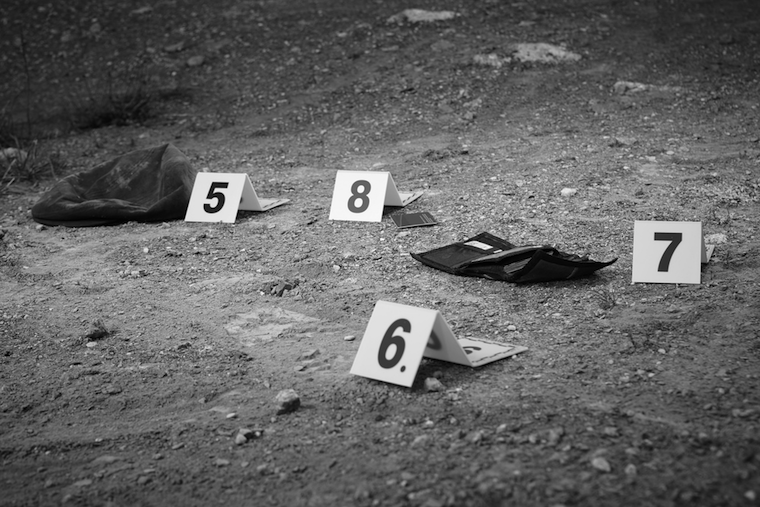 The incident occurred around 9 pm on Wednesday night at Kanku village in Kiwangala parish in Kisseka sub-county. Available information indicates that the two brothers were heading home in a Toyota Premio vehicle, registration number UAM 120N when the two gun-wielding men wearing police jackets shot at their vehicle several times.

The assailants disappeared on a motorcycle, leaving Matovu dead and Kato bleeding profusely. Residents rushed to the scene and rushed Kato to the hospital. The deceased’s son, Denis Mpuuga, says that they waited for Matovu and Kato to return home in vain until when they received information about the shooting.

Akampurira says they are yet to get any clues on the murder. Police have towed the deceased’s vehicle to Mbirizi police station as investigations continue.

Kato has been transferred to Mulago National Referral hospital in Kampala. Matovu’s body is lying at Masaka hospital mortuary pending a postmortem.

-18 #1 Wainanchi 2021-06-03 23:45
I see the finger prints of foreign intelligence attacking military,business community trying to disrupt quest Uganda life.Wr see that Kabobi Swine is keeping quiet knowing what is happening and being well informed by his foreign bosses

Wamala Survived but they will get Him! Psychopaths like Wainamavi singing Praises
of a FAILED State! Even if it Costs 10.000.000 dead! Uganda will raise up Strong and NO Muvandimwe will repeat this Nonsense to US!!..

I see the finger prints of foreign intelligence attacking military,business community trying to disrupt quest Uganda life.Wr see that Kabobi Swine is keeping quiet knowing what is happening and being well informed by his foreign bosses

I see the fingers of Luweero Triangle repeating coming back.
Report to administrator
+2 #4 Mbeho Achuc 2021-06-04 06:08
Uganda's criminals are on boda motor cycles, and if this boda boda nuisance is not solved, or even outlawed entirely, we shall suffer further at the hands of the said boda boda operators who rule Uganda's roads in cities and villages alike..

I get amazed and disgusted when boda bodas ride scot free with their Registration number plates raised intentionally to make it difficult for anyone including the police to read those number plates!!

I urge police to arrest those boda riders who now are kings on Uganda's roads and neighborhood s , that hide their number plates in order to commit crime and ride off undetected...

Can you imagine that some of them deliberately disconnect the tail lights on their new bikes to make it impossible to read their number plates at night???

I see the finger prints of foreign intelligence attacking military,business community trying to disrupt quest Uganda life.Wr see that Kabobi Swine is keeping quiet knowing what is happening and being well informed by his foreign bosses

But you heartless Wainainchi, you are one of the PIGS (people in government securities) Gen Tibuhaburwa referred to; who almost murdered Gen Katumba Wamala last but succeeded in killing his daughter.
Report to administrator
+2 #6 juwait kali 2021-06-04 13:23
If Ugandans were not so dumb they would have put down business and sort out the politics first by any means possible.

The least cost way is coming out in numbers and protest take over Government buildings. The longer they leave it, the more likely it will be sorted out from DRC advancing from there.

And that will kill a lot of people. That's why Museveni is building roads over there to pre empty the imminent attack.

All the advice we give falls on deaf ears. When Olubiri was attacked we volunteered to restore peace.

Unfortunately we joined the person we did not know anything about look where it has landed us. Unfortunately at my age now I can't take cover in the underarch. Siezi songa mbere tena. Lakini hawo vijana wadogo wanaeza.
Report to administrator
+1 #7 Isaac Musinguzi 2021-06-04 18:54
[quote name="Wainanchi"]I see the finger prints of foreign intelligence attacking military,business community....

Who killed Zebra Mando? What has been done to the killers?

It is this dictatorship which is killing Ugandans in cold blood and deceiving us with useless investigations which don't yield anything.

The dictator himself said he knows those who killed Zebra but almost 6 months later nothing has been done to the killers - no arrests, no prosecution, no nothing.

By the way, the dictator refers to the people who kill Ugandans as PIGS and if you know how to read a letter in an envelope (kusoma ebbaluwa mu bbaasa) the PIGS the dictator refers to means People In Government Service (P.I.G.S). I pity people who still trust this corrupt and murderous dictatorship.
Report to administrator
+1 #8 Wainanchi 2021-06-04 20:05
Thugs..you have nothing to do but just spill your anger and poison.

It is not good to praise killing of generals daughter but Pitty you do not show your ugly face to get some nice rewards ,like breaking your nose or taking off your nickers to do something you deserve but not for general public Hehehehahahakokojokikiki
Long live Yoweri Kaguta Museveni
Long live general Karumba Wamals.
Down with the pigs!!
To hell with pigs.We shall piga piga pigs
Hshahahag
Report to administrator
0 #9 Wainanchi 2021-06-06 19:08
Mbeho Achuc..I fully agree with you Mbeho.

They come from all corners of Uganda and mostly are lazy just not willing to work in your estates but selling whatever they can sell to buy second hanf Japsnrse motorbikes.

They should be banned from. big cities and traffic problems solved with matatus and buses tramways etc.

If you want to risk your dear lives do board some of them and gamble is you reach final destination unhurt.z

Hospitals are full of Ugandans with broken limbs.
I saw myself one young female passenger flying from motorbike in a desdly and fatal crash
Report to administrator