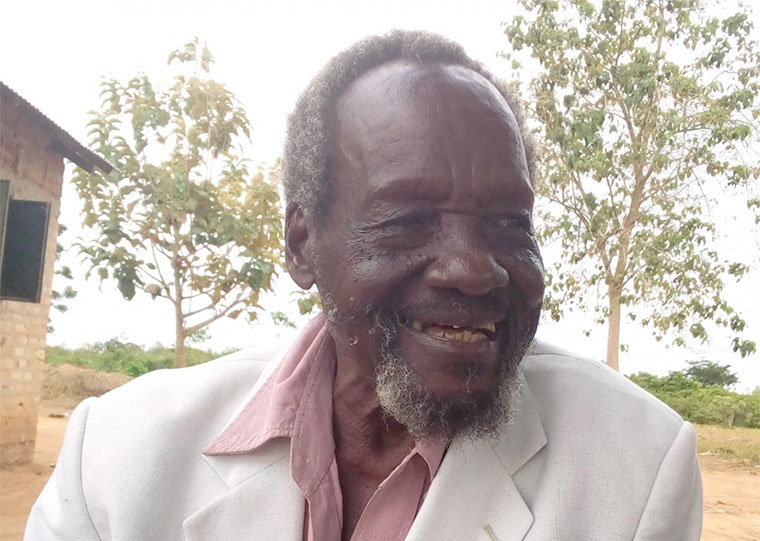 Obodo, then the head of the VIP protection unit at the president's office was at Kenya's Jomo Kenyatta international airport awaiting Obote's return from Singapore where he had gone to attend a Commonwealth conference when he learned of a military coup in Uganda.

As sporadic gunfire hovered over Kampala and troops ringed parliament and seized the national radio station, post office, the railway station and banks and other strategic positions, Obodo aided Obote’s path from Jomo Kenyatta airport to Dar es Salaam, Tanzania where they were welcomed by Mwalimu Julius Nyerere’s government.

Obodo says that his boss felt insecure in Kenya when President Jomo Kenyatta failed to welcome or visit him when he arrived at Jomo Kenyatta airport on January 26 amidst all the developments in Uganda.

Obote lived as a refugee in Tanzania and soon, he and his team started organizing fighters to come back and overthrow Idi Amin. On the basis of his friendship with Nyerere, Obote stayed in Tanzania and continued organizing, until he forced his way back home in 1979.

But while Obote and other exiles forced their way back in Uganda, in 1979, Obodo, a former accountant declined to heed Obote’s call to return home, a decision he says was based on the uncertainty that he foresaw in Uganda’s politics at the time. For him, it was clear that another coup was in the pipeline.

“First, he didn’t give me money to enable my return home but most importantly, I had foreseen another coup in Uganda," Obodo says.

"I was not in touch with him except once when he came to Dar es Salaam, it was independence of Tanzania, he sent some State House officials to look for me. He called me [but] he never gave me even one cent. I was thankful and he admitted that things at home are not good," he added.

He recalls that during the time he stayed in Tanzania, he was managing some of the businesses established by Obote. He worked as the assistant manager of VadGama Buildings, an Indian company in which Dr Obote had shares and oversaw Obote’s other businesses in Tanzania, especially in hotel and tourism before they were liquidated.

He was also involved in the first discussions to mobilize support, training from Tanzania, Somalia and Sudan against Gen Amin. But Obote recalled him to the protection unit of his family in 1973. He also played a key role in providing logistics for the soldiers in the battle against Amin.

When Obote regained power in 1980, Obodo remained his emissary in Tanzania, until 1982 when he was edged out of State House in Dar es Salaam. Obodo says that his ejection, which came a few weeks after he declined to return home as requested by President Obote, drastically changed his life and he resorted to doing all sorts of odd jobs, including emptying toilets, bricklaying, and stone quarrying, among others, to earn a living.

"I did all sorts of odd jobs, I even laid bricks for people who want to build houses - if you want blocks to be manufactured you call me, we negotiate how much per block including sand and all the other raw materials quarry stones, cement, I would do the jobs with my fellow boys here and you pay us. Whatever we get, we divide. It was very difficult to get employed, Tanzanians themselves have no jobs, even the educated have no jobs so it is more difficult to give a foreigner - so I had to do anything for a living without breaking the law of the country," Obodo said.

But as years went by, his health began to deteriorate and he couldn’t work anymore. At the moment, Obodo has a hearing impairment and a swollen left leg which makes his movements difficult. He has also undergone an operation to repair his eyesight, although he still has visual challenges. He explains that he has made several attempts to return home, which, however, were frustrated by the Tanzanian government for unclear reasons.
“My first attempt to return home was in 1990 but I was blocked. I tried again in 2008 and 2010 in vain. I remained helpless until May 2017 when my health condition worsened until UNHCR came to my rescue.
On the day of his return, Obodo says he had only $100, an amount he got after exchanging all his available savings from the Tanzanian currency. Obodo was an accountant working with the ministry of Works and Transport in Soroti and Bukedi until 1965 when he joined the Office of Prime Minister and later President Obote. He also worked as an assistant district commissioner for Bukedi district before going for military training in Uganda, Israel and Russia.

In his security assignments, Obodo worked briefly with a young Yoweri Museveni in the general service department of the Office of the President in 1971. His son, John Ekoyu, whom he left in Uganda at the age of five is only hoping that the government considers compensating his father to help him resettle with the family. Ekoyu, who dropped out of school in senior two, has been the breadwinner for Obodo’s two wives and their children.

Obodo, 81, now joins his family at Akere Village, Agora Parish in Soroti City West. He was welcomed with a thanksgiving ceremony held at home.

Obodo,81 was the guard of a president whose regime is well documented for the murder and maiming of Baganda.

You are even lucky to be alive. But just like Obodo, bad history is about to repeat itself when this current regime falls.

The skulls in Luweeru are from northerners killed by the Baganda, are they not? You are as holly as your Late Archbishop was.
Report to administrator
0 #12 Lakwena 2021-05-17 09:37
In other words, why do bad things happen to good people? Obodo's testament is just one out of the million sad and untold stories of inhumanity to humanity.

However, while we may sympathize with Obodo's sad story, I think he didn't try enough to come back home. Or he had something he was afraid of returning to.
Report to administrator
12