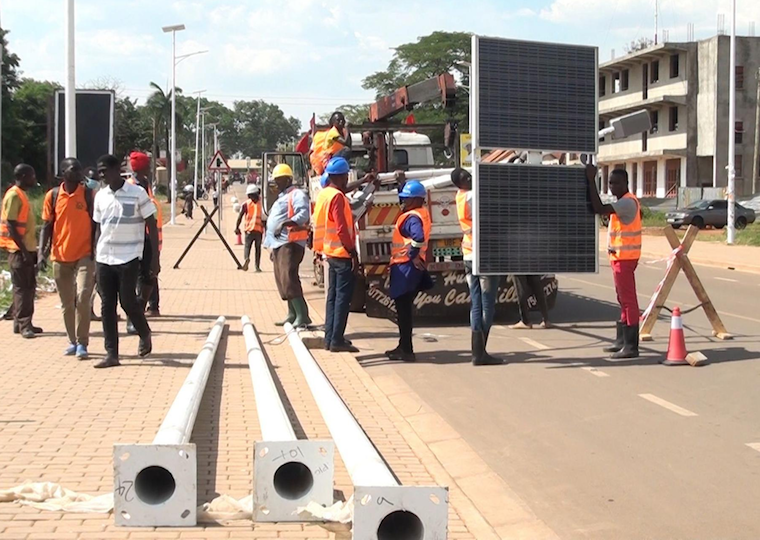 Authorities of Gulu city are struggling to repair dozens of broken solar street lights installed under the Uganda Support to Municipal for Infrastructural Development (USMID) project in 2019.

In October 2019, Gulu started the installation of more than 1,000 solar-powered street lights along several roads that were upgraded under the USMID project at a tune of Shs 3.2 billion.

Some of them are located along Ring road, Walter Opwonya road, Odur Min Odyek road, Cemetery road, Acholi Lane, Commercial road, and Lumumba Avenue among others.

The breakdown of the street lights has also raised concerns among residents within Gulu city who say that it is posing insecurity at night hours and aiding criminal activities.

Robert Okwonga, the local chairperson for Goans Quarter in the Bardege-Layibi division says that criminals are taking advantage of the dark spots to waylay their victims and rob them.

Alex Okoya, another resident described the dark spots as a death trap for anyone and an avenue for thugs to waylay people and rob them of their belonging mercilessly. He appealed to the city authorities to fast-track repairs of the broken street lights to save the lives of people and their security as well.

Edward Kiwanuka Guava, the Gulu city town clerk acknowledged the problems but said that they are incapacitated to service and repair the street lights due to the lack of a crane truck. He explained that they are considering hiring a private company with a crane to repair.

One time I found a Haji at at a Fuel Station seated in the Service Bay, next to his Sleek Mercedes Benz.

But the Service man whispered to me that the guy didn't have the money to top up the oil in his Benze, and therefore waiting for not so bad oil drained from other people's vehicles.

In other words, a Tinny, New City without a single Cherry Picker, to repair its street lights is despicable. E.g. the Japanese did a first-class, typical Japanese standard job on the streets and especially the drainage.

But am sure when they come and look at the clog and mess, it is bewildering. E.g. most of the Side-walk cub bumper blocks have already been knocked off their bases.
Report to administrator