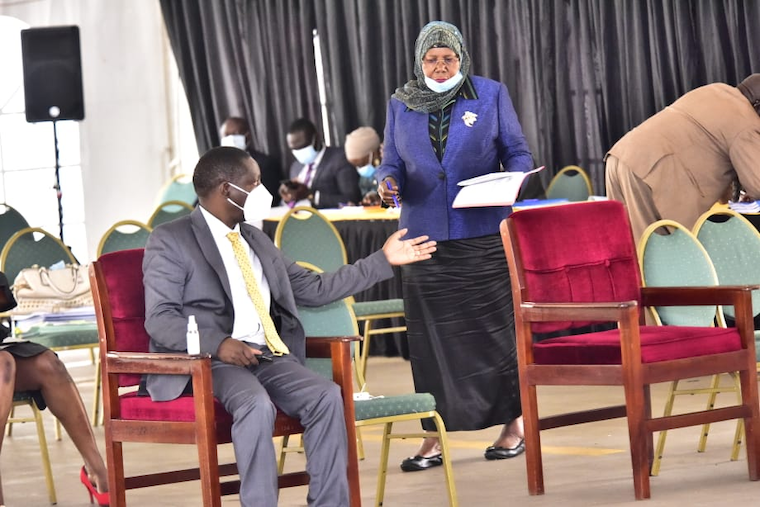 The 10th parliament has closed shop with the approval of five loans worth Shs 4.8 trillion in just two days.

Parliament's five-year term concluded today, Tuesday according to speaker Rebecca Kadaga. On Monday, parliament approved two loans worth Shs 2.3 trillion from the AFREXIM Bank and the Trade and Development Bank to finance the budget for FY 2021/2022.

Additionally, the MPs approved a loan request by government to borrow up to two Special Drawing Rights (SDR) worth Shs 97 billion from the International Development Association (IDA) of the World Bank for COVID-19 response and Uganda Reproductive, Maternal and Child Health Improvement Project.

Today Tuesday, the minister of Finance yet again tabled three loan requests worth Shs 3 trillion which were approved by parliament. The MPs approved government's request to borrow for additional financing of up to Shs 894 billion of SDR from the IDA of the World Bank to support the Uganda Inter-Governmental Fiscal Transfers Programme for results.

Parliament also approved a loan request by the government to borrow up to a total of Shs 1.4 trillion from the African Development Fund, African Development Bank, and the corporate Internalization fund of Spain for the refurbishment of the Kampala-Malaba Meter Gauge Railway.

Another loan of 112 billion from the African Development Fund to finance revenue shortfalls has also been approved. Kalungu West MP Joseph Ssewungu says that it seems the lenders give money to Uganda without due diligence. Ssewungu says for instance, when one goes to borrow money from a commercial bank, they're asked for a financial card to find out whether one still has the capacity to borrow.

“Do countries also have financial cards, where the lending agencies like banks read about your performance? What I am seeing is way beyond” Ssewungu said.

Geoffrey Macho, the Busia Municipality MP says that it is sad that the outgoing parliament will be known as a parliament of loans.

"The 10th parliament will be known as a parliament of loans - borrowing right, left and center. My appeal to government is that these loans should be used for the intentions that they have been borrowed for and at least let us see development. Even the bible says we shall see them by their works. Let people see us by our works in terms of infrastructure development because majorly why we're lagging behind is infrastructure development. We need better roads, we need a good railway system that runs around the country to help our people to move people around, we need good hospitals." said Macho.

Lwemiyaga MP Theodore Ssekikubo says there should be an audit on loans.

"I think we deserve as a country to do better but we need to be frugal, the wasteful expenditure, the profligacy in projects is too overwhelming. An audit should be carried out because by us rising to 49 [per cent to GPD ratio] were heading towards red," Ssekikubo said.

“The cost per kilometer meter track of the project is much more than that of rehabilitating the Tororo-Gulu railway line yet Uganda Railway Corporation is attributing this difference in cost to the scope of works which is not true,” Odur says.