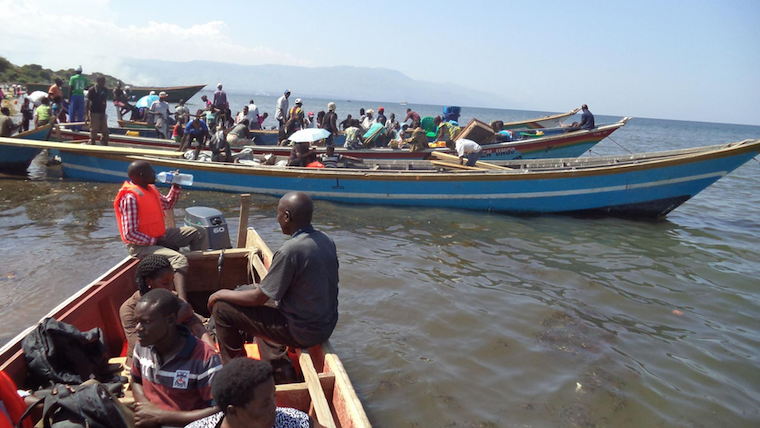 12 people have been rescued after their boat capsized on Lake Albert. The boat was travelling from Kyehoro landing site in Kikuube district to Panyimur fish market in Pakwach district.

The accident occurred in the wee hours of Monday morning at around 2:30 am near Fofo landing site in Tonya parish, Buseruka sub-county in Hoima district. The boat was also carrying 328 bags of silverfish that was being transported to Panyimur fish market.

Baker Ogen, the Fofo landing site LC I chairperson says that the passengers were rescued by fishermen who heard their cries for help after the boat capsized.

“Fortunately all the twelve passengers who were in the boat were rescued alive and they are currently here at Fofo landing site and they are in good condition," said Ogen.

Albert Onyuthfua, one of the survivors says that their boat was hit by strong winds. He says that when the boat started capsizing some people dived into the lake to swim. Julius Hakiza, the Albertine region police spokesperson says the marine police was planning to retrieve the wreckage of the capsized boat. Boat accidents are common on Lake Albert.

On May 25, 2020, eight people drowned after a boat on, which they were travelling capsized on Lake Albert. They were part of over 30 football players and fans from Fofo landing site in Hoima district that were heading to Runga landing site in Kibiro parish Kigorobya Sub County for a football match.

On December 25, 2016, at least 30 members of a village football team and their fans drowned in the Lake Albert waters in Bullisa district. They were heading to Runga landing site from Kaweibanda landing site for a friendly Christmas football match.