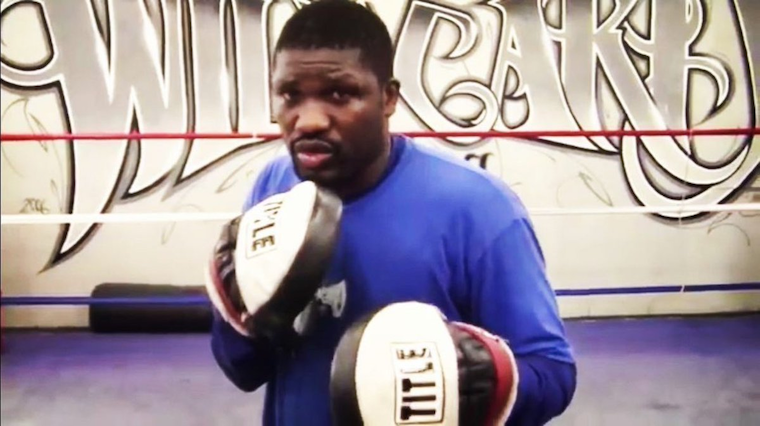 He was one of the most feared and lethal fighters during his active ring days but Justin ‘The Ugandan Destroyer’ Juuko looks cornered and running out of options in this family property fight, reports MOSES MUGALU.

For last five years, Juuko, the 1990 Commonwealth Games champion and two-time world title challenger, has been embroiled in a bitter family property wrangle, pitying him against his paternal uncles; Apollo Juuko Kasiita and Enock Kisege.

And in the latest twist, Juuko says his heavy politically-connected uncle, Kasiita, deployed armed guards to stop him from accessing their ancestral homestead in Kagologolo, Bukomansimbi.  Kasiita is the resident district commissioner (RDC) of the central district of Lwengo.

Two years ago, Juuko rebuilt the family house in Kagologolo after being deserted for several years.

“I used my money to rebuild the house because it has dilapidated and a shame to our family. He (kasiita) did not put a single coin but he now wants to take control,” Juuko told The Observer earlier this week.

He added: “I have never slept in that house ever since I rebuilt it. Yet this is the house that I grew up in since I was one year old; that’s the kind of attachment I have got with it. And being the first grandson, I took the responsibility to save it from the bank which wanted to sell off after he (Kasiita) used it to secure a loan that he failed to back.”

Juuko, who is currently based in the United States of America (USA), alleged that other family members close to him are also barred from their Kagologolo family house on orders of Kasiita.

In April this year, Juuko, who is a member of the opposition Forum for Democratic Change (FDC) party, claimed Kasiita was behind his dramatic arrest and detention by the military late last year. Juuko was arrested by plain-clothes security operatives on December 12, 2020, in Kyazanga. He was later transferred to Kampala and detained at Makindye barracks.

He was subsequently charged with treason and illegal possession of arms before a military court. The military court, however, dropped the charges and released him on December 31.

While his arrest and detention coincided with the rampant countrywide abductions of opposition politicians in the run-up to the January 14 (2021) general elections, Juuko claims he has since established that he was set up by his family members.

He particularly pinned Kasiita. Incidentally, Juuko was arrested in Kyazanga, Lwengo district where Kasiita, as RDC, welds a lot of power.

Apart from the contested Kagologolo house, Juuko says he has had a long-running dispute with Kasiita over control of family land and other properties in Masaka districts.

“He used his office to frame me because that’s the only way he could take all this (property) but the pressure from many Ugandans and my fans all over the world piled on government to release me. These people who use government offices to solve personal and family affairs give a bad image to our country,” Juuko, who has since returned to the US after the January 14 elections, said.

He also accuses Kasiita of trying to grab more land of his late aunt Georgina Nakabiito. When contacted, Kasiita declined to readily comment. He asked The Observer to look for him at a later date.

After 19 days in army custody, Juuko’s detention drew worldwide attention, with several sports and political leaders calling for his release. When the Chief of Defence Forces, Gen David Muhoozi intervened, the charges against Juuko were dropped by the General Court Martial.

The army indicated in its charge sheet that Juuko was found training and mobilising youth from Kyengera, Kamengo, Lukaya, Masaka, Kyabakuza and Lyantonde “on how to use martial arts, small arms (pistol and SMG) and catapults against Ugandans after the January 14, 2021 elections.”

Juuko, 48, is well known as one of the boxers, who flew Uganda’s flag high in international boxing. And in one of Juuko’s career highlights, he won the World Boxing Council (WBC) International super featherweight title.

He also lost to Floyd Mayweather in the WBC World super featherweight title fight in May 1999 and Miguel Cotto in June 2002. Mayweather and Cotto are some of the most high-profile boxers in recent times.

He won 45 of them, 30 by knock-out, lost 12 and drew one. He joined active politics in the mid-2000s, and twice contested for Bukoto East parliamentary seat in the 2006 and 2011 general elections on FDC ticket. He lost on both attempts to Alintuma Nsambu (NRM) and DP’s Florence Namayamja respectively. He did not contest in the recent elections.