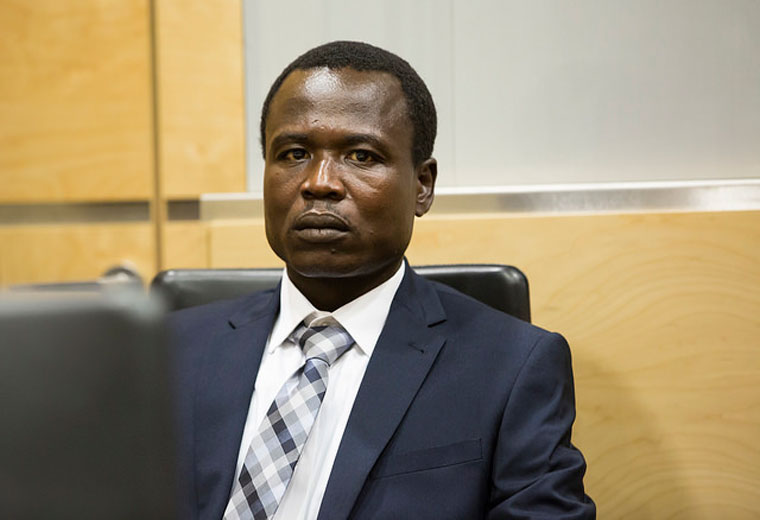 The former commander of rebel Lord's Resistance Army (LRA) Dominic Ongwen has been sentenced to 25 years in jail by the International Criminal Court (ICC).

A panel of three justices led by Bertam Schmitt delivered the verdict today Thursday. The other judges on the panel are Peter Kouvacs and Raul Cano Pangalangan.

The justices noted that they decided to jail the former warlord for 25 years because of the magnitude of the atrocities he committed so as to deter similar offences in the future and prove the position of the world in condemning the atrocities committed by the LRA.

Justice Raul had opted for a 30-year jail term, saying on grounds that the 61 counts slapped against Ogwen were not light offences. According to the ICC, Ongwen will serve his sentence outside the ICC but in a yet-to-be-identified facility in one of the state parties to the ICC.

The judges also said that the process of reparation for the LRA victims will commence immediately. ICC convicted Ongwen, 45, in February this year on 61 crimes including rape, sexual enslavement, child abductions, torture and murder as well as war crimes and crimes against humanity.

Ongwen committed the crimes in northern Uganda between 2002 and 2005 in Abok, Lukodi, Odek and Pajule internally displaced camps. During the trial, the prosecutions led by Fatou Bensouda had asked the court to hand Ongwen over 25 years in jail.

However, Ongwen's defense team led by Cryspus Oyena asked the court to give their client a jail term of less than ten years because he was a victim of the same situation following his abduction as a young boy. Ongwen, who surrendered in 2015, is the first LRA top commander to be convicted by the ICC.

In July 2005, the court issued sealed arrest warrants for top five LRA commanders including Joseph Kony, Vincent Otti, Raska Lukwiya, Okot Odhiambo and Dominic Ongwen. Lukwiya and Otti were killed in 2006 and 2007 respectively.  Odhiambo’s body was found in the Central African Republic in early 2015 while Kony remains at large in the vast forests of the Central African Republic and DRC.

Kony, formerly an altar boy in the Catholic church in Odek Sub County founded the LRA about 30-years ago. The group is suspected to have led to the death of more than 100,000 people, abduction of 60,000 and displaced millions of people, according to the United Nations.

At least he is better off being in a European jail than in our deadly ones here at home. The Acholi people would have even forgiven him through Mato Oput
Next time we shall discuss how the NRA/UPDF helped the LRA logistically.
Report to administrator
0 #2 kabayekka 2021-05-10 14:45
Indeed it is good news for African people who are fed up with African leadership who are ever determined to start brutal civil wars after others have been done with and finished.

Uganda is in such a nasty trap as soon as its independence in 1962 started. Brutal civil wars would start from a fear of the African leadership to loose national democratic elections.

African armies would start civil wars for greed of wealth and power. African governments would start brutal civil wars from rigging elections and blaming it all to the opposition.
Report to administrator
0 #3 kabayekka 2021-05-10 14:52
Mr Ongwen belongs to that African tribe of the Acholi, which during the colonial times of Uganda, was convinced that Uganda can only be ruled violently by the barrel of the gun.

This international court seems to be sending a very clear message to the militarists of Uganda. You hold the people of Uganda at gun point at your own peril!
Report to administrator