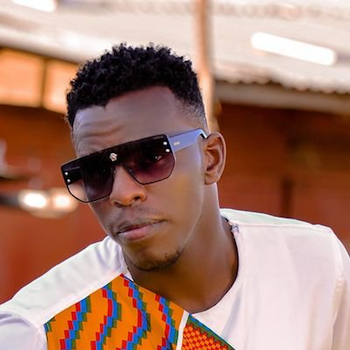 Local musician Mubarak Mandela aka Free Boy has sued telecom giants MTN-Uganda and Airtel for alleged copyright infringement. Through Viva Entertainment, the artiste accuses the two telecom giants of using his song “Kwata Essimu” since March 2020 to promote their sales without his consent.

In his suit before the High court Commercial Division, the artist wants both firms to compensate him Shs 175 million for copyright infringement. Through Katende and Sempebwa Advocates, Free boy and his promoter say that they decided to seek legal address after engaging the two companies since last year in vain.

Addressing journalists in Arua over the weekend, Free Boy who signed a music production and promotion agreement with Viva Entertainment in 2017, said that he has evidence implicating the telecoms for using his song “Kwata Essimu" as a caller tune to promote their sales.

"It’s a very big hustle back here in Arua for just somebody blowing out from this region, it takes a lot. And if they take what is yours and they don’t pay, and don’t even say anything about it. You call them, they just go silent about it. It is really really heartbreaking because this is never gonna happen to me alone. Even to the artists who will come after me are going to face the same issue. But we’re talking about copyrights here. When somebody has copyrights on his artistry or whatever belongs to him, you have a right to compensate. They used my song, they used our song as Viva Entertainment - something we invested in a lot. That wasn’t small money. I think people who watch videos do not really know what goes into the videos. We spent a lot," said Free Boy.

Gilbert Adibo, the CEO Viva Entertainment says that they instructed their lawyers to sue both telecoms after getting a cold response to their complaints. MTN has through its lawyers of Shonubi, Musoke and Co. Advocates denied the accusations of copyright infringement, saying they will task the applicants to prove their claims. It is not yet indicated when the court will hear the suit.