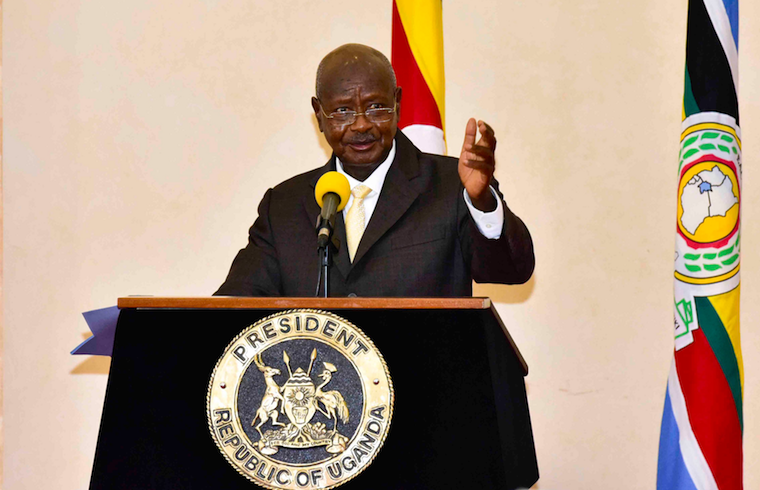 The government of Uganda says it is baffled by a recent US government report titled ‘2020 Country Reports on Human Rights Practices: Uganda’ released on March 30, 2021.

In the report, the State Department of the United States of America raises various concerns and allegations of torture, kidnap, arbitrary arrests and murder, human rights violations against members of the opposition, refugees, gays among others. Based on the report, the US imposed travel sanctions against unnamed top Ugandan officials.

Now, in an undated and unsigned response released by the Uganda Media Centre, the Uganda government reminds the US government of its sovereignty and that their partnership and sustenance of that relationship depends on principles of mutual respect, non-interference.

Uganda reminds the USA that more than anyone, it knows its responsibility of safeguarding and upholding human rights and that it will not be bullied by anyone and ordered through undue pressure on when and how to uphold human rights having already suffered the blunt realities of political insurgencies, political instability, dictatorships and uncontrolled media.

Uganda's response goes on to claim that the US compiled their report based on blatant limited knowledge about the realities on the ground in Uganda and biased media reports, which it says were planted by opposition politicians and their sympathisers. It also reminded the US that no government in the world can tolerate violent riots and every effort has to be made to nip the riots from the onset hence the heavy security deployment and arrests.

Government says it responded highhanded to opposition politicians during the runup to and after the January 14 election, particularly Robert Kyagulanyi Ssentamu aka Bobi Wine of the National Unity Platform (NUP) and Patrick Oboi Amuriat of the Forum for Democratic Change (FDC) because they publically declared 'Plan B' and disregarded and violated nearly all COVID-19 pandemic regulations.

"The government in its approach to the pandemic has prioritized the protection of human life. Since without the right to life it is impossible to enjoy any other right. The report deliberately ignores the conditions under which the elections were held. A total lockdown was declared on March 18, 2020, because of the pandemic given the rate and speed of infection at the time and the fact that how to manage it was unknown then," the response reads in part.

On the freedom of the media, the government says it strongly believes that the media is an important part of a democratic society and is essential to the protection of human rights, fundamental freedoms and socio-economic transformation. Uganda says the media is "fiercely independent" to the point that government is always engaged in diffusing 'lie after lie' planted in the media by the opposition and their sympathisers. It further said in Uganda, the content published in the media is not controlled or influenced by government but rather business interests and the private sector.

"The report also strangely makes baseless allegation of restriction and trampling on the freedom of expression and media. Uganda presently boasts of 322 privately-owned radio stations, 40 television stations, 56 licensed online publishers, and many newspapers with national coverage. Through these outlets, citizens of Uganda are free to express their views. In 2016 alone, Uganda spent Shs 350 billion (about $95m) in media advertising. The top twenty spenders were all private-sector institutions while more than 90 per cent of the media channels that consumed the money are all privately owned. Government of Uganda has only 24 media houses that command a small listenership/viewership and miniscule revenue. This is out of 322 stations across the country, since the airwaves were opened in 1992."

"This state of affairs openly contradicts the false narrative in the report. It is the private sector in Uganda NOT the government that largely determines major commercial and by extension, editorial decisions. Uganda’s media is fiercely independent and the same media has no recourse to intelligence services information used against opponents, often the way the same media relies on their intelligence agencies as sources of news to shape public opinion. As many Ugandans and foreigners who live in the county know, the Government in Uganda is always on the backpedal, rebutting lies after lies and heading into ‘storms’ almost always created and/or emanating from the privately-owned media houses; the same houses that gobble all the advertising revenue including the government’s own promotion expenditure."

On free and fair elections, the government says except once in 2011, all the five elections held since 1996 have been subjected to the scrutiny of the Supreme court, the highest court in the land and on all occasions determined that they'd been held in compliance with the Ugandan laws.

"Needless to say, a number of electoral reforms have been implemented on the basis of the lessons learned from the elections of 2016 and we call upon all our partners to interest themselves in those reforms, in order to appreciate the robustness of our electoral legal framework which, by most accounts, is one of the most progressive in Africa and beyond." the report states.

On errant conduct of security officers, government says it objects the 'false impression' that Uganda security officers Ugandan officers who take the law unto themselves and make mistakes in their line of duty are not apprehended.

It says, "in 2019 alone, some 2,175 complaints were registered against errant Police officers and the Police Standards Unit (PSU) investigated to conclusion some 1,446 while 729 are still under inquiries. As is the case with UPF, the UPDF too deals sternly with errant officers. For example, on February 19, 2021, the UPDF court-martial took action against seven soldiers who were implicated in the assault of some reporters. The Chief of Defense Forces (CDF) later publicly apologized to the Media fraternity on this matter."

On prisons conditions, Uganda says the US report omitted to comment on the milestones that the government of Uganda has registered in detention centres especially the prison services with Ugandan prison services rated among the best on the African continent and a benchmark for best prison services in developing countries.

"The Government of Uganda has taken demonstrable steps to improve the prison conditions affecting all prisoners and especially those with disabilities. This, it has done by increasing prison holding capacity from 14,334 in 2012/2013 to currently 19,456, expansion and construction of disability-friendly prisons for example Rukungiri and Mutufu; Kyangwali, Butyaba and Kitalya Minimax. Mutukula, Nebbi, Adjumani, Ragem and Orom-Tikau.. There is no such thing as ‘Forced Labour’ in Uganda Prisons Services as alleged in the report. [On] the contrary there are existing Policies and legislations regarding prison labour, composition of prison labour, nature of work done, earning scheme and payment of prisoners, employment of vulnerable persons in place. Strict measures are in place to ensure that officers in charge (OCs) comply with these regulations.

The report further perpetuates a falsehood that female suspects are detained in the same cell as men that is utterly baseless. In Uganda, all police cells have both female and male and the fake pictures that made their round on social media purporting to show female suspects jointly in detention with males were taken in the police station waiting area during statement taking. The report reaffirming this false goes confirms the limited knowledge of the authors of the reports on prison services conditions in Uganda."

Read that response and understand what we up against, violence! M7 has already threatened us through a Gen in Masaka, that if we ever get rid of him, M7 will turn Uganda into the streets of Mogadishu!

Non of those who have been killed were armed with any weapon or even a stone! Non of those who are kidnapped, tortured and detained had any weapon and/or declared war like M7 did in 1980.
Report to administrator
0 #12 Loveuganda 2021-04-19 17:08
Ugandan cannot stop amazing me. Unless that's a leaked document. How can you release an undated and unsigned official document unless no one wants to he responsible?

Ministry of Affairs is supposed to come out with an official statement. Sometimes I wonder how we Ugandans have made it this far. We are gery intelligent and articulate people. Government should not play dumb. Imagine talking about plan B.

Neither of those two people mentioned said anything about plan B. M7 talked about he bringing commandos who crushed terrorists. No other country or our neighbors talked about terrorists in Uganda. God help us and our offsprings.
Report to administrator
-1 #13 Remase 2021-04-19 17:09
I haven't declared any war against M7 or the govt but that person is giving reference to Lybia!

That goes to show you that M7, his family, relatives and tribesmen are determined to continue to kill innocent people in order to cling on power.

Yes, I know you need my face so that you could kill me! It's ok, go ahead, after all, you have a licence to and monopoly to kill! When you get me, feel free to torture as you doing to others, nothing will ever happen to you.

You have all the bases covered, right? Guess what, I won't stop until you either kill me or M7, his family, relatives and tribesmen are out of power.
Report to administrator
+4 #14 Akao 2021-04-19 20:56
Why doesnt Uganda keep off US affair too by refusing donations in exchange for fighting in Somali.

The senile dictator knows that all the funding for military equipments usedto terrorized Uganda is mostly funded by the US. On the other hand, it is all pretend from the US, they love dictators like Museveni who kiss their ass.

They want people to think they are doing something by making these empty noises. If they have to sanction anyone, the number one person to sanction should be museveni, not the police and army who are used and disposed off like condoms
Report to administrator
0 #15 Kayamba Cissy 2021-04-19 22:12
If you were blind, you/museveni would have no sin; but now you say, we see/know better, therefore your sin remains. Jesus said, for judgment I came into this world, that those who do not see may see, and that those who see may be made blind; (John 9:39-41).

Museveni repent and bear fruits worthy of repentance, or you will die in your sins which are visibly many!
Report to administrator
+2 #16 Lysol 2021-04-20 00:11
The US knows everything about Uganda. They have their people on the ground. By the way, who is in control of the country?
Report to administrator
0 #17 Kirya 2021-04-20 14:45
It is a good start America. We will demand more sanctio
and hope bombs can rain on the killers and the refuges.

M7 be assured we will not rest until you are captured.
We support a military change
Report to administrator
12