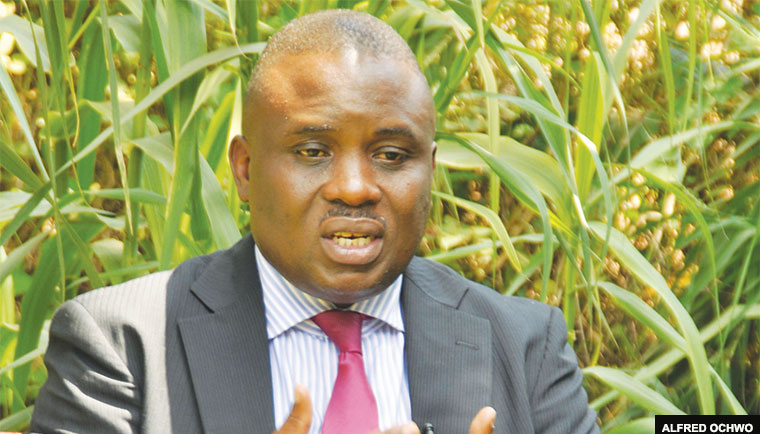 Kampala capital city lord mayor Erias Lukwago's life is out of danger, deputy lord mayor Doreen Nyanjura has said. Social media rumours indicated that Lukwago who is hospitalised in Nairobi, Kenya had become critically ill, with some even pronouncing him dead on Thursday evening.

Nyanjura, who says she's had spoken to Lukwago, told URN that doctors at Nairobi hospital have run several tests and results are so far are not worrying. She says without much detail into Lukwago's illness, that doctors are still running some tests and that they (doctors) shall issue a comprehensive report today Friday.

Lukwago was last seen in public earlier this month when he joined the faithful at Rubaga Cathedral to pray for the late Archbishop Dr. Cyprian Kizito Lwanga.

While at church, Lukwago fainted and was helped by his aides who linked the fainting to the heat in the church since the use of fans and air conditioners is discouraged over the spread of the coronavirus (COVID-19).

Last year, Lukwago who was receiving treatment at Nsambya hospital left the country on November 24 to seek further treatment at the Agha Khan hospital in Nairobi after he had been diagnosed with acute anaphylaxis, a severe and potentially life-threatening allergic reaction that experts say can occur within seconds or minutes of exposure to something one is allergic to.

Meanwhile, Nyanjura says KCCA needs to come up with a medical fund for the lord mayor. She says the insurance provided by Kampala Capital City Authority (KCCA) only covers part of the Lord Mayor's medical bill and he has to dig into his pocket too.

Why dont we use words like Lukwago's life temporarily out of danger. personally (god forbid) i dont see Lukwago surviving beyond 2021, whatever is eating him is on a must accomplish mission.