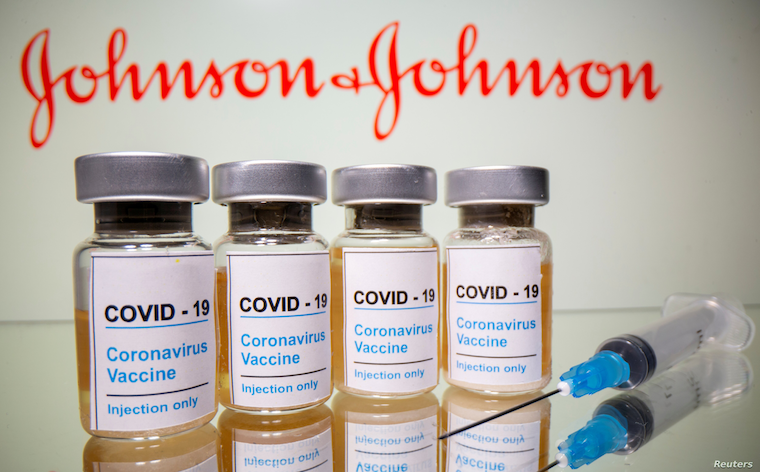 South Africa’s Health minister says the nation will still hit its COVID-19 vaccination targets, even as it pauses the use of the Johnson & Johnson shot amid concerns over blood clots.

South Africa’s mass-inoculation campaign was dealt the setback following word that six women in the United States developed a blood clotting disorder after receiving the one-shot Johnson & Johnson vaccine. One person died. Nearly 7 million doses have been administered in the United States.

This is now the second time that South Africa has had to shift gears in its vaccination campaign. In February, just days after receiving its first shipment of vaccines, authorities jettisoned plans to use the AstraZeneca product amid reports that it did not protect against the variant of the coronavirus that is most prevalent in South Africa. The coronavirus causes the COVID-19 respiratory disease.

And now this, said Dr. Zweli Mkhize, the nation’s health minister. So far, he said, more than 290,000 South African health workers have been given the vaccine, with no reported blood clots. Nevertheless, he told officials, South Africa will pause the program until everyone is sure the vaccine is safe.

“Based on their advice, we've determined to voluntarily suspend our rollout until the causal relationship between the development of clots and the Johnson & Johnson vaccine is sufficiently interrogated,” he said to parliamentarians via webinar on Wednesday. “… I call for calm and patience as we ensure that we continue to be properly guided by science and ensuring the safety of our people as we roll out the vaccine campaign.”

Mkhize says he hopes deliberations on the Johnson & Johnson vaccine’s safety will last only a few days and will not lead to complete withdrawal of the product.

He says the news about the vaccine is disappointing as mortality rates from the coronavirus appear to be declining, and South Africa will soon receive a total of 30 million doses of the two-shot Pfizer vaccine. South Africa has more than 1.5 million confirmed cases, giving it the highest burden on the continent.

But, he said, the bigger battle — the one he hasn’t been able to discuss until now — is the behind-the-scenes fight South African officials have waged with pharmaceutical giants. Both Johnson & Johnson and Pfizer, he said, have asked for what he described as “difficult and unreasonable” guarantees from South Africa and other nations.

"I can also assure you that we have not been sleeping on the job,” he said. “The fact that we previously did not disclose before parliament the blow-by-blow details of the intense negotiations is because we’re prioritizing the closing of those agreements in order to secure the vaccines we require for us to reach population immunity."

0 #1 M!ki 2021-04-18 10:10
Why not administer the vaccine shots as a cocktail with blood thinners with the latter continued post vaccination shot until one is out of danger?
Report to administrator