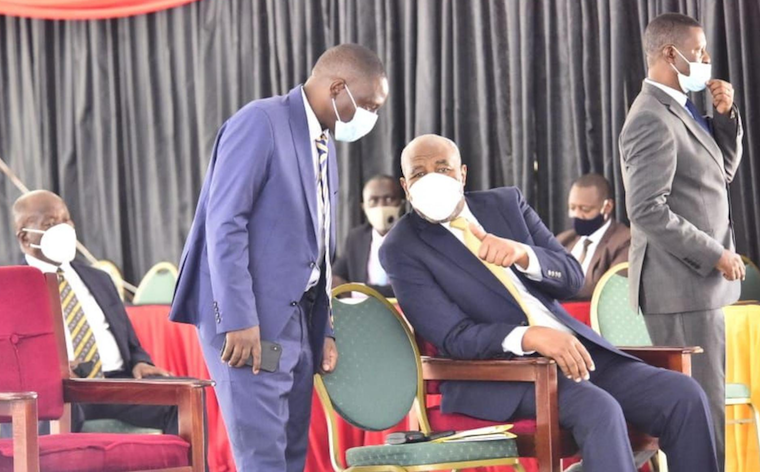 Prime Minister Ruhakana Rugunda has said that the 9 pm-5.30 am curfew time will be maintained despite calls by members of parliament to have it lifted.

Rugunda was on Tuesday speaking during the plenary after MPs called for the curfew to be lifted to enable Muslims to pray and freely fast during the period of Ramadan.

The government imposed a curfew in March last year as a measure to curb the spread of coronavirus (COVID-19). Rugunda told MPs that information from the ministry of Health and scientists indicate that the threat of COVID-19 is still high.

He says that projections indicate that Uganda should not relax on COVID-19 because the number of positive cases reported has unfortunately started to increase, especially in urban areas, border districts and trading centres.

Rugunda said that President Museveni will in the coming days, address the nation extensively on the matter.

"We’re very much aware and we’re in solidarity with all those who have been affected. HE the president will in the coming days will be addressing the nation with more details on this matter of curfew and where we’re in our fight against the COVID-19 pandemic. And what more steps we should take in order to keep our people safe. In the meantime, the guidelines issued by HE the president and the ministry of Health remain in place," Rugunda told the MPs.

The minister of state for Primary Health Care, Joyce Moriku Kaducu said that the fact that a new variate from the United Kingdom and South Africa has been discovered in the country further justifies the decision to maintain the curfew. Kaducu also says that if 60% of the population is vaccinated, the curfew can then be lifted.

The speaker of parliament Rebecca Kadaga said that the government needs to come with better reasons for not lifting the curfew.

"I want someone to convince me that that’s the only time people get infected that is why there is a curfew. We had campaigns in this country - 3 months of campaigns, did that bring a spike in infections in this country? Did it? All of you [MPs] are products of that campaign - those who go for elections. Secondly, the markets are busy and they are open, the churches are there, the mosques are there. Sometimes when you give us reasons that really, at least justify. What is so special about 9 pm-6 am. No. No. No. That one honourable prime minister, I think you better get better reasons for stopping us from living our lives because we have observed SOPs, the infections have come down and we’re aware that it has come down," said Kadaga.

Abdullatif Ssebagala Sengendo the Kawempe North MP says that curfew has become a money-making venture for the police. He says that although curfew is in place, people are operating normally so long as they bribe the police officers.

Meanwhile, the minister for Internal Affairs Jeje Odongo said that police has recalled a message they had sent out to Muslims that they will be excused past curfew hours to enable them to perform Taraweeh prayers during Ramadan.

Maurice Kibalya the Bugabula South MP says that the traffic jam in Kampala ends at close to midnight, but curfew still exists at 9:00 pm and this is not in the interest of Ugandans.

-1 #1 kabayekka 2021-04-14 20:54
As Britain has just finished a second lockdown without even a military curfew, it would help this country of Uganda to go into a second lockdown until every citizen has been vaccinated with the two injections.

Now that the country is very much used to a night curfew and can survive COVID19.
Report to administrator
0 #2 WADADA rogers 2021-04-16 09:32
What makes these guys think that covid 19 spreads more in the night, the curfew in my view is not necessary and has outlived its purposes of curtailing robberies during the March. August 2020 lock down
Report to administrator