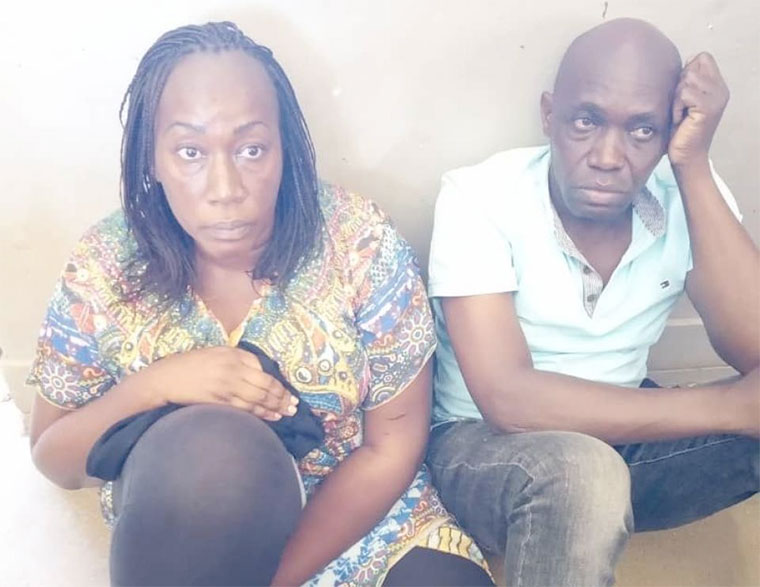 Two people have been arrested in Mbale in eastern Uganda for allegedly dealing in counterfeit money.

Rashid Mudebo, a resident of Namanyonyi in Mbale city and Jacqueline Anzilim a Kenyan national from Busia were arrested on Friday around Absa bank in Mbale in an operation led by the Mbale district police commander Arafat Kato.

Kato says that they received intel that the two were planning to sell the fake currencies to banks and unsuspecting people in the area.

Kato said that the suspects were found in a Mark II vehicle, reg. number UBH 377F which they were using to execute their mission. He adds that when they searched the vehicle, police recovered $500 fake notes, master keys, handkerchiefs sprayed with chloroform and other equipment used for breaking padlocks.

They are currently held at Mbale Central police station. URN has also learnt the Crime Intelligence Department (CID) has asked Mbale police to transfer the two suspects to Kampala where they are wanted for other charges.

0 #1 WADADA rogers 2021-04-10 19:27
This story does not seem to add up, it appears stage managed and a set up, somebody must have cheated another and wants to use the police to settle personal scores.

How did the police imagine these guys were wrong doers and how come they searched the car out of the blue.
Report to administrator
0 #2 Lysol 2021-04-11 00:35
The next thing to watch is the use of cryptocurrency. by the corrupt regime to hide their loots, with the help of some shady foreign so-called investors.

Even our land is now being donated for free for that purpose(to build a city) while many of our youngsters are suffering without anything else to do in order to survive.
Report to administrator
0 #3 Nseka Mali 2021-04-11 10:13
Such Ugandans thieves should be handed deterrent sentences,..But even mega thieves should face the same treatment and be given heavier penalties..

These thieves have made black Africa a continent synonymous with thieves and thugs!!!!

If only African leaders could prioritize thieves as an emergency to be dealt with, there would be fewer refugees, lesser strife, and accelerated development...
Report to administrator