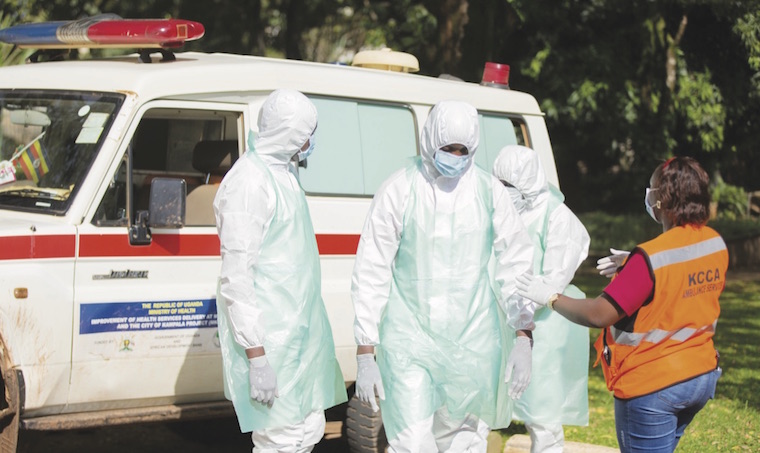 Women are slightly less susceptible to COVID-19 infections and deaths than men according to a preliminary analysis by the World Health Organization (WHO) carried out in 28 African countries.

The analysis based on gender-sensitive COVID-19 epidemiological data provided by countries, reveals that women account for around 41 per cent of COVID-19 cases, but with variations ranging from 31 per cent to Niger to 57 per cent in South Africa. In most countries, women are slightly less likely to die from COVID-19 than men.

This occurs despite the fact that women represent a large part of the health workforce, which puts them at a higher risk of infection. In Africa, more than 95,000 healthcare workers have been infected with COVID-19. In Seychelles, women account for 71 per cent of infections among health workers, 64 per cent in Eswatini, 55 per cent in Côte d'Ivoire and 54 per cent in Senegal.

The WHO noted in a statement that more analysis is needed to determine the factors behind the disparities in infections between women and men but highlighted studies that have suggested that biological, behavioural and social factors may be responsible for these differences.

Other studies report that men are significantly more likely to suffer from severe effects of COVID-19 if they have pre-existing conditions, which explains the slightly lower death rate seen in women, the statement reads in part.

While the clinical side paints a better picture for women, the organization acknowledges that the pandemic and the initial strict containment measures, such as lockdowns, restricted movement and school closures, have accentuated the existing vulnerabilities women and girls face.

"The impact of the COVID-19 pandemic on women and girls has been profound, leaving many of them at heightened risks to their health and safety," said Dr Matshidiso Moeti, regional director of the WHO for Africa.

“Our response must go beyond the clinical aspects of the pandemic and must address the hidden crises that risk having long-term effects on lives and livelihoods."

Studies have shown that violence against women, and particularly domestic violence, has increased in several countries while security, health and financial concerns have generated tensions and constraints that have been aggravated by the promiscuity resulting from confinement.