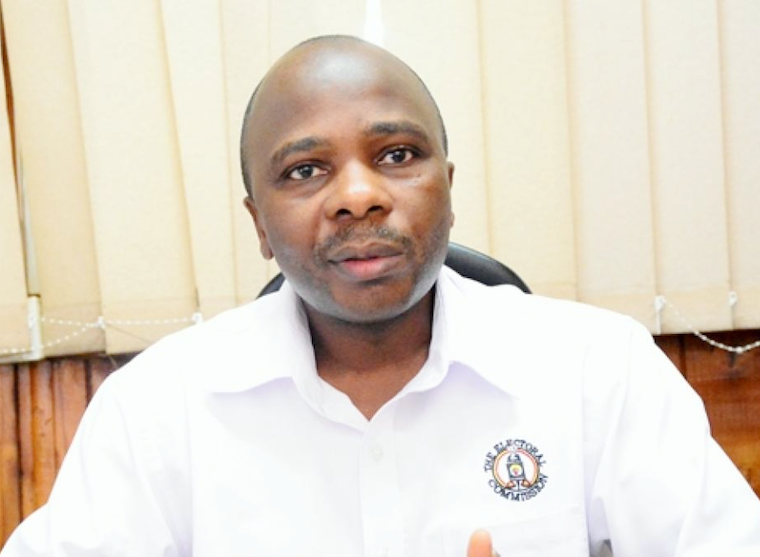 In an attempt to counter what it calls "fake news", the Electoral Commission (EC) has released the declaration form from Anyang polling station in Padyere county, Nebbi district.

However, the figures on the declaration form don’t add up and contradict what is on its tally sheet. The declaration form tweeted by EC shows that 323 votes were cast at that polling station yet after totalling the votes that candidates got and the invalid votes; the figure comes to 247 votes. This gives a difference of 76 votes.

“Please, disregard the misleading information on a doctored DR Form. The DR Form with genuine results as received and uploaded on the Electoral Commission website is provided here,” Electoral Commission tweeted trying to dispel results of what it called a fake declaration form.

However, going by the declaration form that EC says is fake, the total number of votes adds up to 323 votes as recorded on EC’s declaration form whose figures don’t add up.  EC spokesperson Paul Bukenya later admitted the error and said they are looking into the issue and will give an explanation of the figures on its genuine declaration form, which don’t add up.  The tweet has been a sensation with many people referring to it as an indication of manipulated election results.

“The Ugandan Electoral Commission just released this as an official result to dispel rumours of rigging. Hilariously and shockingly, it shows ballot manipulation. The number of votes cast doesn’t add up. Here is how it was fixed,” Nic Cheeseman, a professor of democracy at the University of Birmingham and co-author of 'How to Rig an Election' tweeted.

“…rather wonderfully, in trying to protect itself from rigging, the Electoral Commission has revealed exactly how it was done,” Cheeseman added.

"Look at the single digit votes - in each case the person filling out the form has written 06, 01, 02 etc. When it comes to Bobi Wine’s vote they have written 8. This is because he didn’t get 8 votes but 84 votes, so there is no zero to the left of the 8 ...Instead, there is a white space to the right of the 8 which strongly suggests that a number has been tippexed out to get Wine from 80+ votes down to just 8 votes. Memories of Malawi anyone?" Cheeseman pointed out.

Would it have helped the situation if these total votes were brought out forward and counted again when all those concerned are present?
Report to administrator
+12 #2 A K Mukasa 2021-03-04 20:04
Museveni and his kinsmen do the dirty work and it left to the Bukenya’s, Enanga’s, Byekwaso’s, Lokech’s Sewankambo’s (UCC), Jeje Odongo’s and the Dolo’s to defend the indefensible.

They don’t sit at the high table and they normally are left to scramble for the crumbs but for those crumbs they have to pay a big price. They have to suffer the indignity of being obsequious and being a factotum.

The real culprits, Museveni, his brother, his son, his wife, his relatives and kinsmen stay behind and simply pull the strings. However, when it comes to sharing the cake they get the lion’s share. What a travesty!
Report to administrator
+2 #3 Olum S. 2021-03-05 02:11
And as time passes, more revelations about the blatant acts of thuggery by these criminals will emerge.

Why do we have to go through these torturous election scams if this is always the end result?

Why doesn't this tyrant just declare himself Life President, and also announce his First Son as Heir to the throne; that way, at least then we know where we all stand?
Report to administrator
0 #4 JOSE 2021-03-05 09:38
tHE THIEVES CAN GET Excited and laugh loudly from the hiding place

But if you have children, they would look at you and really wonder if thats how you get money for their school fees, by talking falsehoods in order to be paid
Report to administrator
+2 #5 Joram 2021-03-05 11:31
I really wonder if these people sleep in the night!!!
Report to administrator
+1 #6 Rick Ntambi 2021-03-05 19:09
Wow... interesting that the Electoral Commission cannot get it right even trying to refute fake news".

If the difference in the totals on the declaration forms is 76: could the EC simply admit that when you add Bobi Wine's "8" + 76 = 84; as the true figure? Pr. 3 students at Kitante PS can figure that out.

Apart from the 100% voter turn-out at 100s of polling stations in Greater Ankole, this is further proof of rigging. BW's votes disappeared, were "gifted" to Katmba oyee, or simply not counted in Kampala and Wakiso. Just imagine what happened in remote villages where there was no media.