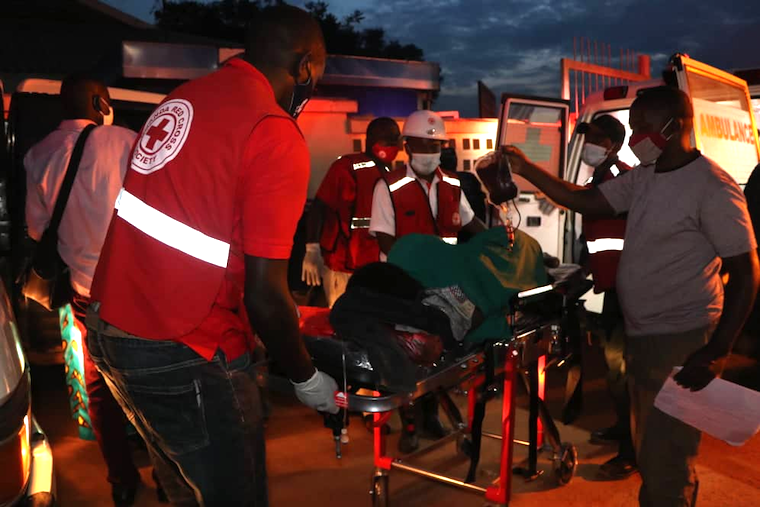 Six of the 37 bodies of people killed during the city riots that erupted following the arrest of NUP presidential candidate Robert Kyagulanyi, remain unclaimed at the City mortuary in Mulago hospital.

The deaths arise from the continuing riots that sprouted out in different parts of Kampala since Wednesday. The protests have entered day three. The pathologist says most of the bodies had injuries arising from bullet shots, stampede and traumatic accidents although he adds they still analyzing before coming up with a comprehensive report for what could have been the cause of death for each.

So far, Dr Byaruhanga says, the photographs of the deceased have been taken and samples collected for possible DNA analysis incase it is required. Some of the relatives and friends of the deceased found at the City Mortuary waiting to pick the bodies narrated how the victims met their death.

Benon Nkwasibwe, a resident of Kajaara Rwashamire in Ntungamo district and an uncle to Sadam Mwebesa says that his nephew was shot on Wednesday while vending his merchandise.

According to Nkwasibwe, when the protests started, Mwebesa hired a boda boda rider to take him back to his home in Bwaise. He was however shot dead by a police officer.

Maureen Nakazibwe a wife to Peter Kintu a boda boda rider who was shot dead by Local Defense Unit (LDU) personnel says that her husband woke up early in the morning and left for town.

She explains that when the protests started, Kintu rode his motorcycle to Nansana where he stays but decided to join friends at a welding workshop, where he was shot dead. Nakazibwe, she is contemplating how she will look after their seven children.

Nasser Kongora a brother to Ayubu Kongoro who was killed in Kisenyi, says that his brother was working at a maize flour machine, where a stray bullet hit him and killed him instantly.

Kato Isiima a resident of Namugongo and a friend to Enoch Kansiime a boda boda rider who was shot in Namugongo says that the deceased was not part of the protesters. According to Isiima, Kansiime was shot when he was returning from a shop where he was sent by a client.

Please be wise. Do not take people to the election or hold the physical campaigns.

No normal people go for election in which no other than the sitting demon ruling for 35 years has right to campaign for, but they become ONE people & block the demon to show him way out!
Report to administrator
123