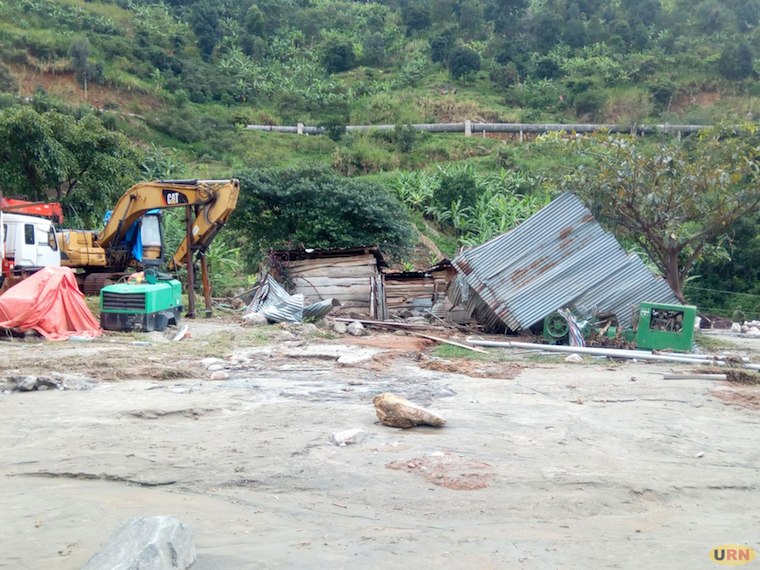 During a field visit on Saturday, the minister of state for Energy and Minerals Sarah Opendi discovered that stores supposed to keep the samples are curiously empty. Opendi has now halted any sample scrapping in the area and called for an investigation to establish how the samples went missing.

"We have looked at the stores which are actually supposed to be keeping whatever samples that were picked during exploration and unfortunately, the stores are completely empty. We’re going to task our technical staff to crosscheck with the other stores maybe in Entebbe. There must be some records there, but it is very unfortunate that what should have been on the site, kept secure that had not even been destroyed by the recent floods, the store is actually empty," said Opendi.

Opendi also established that the functional tanks and pipes were taken by Tibet Hima Mining Company, a Chinese firm contracted to collect scrap from the area and manage the stores. Fred Kyakonye, the chief executive officer for Kilembe Mines admitted that mineral samples are indeed missing but passed the blame to Tibet, the company assigned to collect scrap.

"You see, if I say that I have core, I have copper on the level which is 3,000, okay. Am sure you will ask me, where is the proof. So am supposed to go to those core boxes, pick that core and say okay, we can extract for you a piece and we say you go and test. If you still don’t want to believe, you can go now," Kyakonye said.

The LC V chairperson Kasese district, Sibendire Bigogo says the absence of samples means that they have nothing to show prospective investors. He says the company has serious mismanagement issues that government must quickly address.

"We don’t have the samples, what do we use to speak to the investor who comes in? I think that would be the beginning point because those samples were marked according to places where they come from. If it is 43, you will be taken to the mine which is 43. So they are generally very important," Bigogo said.

The LC III chairperson Kilembe sub-county Modesto Kamate told the minister that they were surprised to see the Chinese company take away materials they thought was still useful.

The government in 2017 cancelled the concession of Tibet, a Chinese consortium that had won the contract to revamp the mines about four years earlier. Tibet was supposed to extract at least 5 million tons of copper for 25 years.

A commission appointed by the state minister for Investment, Evelyn Anite, to look into Tibet's operations recommended the cancellation of the contract, saying the investor had caused financial loss to the government.

In May, leaders in Kasese called on the government to find a serious investor who can take over management of Kilembe mines saying that the current management is incompetent.