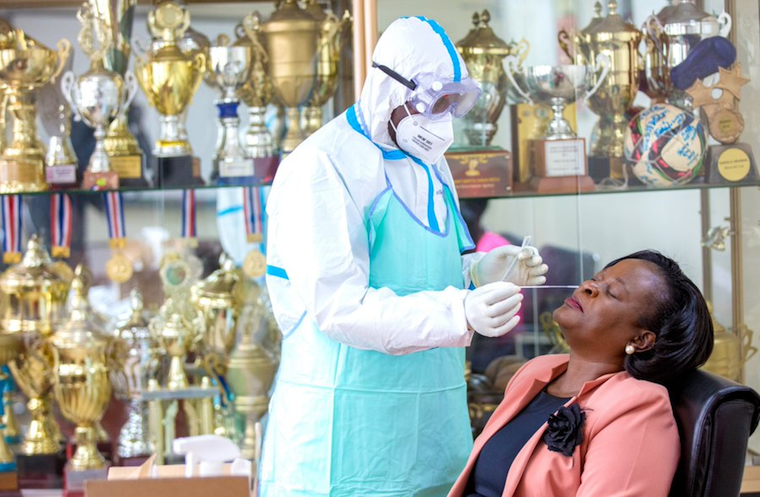 Government has reduced the cost of the COVID test

In a letter to hospitals and district authorities, Dr Diana Atwine, the permanent secretary of ministry of Health noted that the reduction in the price was as a result of reductions in transporting testing kits and other supplies from the point of manufacture to the country due to resumption of international flights.

“The basis for the cost was actually the cost incurred while procuring and transportation and all those logistical costs, and therefore it was very expensive. But now, the airport opened. But also remember that at the beginning, few companies that were manufacturing. But over time, we have seen more companies come on board, therefore the tests are easily available and therefore the cost even has come down,” Atwine said.

Among those that are supposed to pay for their tests are individuals who would like to know their status, those that need a negative COVID-19 certificate for international travel, organizations that seek to test their staff in addition to truck drivers at different ports of entry.

The move to charge for the PCR test caused controversy and agitation from especially truck drivers, who, have continuously complained about high testing fees. Uganda is a transit route for truck drivers to Burundi, South Sudan, Rwanda, Kenya and Tanzania.

Apart from the government labs, the ministry also accredited several private laboratories that offer the test between Shs 300,000 and Shs 350,000, which is way too expensive for the majority of the public.

The ministry of Health however still conducts free testing services to patients who present to health facilities with COVID-19 symptoms, contacts of positive cases and front line health workers.

By Friday, 46 per cent of the 11,163 people who have cumulatively been confirmed positive are contacts to previously confirmed cases, 35 per cent are alerts while 7 per cent are health workers. All these categories of people get their COVID tests done free of charge.

The truck drivers account for 7 per cent of the infections and 6 per cent are returnees from abroad. Last week, the East African Business Council called for an end to mandatory testing of truck drivers within the East African region. In a statement, the council argued that this would ease congestion, which is stifling cross-border trade and reducing trade volumes, just when the region is struggling to recover from the pandemic.

Ayebare Kenneth, the chairman of the Cargo Consolidators Association, told VOA that the cost cut is a welcome move, considering that countries such as Kenya are carrying out free testing while Rwanda has been charging $50.

“You see, $15 (the amount of the reduction) might look small, but when the containers are many…. Every driver I pay $15 extra, it’s a lot of money. Because I pay them road toll, every container about $50. So, plus $65, I am going to around $115. And that reduction might seem small, but then, for us it’s big, according to continuous business we are doing.” Kenneth said.

With long lines and almost a week of waiting, especially at the Busia and Malaba crossings, as truck drivers waited for free COVID-19 testing by Kenya, those who had to test on the Ugandan side of the border allegedly started paying bribes to brokers.

The Health ministry says, even though they have not gathered any evidence, they have found some forged COVID-19 test results.

“We are working with Kenyan government to ensure that we stamp out any area of the fraud. So, we cannot have someone coming, in claiming that these are tests done in Uganda and we are not able to detect,” Atwine said.
He added that East African countries are working on a system that they can all use so that the results are uploaded to minimize fraud and other activities.