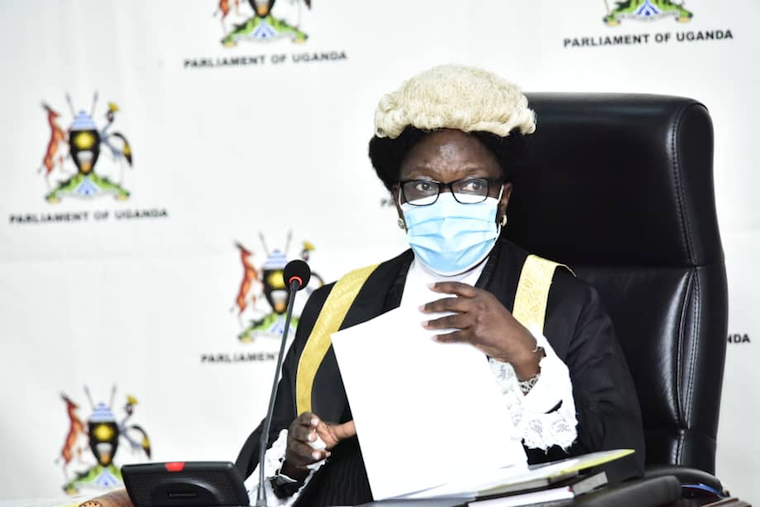 Parliament has approved Shs 200 billion to support Uganda's quest to jointly construct a 223-kilometre road with the government of the Democratic Republic of Congo (DRC).

Uganda and DRC entered a bilateral agreement to implement strategic infrastructure projects which includes constructing the road from Kasindi to Beni measuring about 80 kilometres, Beni to Butembo measuring 54 kilometres and the Bunagana border to Ruchuru-Goma road which measures 89 kilometres.

Uganda will contribute 20 per cent of the total cost of the project estimated at $334.5 million, as a measure to boost trade between the two countries. But the move attracted criticism from legislators and members of the public who questioned why Uganda would invest billions of shillings in another country, yet its own infrastructure is wanting.

Buikwe South MP David Mutebi argued that it was unrealistic for Uganda to work on roads abroad yet the roads in the country is in a terrible state.

"The minister of Works presented to this parliament, the requirements that he had in order to sort out the roads that have been affected by the works of the railway. Am privy to the information that money has never been provided and we’re still struggling with those roads which are supposed to give the producers access to the market, some of which can even go to the Congo. We’re looking very ugly as a parliament to support an external project when we’re sidelining our own roads," said Mutebi.

In line with the same argument, Erute South MP Jonathan Odur requested that the matter be deferred until government provides the copies of the agreement, saying there is a possibility that the agreements could be flawed.

"We’d agreed that since this money is going to Congo building certain roads there, but we haven’t seen the agreement also that the budget framework papers and the ministerial policy has not been processed. We put this one on hold," Odur said.

Efforts to defer the approval of the money pending tabling of the agreements was in vain because when the speaker of parliament Rebecca Kadaga posed the question asking if the funds should be approved, the majority voted in support. Kadaga said that the road was vital especially at a time when Ugandan products are blocked from accessing markets like Tanzania, Kenya and Rwanda.

The Budget Committee chairperson, Amos Lugolobi who presented the report, which in total sought a supplementary budget if Shs 3.8 trillion recommended that the signed agreements be laid in parliament before implementation of the project commences.

"Madam speaker the draft of these documents, the inter-govermment agreement and also the project draft agreements was laid before the committee. However, the next sitting, I promise to bring the signed documents to lay them on the floor of parliament. Of course, this is not a project which is being rushed to implement and as already provided by the committee we shall lay the relative documents on the floor of parliament before the implementation," said Katumba.

Uganda plans to engage in other roads projects in countries like Ethiopia and South Sudan.

12
0 #11 MR 2020-10-23 13:43
So we are going to keep throwing money around with the same excuses without getting value or accountability of similar projects like the Mombasa Kampala railway?