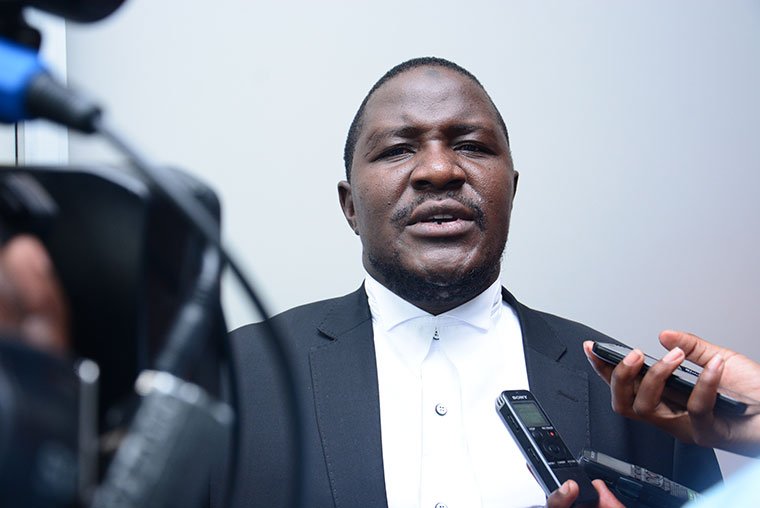 Asuman Basalirwa, president of the opposition Justice Forum Party [Jeema] and chairman of the Inter-Party Organisation for Dialogue (IPOD), has faulted the Electoral Commission for doling out Shs 12bn to the ruling NRM, the lion’s share of Shs 15bn given to all political parties with representation in parliament.

Speaking to The Observer’s Baker Batte Lule, Basalirwa said the Commission disregarded the law, which stipulates that during an election season, parties should share the money equally.

You are dissatisfied with the way EC distributed money for political parties, why?

My concern is that parliament appropriated money for political party funding under the law. That money was released to the Electoral Commission last week, and it has come during an electoral season.

The day-to-day activities of political parties are election related. Primaries, making posters, getting media space to popularize candidates and the rest. The Political Parties and Organizations Act is very clear.

It says when money comes for political or election-related activities; it is shared equally. We brought that issue to the attention of the Electoral Commission but we were shocked that the commission can ignore very clear and unambiguous provisions of the law and instead invoke the numerical strength formula to distribute the money.

People argue that common sense dictates that Jeema cannot get the same amount of money as NRM with 293 MPs.

It has nothing to do with Jeema, it has everything to do with the law. It’s like somebody who argues that because Sudhir Rupareila [property mogul] pays more taxes; his vote should weigh more than an ordinary peasant in the countryside.

When the law says one man or one woman, one vote, it doesn’t matter whether you are the president, prime minister or Sudhir; that’s the law. So, my point is really premised on the law. If the framers of the law wanted numerical strength to be the only factor to be considered in sharing monies appropriated for political parties, they should have said so. But they knew that time would come and parties would have an equal share. For me, I’m really after the law.

This law was passed nearly 10 years ago, and we have had elections in 2016, did you share the money equally then?

In the previous political seasons, money has been coming far much earlier; so, we have never had a scenario where money is realised in a campaign year. By the fourth year, all our entitlements are cleared so that’s the new situation we found ourselves in.

Why didn’t you raise similar concerns in previous years?

The releases have been coming far much earlier so it would be very difficult to use the argument of electoral activities. But this time it has come in the middle of an election period and there can only be one conclusion, that it can only go to electoral related activities and, therefore, invoke the provision of equal share.

How else can you interpret electoral activities for political parties; they are fairly clear. When you talk about party primaries, campaigns, buying media space to popular candidates, those are really electoral-related activities. You cannot have any other interpretation of activities outside that.

Why did that money delay?

We have no idea why it delayed but what I want to tell you is that as chairman of IPOD, it had to take my intervention on the floor of the house for that money to be released. I had to raise a matter of national importance and the Speaker (Rebecca Kadaga) asked the minister of finance to explain why money, appropriated some time back had not been released to political parties.

Lumumba urged you to talk to NRM instead of quarrelling. Why don’t you talk to them because politics is about talking…

We discussed this matter; the Electoral Commission is just being dishonest. First of all, even the increment from Shs 10bn to Shs 15bn was agreed during discussions in the IPOD summit held in Munyonyo and the subsequent IPOD summits. The issue of increasing funding to political parties was discussed.

The other aspect that was discussed but is yet to be captured in the law was the agreement on a certain percentage to be distributed equally and then another percentage to be subjected to numerical strength. Even when this money was released, as IPOD chair, I made an effort to reach out to other political party leaders to ensure that the Munyonyo spirit is maintained.

I reached out to President Museveni through his Principal Private Secretary Kenneth Omona. I was unsuccessful. But I’m aware the secretary general of Jeema engaged the secretary general of NRM. I engaged the president of UPC, Jimmy Akena, I engaged the party president of DP, Norbert Mao. We made an effort to engage the prime minister who referred us to the Electoral Commission. I engaged the Electoral Commission on this matter. So, engagements were not fruitful because some key stakeholders were not available and others couldn’t provide a solution.

What did the Electoral Commission say?

So, do you see connivance between NRM and the Electoral Commission?

I don’t want to call it connivance but I see a failure on the part of the Electoral Commission to follow the law. They should have guided on this matter because the law is very clear. I think they failed in their duty.

What are you going to do about it?

Well, we are consulting, we have not lost hope. We are still in the nominations phase. Some party leaders are candidates; so, we want this process to end and then we see what to do. However, the option of going to court is also available so that we get interpretation of that provision.

You said the increment in funding was a result of the IPOD summit; what did Museveni say on the issue of sharing it?

He agreed to increase funding to political parties and agreed to have a percentage of that money shared equally and the other shared on the basis of numerical strength. That’s why I was looking for him to remind him about our agreements in Munyonyo.

You have several times called Museveni untrustworthy, are you surprised he can turn against an agreed position?

But even a dead watch can be right two times a day. Not all promises are not fulfilled. Somehow deliberately or inadvertently they will do the right thing.

Parties without parliamentary representation say you short-change them. I have not heard you say they should get some share of the money…

I think people who were in parliament then were fairly selfish. If we are to build capacities of political parties in a multiparty democracy, then that capacity must cover everybody.

The idea of being exclusive to only parties with representation in parliament is something I don’t support. We need to have a formula to support everybody. I have heard arguments that some parties are briefcase but once an organization is registered, then it ceases to be described as briefcase. Political parties are formed for various reasons; we may not have similar objectives at the same time.