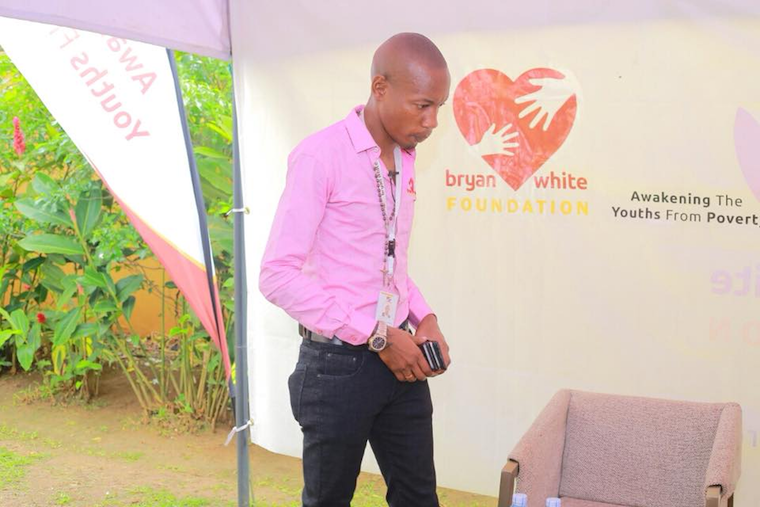 Speaking to reporters at the Uganda Media Centre in Kampala today, Patrick Onen Ezaga, the senior communication officer of the NGO Bureau said that they had received a letter from the vice-chairperson of parliament's human rights committee complaining about Bryan White's action, prompting the bureau to investigate the organization which was registered in January 2019.

Bryan White had been accused by several girls of sexual harassment after he promised to offer them jobs. Some of the girls alleged that they had spent months at Bryan White’s home being used as sex slaves.

The investigations found that whereas Bryan White Foundation was supposed to be a company limited by guarantee with a board of directors and other members who would meet annually for a general meeting, Bryan White was solely running the organization. Even the functions that it was licensed to perform like looking after orphans, widows and supporting youths to be self-reliant were never undertaken.

The organization also has no known physical address as the address it had indicated in its registration documents was only found to have a banner hanging in front of an unfinished building. The Foundation also didn’t have any significant transaction on its bank account save for a one-off case where Bryan White deposited and later withdrew Shs 10 million.

After these discoveries that the NGO Bureau tasked Kirumira to file an explanation about the operations of his organization. However, the July 22 letter went unanswered hence prompting them to revoke the permit of Bryan White Foundation and also cancel its certificate of registration.

Kirumira has been in and out of hospital with some accusing him of feigning sickness to circumuvent legal proceedings brought against them.

"Therefore the existence of Bryan White Foundation as an organisation recognised by the NGO Bureau ceases with immediate effect. The other concerns raised against Mr Bryan Kirumira as an individual will be handled by appropriate organs since there is a distinction between alleged actions of Mr Kirumira Bryan as an individual and the illegally registered foundation," added Ezaga.

Friendship or business dealings with this General has meant a kiss of death for many of the businesses or other deals.

Unfortunately some of the victims are no longer around to tell us the instructive stories. For Brian White, it may be useful to know that the long knives are out for you.
Report to administrator
0 #2 WADADA rogers 2020-09-19 09:03
At one time he thought he was important to this Government kumbe wapi, he was only using himself thinking they would recognize him, Sipapa is next on the list of those yet to be dumped
Report to administrator