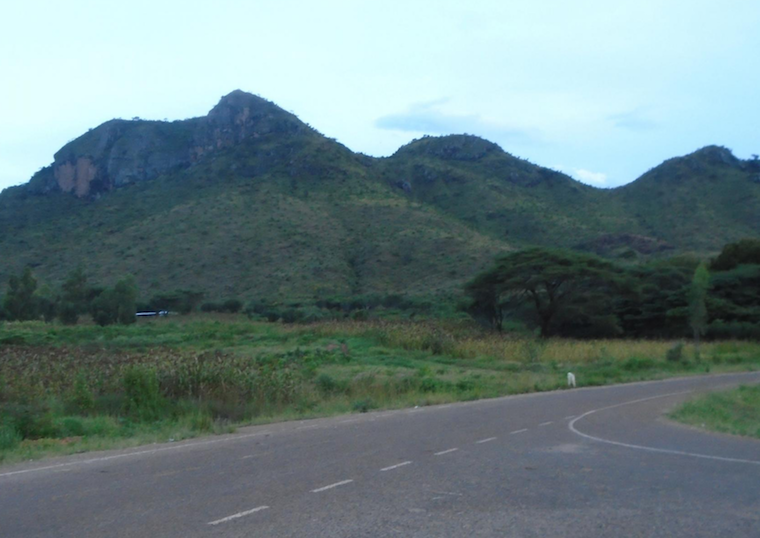 Mt Moroto where the escapees reportedly disappeared to

The search for prison escapees in Moroto is yielding fewer results after the inmates reportedly mixed up with the local community.

According to Frank Baine, the Prisons spokesperson, 219 inmates overpowered the security at the facility and broke into the armoury before escaping on Wednesday this week. 13 of the prisoners allegedly ran away with guns, raising security stakes in a fragile region, characterized by cattle rustling and gun crime.

Following the escape, the Uganda People's Defence Force (UPDF) was called to lead the search operations. But only nine of the escapees had been recaptured by Thursday evening. Baine said that joint forces were pursuing the armed group from Kotido who were heading northwards through the jungles of Moroto close to the Kenyan border.

He, however, acknowledged that after more than 24 hours, their hope was equally fading. Baine added that the said the Kotido group was the mastermind of the escape. Baine said the terrain is not conducive for motorised pursuit and poor visibility has equally affected the use of helicopters.

Maj. Peter Mugisha said that the community aided the infamous escape of the inmates by providing them with a haven for shelter and civilian clothing to hide their identity. But, he added that the pursuit was ongoing despite thin hopes of finding the escapees who have scattered in the rangeland of Karamoja.

Last week, 30 inmates from Moroto were moved to Jinja after testing positive for COVID-19 and all inmates and most staff were placed under quarantine.

+2 #1 WADADA rogers 2020-09-18 10:26
What did the Government expect, these guys are worriers and many are innocently suffering in prison without trail.

I know they will arrest more with time but others must have taken cover at the boarder. I really want to thank the courageous men who escaped, let them go and take cover in Kenya
Report to administrator
+2 #2 WADADA rogers 2020-09-18 11:28
If the security organs are tracing the escapees using uniform, an sure the prisoners have already dumped the NRM uniform, the Government needs to be reminded that its normal to walk naked in Karamoja.

matters are made worse that they all resemble, they may end up arresting innocent people in an attempt to show Ugandans that they have found the prisoners
Report to administrator
0 #3 Humless 2020-09-18 19:02
Army, police prison failing to re arrest suspects wasting tax payers money.
Report to administrator
0 #4 Lysol 2020-09-18 19:26
The Karamojongs are natural born worriers. They humiliated the British and all the post colonial regimes.

This corrupt regime has failed miserably to contain them, except to exploit it's natural resources. Kenya is next door.
Report to administrator
-1 #5 Wainaichi 2020-09-18 23:58
If those criminals are trying to escape to Kenta then joung mop up operations may be needed to put them behind the bars.

Why search dogs were not used since they could easily detect thugs by giving them their clothes to smell and then trace runaways?
Report to administrator