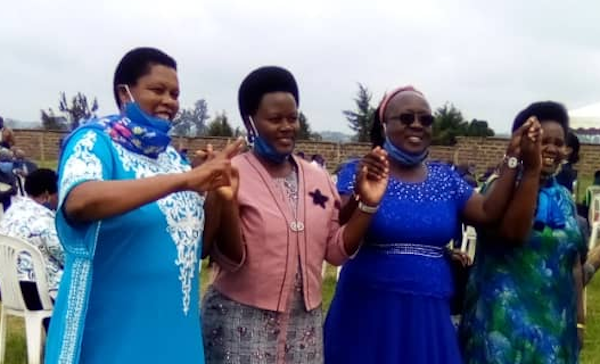 Opposition Forum for Democratic Change (FDC) supporters in Nyakagyeme sub-county Rukungiri district are celebrating after winning in a majority of the villages in the youth elections.

FDC youths won in most of the polling stations in the five parishes that make up Nyakagyeme sub-county beating candidates from the ruling National Resistance Movement (NRM).

In Kahoho parish, FDC gathered 43 votes followed by NRM that collected 2 votes, while other political parties had no votes. In Kigaaga parish FDC polled 44 votes against NRM’s got 11 votes and DP got no votes. However, in Kitimba parish NRM got 35 votes beating FDC with 28 and others 0 votes.

In Kabowma parish FDC won with 46 votes beating NRM that got no votes, while in Masya parish FDC polled 111 votes and NRM did not get any vote.

At the sub-county level, Judith Tumuheirwe of FDC polled 40 votes, while Doreen Kambabazi an independent candidate failed to get any votes. NRM was not represented.

The election that was conducted amid tight security was peaceful, apart from a few incidents where names of some FDC voters were missing on the registers.

The election that was first conducted Wednesday saw the two candidates at sub-county level who were contesting for Woman Affairs seat tie with the same number of votes. This forced the Nyakagyeme sub-county elections officer ‘Eliab Nayaba to postpone the exercise to Thursday.