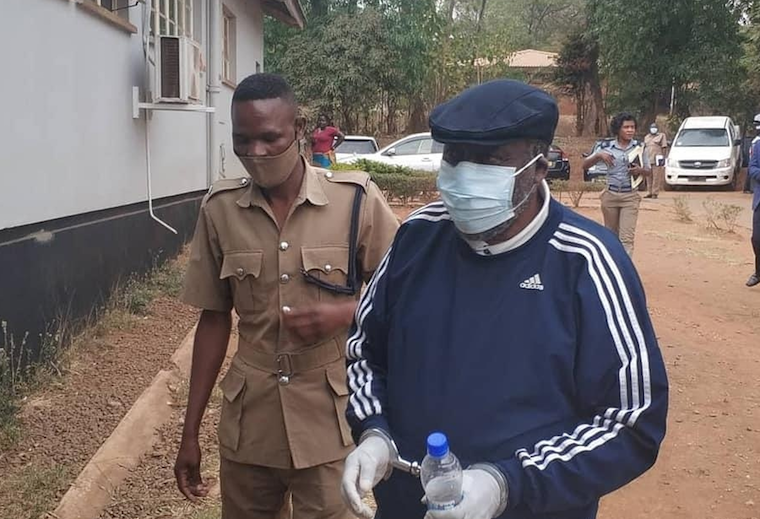 Former minister of Information Henry Mussa at the police station

Police in Malawi have arrested two former Information officials for allegedly stealing computers and generators that were meant for a state-owned news agency.

The arrests are the latest since President Lazarus Chakwera came to power promising to eradicate corruption that flourished under former President Peter Mutharika.

The arrest Monday of minister of Information Henry Mussa came a day after police arrested former director of Information Gideon Munthali in connection to the stolen items.

"We do suspect the items went missing last year, 2019, so they [the suspects] are in our custody and they are in court as I am talking to you and they are answering charges on abuse of office as well as theft by a public servant,” said James Kadadzera, the national spokesperson for the Malawi Police Service.

A total of 10 people have been arrested for alleged acts of corruption during the Mutharika administration. However, critics question the time taken to carry out these latest arrests. Also, supporters of the former governing Democratic Progressive Party view the arrests as political persecution.

But Kadadzera says the delays in making the arrests are largely because of a lengthy investigation into the matter.

“In fact, it’s a question of evidence. So we were tipped on the same, and we picked it up from there and instituted investigation. So these investigations have led us to the arrest of these two suspects. That’s why we have made these arrests now,”  he said.

+1 #1 Mbeho Achuc 2020-09-15 14:25
Such African thieves should not be allowed to travel to Western countries like UK, EU ,USA because the thieves are the ones fuelling racism against blacks around the world...

Such thugs , no matter who they were are, should be subjected to punitive sanctions..that is only when Africa will develop..
Report to administrator