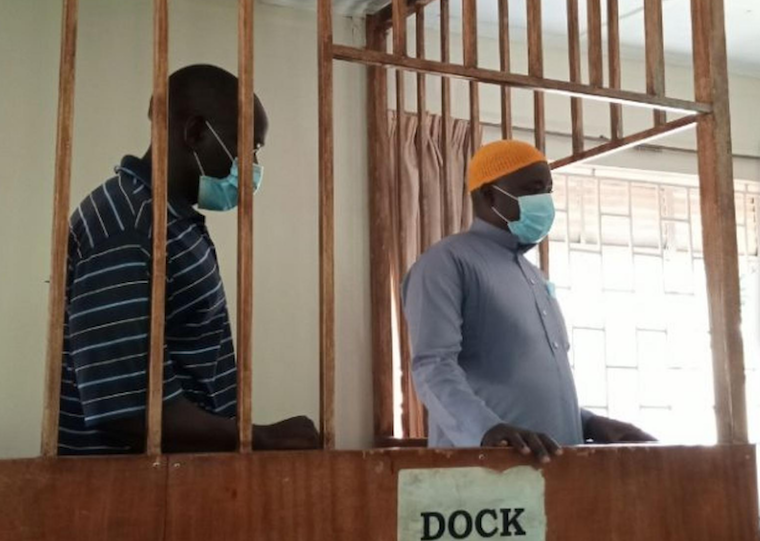 Frank Baine, the spokesperson of Uganda Prisons said that Kitatta and his bodyguard, Ngobi Sowali should have left prison on July 7, 2020, in line with a punishment reduction given to them yesterday by the Court Martial Appeals Court.

The Boda Boda 2010 outfit became infamous for the torture and blatant abuse of the law against of boda boda riders and perceived political opponents including beating up school children and teachers en route to a musical concert for wearing red outfits similar in colour to those won by People Power movement led by Kyadondo East MP Robert Kyagulanyia aka Bobi Wine.

On Friday, the Appellant Court Martial chaired by Elly Turyamubona reduced Kitatta and Ngobi's ten-year jail sentence to three years and deducted the time they had already spent in custody. Turyamubona noted that instead, the duo should have been sentenced to serve one year, eight months and six days starting from the day they were convicted in May 2019.

Baine said on the phone that after subjecting Kitatta and his bodyguard to remission, they calculated and found that they should have left jail on July 7.

"I can confirm to you that Kitatta is a free man. He has been freed together with his bodyguard at around 4:30 pm," Baine said. Kitatta's lawyer Abdullah Kiwanuka also confirmed that his client had been freed and that he was currently at his home in Najjanankumbi.

In May 2019, the General Court Martial chaired by Lt General Andrew Gutti found Kitatta and his bodyguard Ngobi guilty of unlawful possession of firearms and ammunition. They were sentenced to a maximum sentence of ten years for each of the offences but they were to run concurrently. At the time of sentencing, they were left with a sentence of eight years and eight months.

However, the duo who had previously been charged with ten others, whom, court acquitted for lack of evidence through their lawyers Isaac Jjuko and Abdullah Kiwanuka, challenged the sentence in the Court Martial Appeal court.

They argued that the sentences given to them were harsh and excessive and indeed, the appellate court agreed with them and reduced the sentence to three years including the time they had spent on remand, claiming that they had not used the guns they were found in possession with to commit any crime or engage in criminal activities.

Kitatta and Ngobi were arrested from Rubaga in Kampala division in January 2018 and remanded to Makindye Military Barracks for more than a year before they were sent to Luzira prison to serve their sentences.

Just in time for the election season! Coincidence?

Many will be thinking the same. Mzee Ssabalwanyi is leaving nothing to chance.

He will seek every help he can get come election time. Kitatta is the type of NRM Cadre he will be looking at to help him through.
Report to administrator
+1 #3 Kibedi Nkuutu 2020-08-09 07:54
Quoting Miki:

Just in time for the election season! Coincidence?

Only this time the stage is set with totally new actors!

If Kitata tries his holiganistic tactics, he may lose his head this time round. Folks are tired of those "Kayiihura" tendencies...we are moving in the PP/NUP/FDC era. Kitata has no place here no more! He had better be warned....
Report to administrator
+1 #4 Apollo Ekelot 2020-08-09 13:46
Just in time for the next election! Congs Kitata. Who said a useful cadre should be in jail when there are elections around the corner?

That is the law for the people in yellow! I wonder honestly if Kitata is the most deserving of this magnanimity; anyway I rest my case.
Report to administrator
+1 #5 bwineuk 2020-08-09 16:41
Ugandan courts never heard of being an accomplice to crime? or do they only understand bribes.

every criminal they release is more blood on their hands and blood money to their kids and family
Report to administrator
0 #6 PaulK 2020-08-10 09:16
He is going to be used to instigate violence in people power which until now has been very peaceful.

I also hear that Kayihura has also been redeployed. What a dangerous mix!
Report to administrator
0 #7 Kikomeko 2020-08-10 12:26
These are signs of a Failed State..Criminals being released from Prison to cause Mayhem in Public only for sustaining the Status Quo!!

Kayihura is already Operating Covert and re-organising his Intrerahamwe Militias like Crime Promoters, M23,and Special Constables!! Ugandans remain Alert this Time around!! an Eye for an Eye..Do not let Yourself to be Butchered !!

All the Kazahurwa,Agasirwe,and Muhangis are on rampage to Kill and Maim You..keep your Ears and eyes Open..
Report to administrator
0 #8 Lakwena 2020-08-11 07:53
Kitatta is the face of Mr. M7 who is the Master of Violence; who told the Kitatta of this country to relay the message that: "power is more important than the rule of law".

In other words, because being in our State House is a do or die for Mr. M7; Kitatta is coming out to start from where he stopped. Alutta continua.
Report to administrator