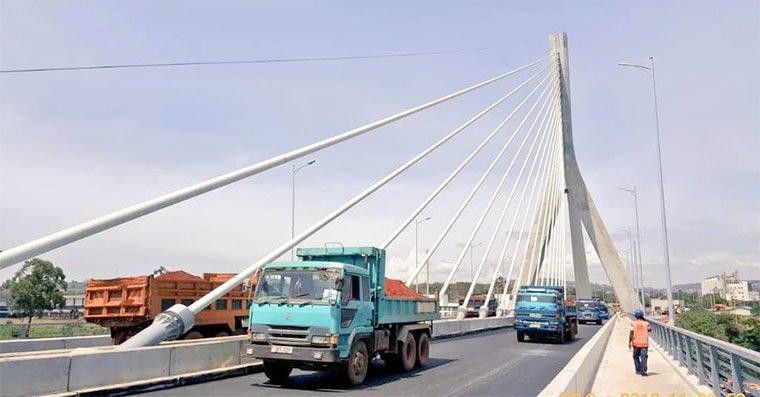 A 78-year-old man has been rescued by security from commit suicide at the Jinja Nile bridge on River Nile.

Charles Kakiriho, a resident of Njerika cell in Isingiro district clad in a brown striped shirt and a black trouser, stood at the pedestrian walkway of the bridge for close to 30 minutes. He had written a leaflet with his personal details and dropped some documents in the flowing river waters before attempting to drown himself on Thursday afternoon.

Security personnel at the bridge intercepted him after noticing his suspicious behaviour. He was later taken to Nalufenya police station.

Kakiriho told journalists that his wife had denied him conjugal rights for a period of one year and chose to find a place far away from him, where he could end his journey on earth. He added that he felt dejected and depressed because people were making fun of him in the whole village.

"This problem has depressed me because everyone is making fun of me, calling me a weak man who cannot control the general welfare of his homestead," he said.

Ishaka Butanaziba, the officer in charge of security at the new bridge says that Kakiriho was rescued in time and he did not sustain any physical injuries.

Meanwhile, Abbey Ngako, the Kiira region police spokesperson says that because the victim had already thrown his phone in the river, they are using other communication platforms to reunite him with his family members.

I know its probably a mental health issues rather than tha bonking issues, but there is plenty of women in Uganda. But I also didn't know 78 years old still bonk
Report to administrator
+4 #2 Nalongo Mutiima 2020-08-08 12:37
If I were 78, I would be comfortable snoring away the whole night instead of breaking my frail back with the rigors of sex.

A total social failure, just as he described himself hereabove: "... a weak man who cannot control the general welfare of his homestead", the type Jesus said, it would have been better if he were not born,
Report to administrator