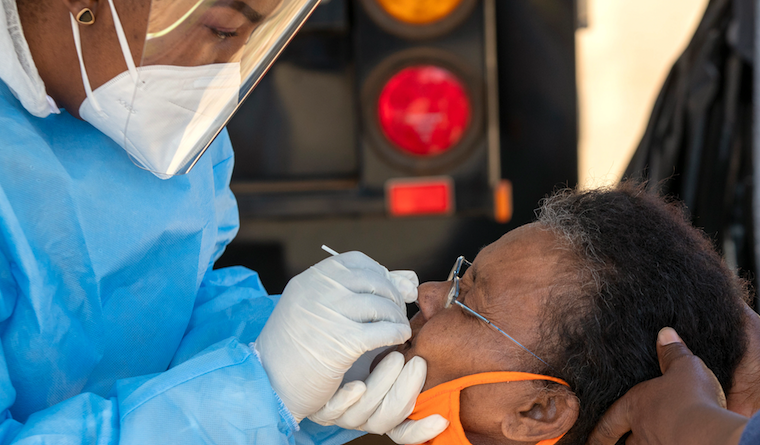 An woman reacts as a heatlh worker collects a sample for coronavirus testing during the screening and testing campaign aimed to combat the spread of COVID-19, in Eldorado Park outside of Johannesburg, South Africa

World Health Organization officials say they’re sending a team of experts to South Africa in coming weeks, as the Health minister warns the nation could see a “second wave.” Meanwhile, other African nations are looking at creative ways to respond to the pandemic.

Five months after the first case of coronavirus case was recorded in Africa, the continent’s known caseload remains a small share -- just five per cent -- of the global burden.

But, says Dr Matshidiso Moeti, WHO regional director for Africa, officials are concerned about the continent’s hotspot, South Africa, and the rest of the continent, as it approaches a grim milestone.

“The realization is dawning strongly that we will have to live with this virus for some time," Moeti said.

"There are now almost 1 million reported cases of COVID-19 in Africa, so we have not yet reached that milestone, and over 21,000 people have sadly lost their lives. South Africa remains the worst affected country on the continent and is now the fifth most affected country globally. In partnership with the Department of Health in South Africa, WHO is deploying more than 40 regional experts to provide support at the national and provincial levels in the country."

But, she said, experts worry the true burden could be higher than they know, because of a lack of testing kits and other barriers.

“I'm often asked whether they reflect the true picture of the epidemic or not. One of the constant and concerning challenges in many African countries is a shortage of kits to test people for COVID-19," she said.

"At the same time, some countries have increased their testing per capita while maintaining a low positivity rate, countries such as Mauritius, Rwanda, Cabo Verde and Botswana. Through the UN supply portal, we are supporting countries to replenish test kits and other commodities.”

South African Health minister Dr Zweli Mkhize said the nation’s strict nine-week lockdown has helped slow the spread of the virus but that unless the country keeps up its guard, he fears a second wave may be imminent.

“It is possible that instead of these lines going down, when we start opening up the movement of provinces and opening more sectors of the economy and people move more easily, exporting and all the others, then this whole surge can come back again at a much higher level than what we're seeing here," said Mkhize. 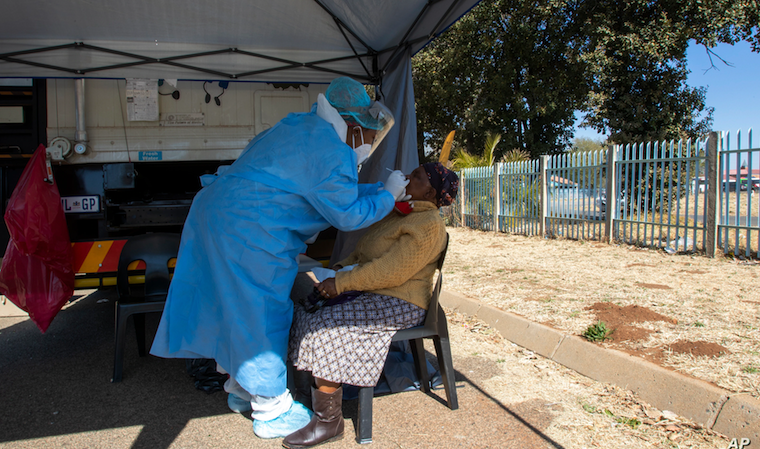 In Rwanda, Health minister Dr Daniel Ngamije says officials are looking at novel ways of handling treatment with a national preparedness plan that, so far, has cost $73 million. The tiny, landlocked country has reported 2,104 cases so far. Although Rwanda is small, he said, officials quickly realized they needed to study how to manage the virus within the home and at the district level.

“We came to realize that at the beginning, our response was driven by the central government, I mean, at the central level, from the ministry of Health," said Ngamije.

"And it appears that we could not sustain that kind of intervening interventions initiated from the central level. That's why we decided to decentralize COVID-19 response.”

Globally, the Americas have the highest number of cases, with over 9 million. Of those, 4.6 million are in the United States. More than 18 million cases have been reported worldwide.

Uganda registered 10 new coronavirus cases from the 3,577 samples tested on Wednesday. Uganda's confirmed cases have now increased to 1,223 with 1,102 recoveries. The country has so far registered 5 coronavirus deaths and carried out over 288,367 coronavirus sample tests.