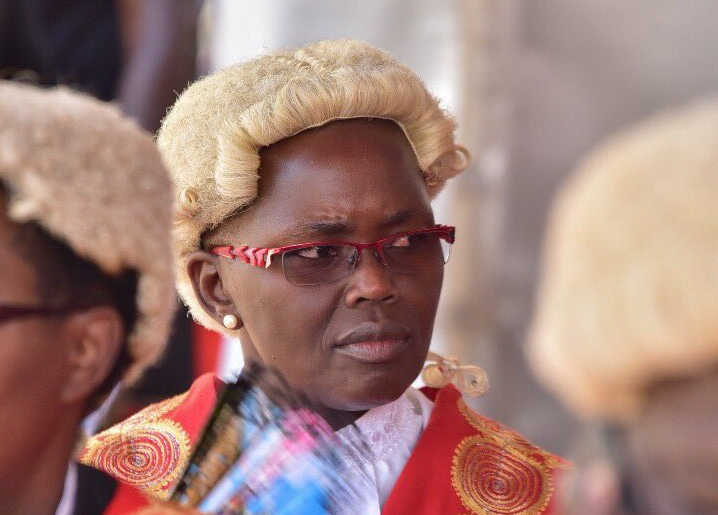 The legislator was picked up from his residency in Buswabulongo in Mityana municipality on April 19, 2020, on accusations of distributing food to his constituents contrary to the Covid-19 prevention guidelines. He was charged at Mityana Chief Magistrate’s court with two counts of a negligent act likely to spread the infection of disease and disobedience of lawful orders.

However, on Wednesday, the DPP withdrew the charges in her letter to Mityana chief magistrate, Moses Kule without stating any reason.

“This is to inform court that the director of public prosecutions has decided to discontinue proceedings against Hon. Francis Zaake,” the letter reads.

The letter was copied to Mityana resident state attorney and regional criminal investigation department office. Speaking to reporters outside court, Zaake’s lawyer Eron Kiiza welcomed the withdrawal of the case, saying his focus is now going to be on the criminal charges of torture that Zaake brought against the officers who arrested him.

“The DPP saw that there was no sense in the charges because in the first place it never existed. The most painful thing is that it’s the reason he was arrested and tortured,” Kiiza said.

On his part, Zaake said he was disappointed with the police for breaking the very laws they are supposed to enforce. He said the fact that the DPP has withdrawn the charges against him, solidifies his private prosecution against the officers who allegedly tortured him.

“They arrested me for no reason but we are going to expose them for the cowards that they are. They break the laws, but they don’t want to be held accountable,” Zaake said.

Meanwhile, the six police officers that Zaake dragged to court over torture have objected to the jurisdiction of Mityana Magistrate’s court to hear their case.

Their lawyer, Elias Tumwebaze told court that there is an application in Mubende High court challenging the jurisdiction of the Mityana court hence proceeding with the case would be breaking the law on sub judice.

“This is a nullity, which cannot be entertained,” Tumwebaze said.

Meanwhile, the state attorney, Lydia Batiibwe, on the other hand, told court that the DPP wants to take over the case against the officers. But according to Kiiza, such a decision is suspect.

“We don’t believe that this decision by the DPP to take over the case is in good faith. Every time they take over any case their aim is to kill it and we think it’s unfair,” Kiiza said.

He wondered why the DPP who failed in the first place to bring up these charges of torture, unreasonable detention and disobeying lawful orders of Nakawa court to release Zaake after several days of detention would want to take over the case.

Zaake was arrested on April 19 but was produced in court on April 29, half-naked with suspected signs of torture all over his body. He was to spend several days in Lubaga hospital receiving treatment. Police and Internal Affairs minister Obiga Kania would later say that Zaake injured himself while resisting arrest.

0 #1 WADADA rogers 2020-08-06 08:38
Am shocked that Zake's Lawyers still believe they will have an upper hand in this case, certainly, the DPP will take over the case forcefully with the intention of mismanaging the same.

I agree that the decision by the DPP to take over the case is not in good faith. True the case against the police officers has instilled panic but latest court decisions show that the DPP can take over the case only for purposes of prosecuting and not to stifle
Report to administrator
0 #2 Yusufu Bukenya 2020-08-06 13:56
Keep strong MP Zaake. Justice will be served though it may not be fast as you would wish.

The cacoon of ' untouchable and above' will crack and they will pay for everything from blood, property and life lost.
Report to administrator