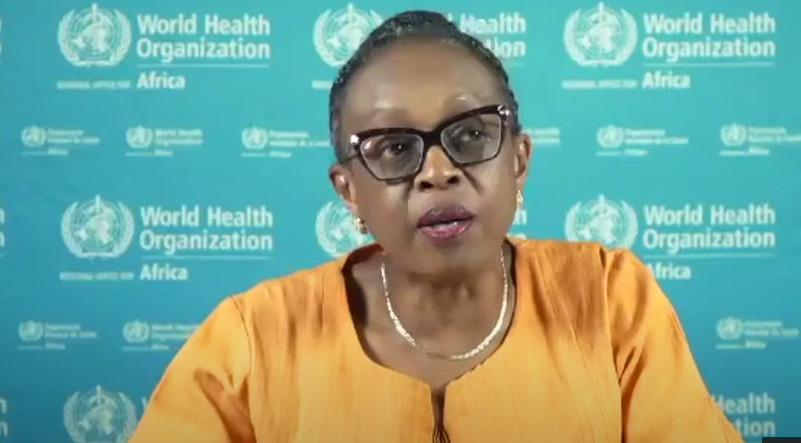 The World Health Organization on Thursday warned Africa against easing coronavirus restrictions as the number of infections on the continent has doubled in the past month.

WHO Regional Director for Africa Matshidiso Moeti said at a virtual news conference, “We are concerned that ... we will see an increase in cases as we have seen in [other] countries” where restrictions have been eased too soon.”

She said more than 20 African countries have recorded more new cases than in the previous weeks, with South Africa accounting for the most but increases also reported in Kenya, Madagascar, Nigeria, Zambia and Zimbabwe.

Moeti said Uganda, Seychelles and Mauritius are doing well in controlling the virus. The WHO said there have been nearly 890,000 reported coronavirus cases in Africa and 18,000 deaths.

Meanwhile, WHO Director-General Tedros Adhanom Ghebreyesus issued a new warning to young people across the world to not consider themselves invulnerable to contracting COVID-19, the disease caused by the coronavirus.

“Evidence suggests that spikes of cases in some countries are being driven in part by younger people letting down their guard during the Northern Hemisphere summer,” Tedros said.

“We have said it before and we’ll say it again: Young people are not invincible,” he said.

The number of confirmed cases worldwide topped the 17 million mark, with nearly 670,000 deaths. The rising number of COVID-19 cases has researchers racing to develop and test a vaccine to blunt the spread of the virus.

Other countries are experiencing a surge of new coronavirus cases, chief among them Australia. The southern state of Victoria posted 723 new COVID-19 cases and 13 deaths on Wednesday, a new one-day record for the state hardest hit from the sudden spike of the disease.

The new numbers exceed the 532 new coronavirus cases posted Monday for Australia’s second most populous state. Victoria has now reported a total of more than 9,900 COVID-19 infections and 105 deaths, making up the majority of Australia’s 16,298 total confirmed cases and 189 deaths.

Melbourne, Victoria state’s capital, is the center of the state’s current COVID-19 surge. State Premier David Andrews has ordered all residents in Victoria to wear face masks outside beginning Sunday, extending a mandate already in place for Melbourne and the rural area of Mitchell Shire.

Andrews also issued an order effective Thursday banning residents in communities outside Melbourne from bringing guests into their homes.

Melbourne is at the halfway point of a six-week lockdown that has restricted residents from leaving home unless going to work, school, medical appointments or shopping for food.

Brazil’s first lady Michelle Bolsonaro tested positive for COVID-19 on Thursday, following a positive test for her husband, President Jair Bolsonaro, earlier this month. The president’s press office said she “is in good health and will follow all established protocols.”

Norway is imposing a 10-day quarantine on travelers from Belgium after a virus spike there. Oslo last week renewed similar restrictions on travel from Spain.

Iceland launched stricter coronavirus measures after a spike in cases in the island country. Included is a ban on gatherings of more than 100 people. Gatherings of up to 500 people had previously been allowed.

British Prime Minister Boris Johnson said it was “absolutely vital” for Britons not to “delude ourselves into thinking we are out of the woods or that this is somehow all over” as Europe is witnessing the possibility of a second coronavirus wave. “Don’t lose focus, don’t lose discipline, continue to follow those guidelines, and if you have symptoms, get a test,” he said.