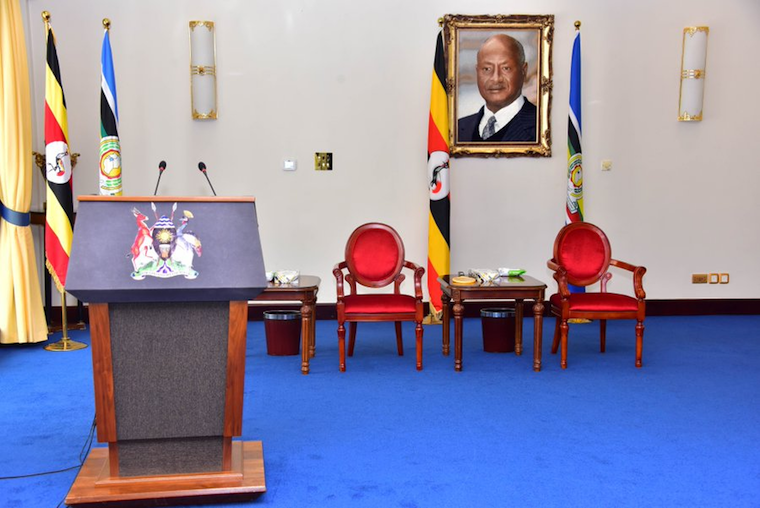 The Office of the President has requested to be reallocated Shs 2.9 billion it returned to the treasury after failing to spend it on activities in the last financial year.

The money is part of a supplementary budget allocation of Shs 16.8 billion which the office received to facilitate COVID-19 response activities in April this year.

Out of this, Shs 13.7 billion was given to resident district commissioners (RDCs), Shs 1.8 billion went towards security, Shs 1 billion was used on COVID-19 interventions under Kampala Capital City Authority (KCCA) and Shs 200 million went to the RDCs Secretariat in Kampala. A balance of  Shs 2.9 billion was not utilised by the close of the financial year on June 30.

Yunus Kakande, the secretary to the Office of the President says they have used the rest of the money from its vote to support COVID-19 interventions in the districts. According to him, some of the money was spent on managing isolation centres as well as facilitating movement and security in the border districts. Ironically, the ministry of Health, RDCs, districts among other government entities were also allocated money in the same supplementary budget to manage isolation centres.

Kakande added that although they have pressing needs like procurement of motor vehicles for RDCs, using the money which was meant specifically for COVID-19 in another financial year would have created auditing problems for the office.

Kakande was appearing before parliament's Public Accounts Committee (PAC) of on Thursday to respond to queries raised by the auditor generals report for the financial year 2018/19. He and the rest of his team pleaded with parliament to approve a reallocation of the money under the new financial year, for which COVID-19 activities were not budgeted.

"I pray to the chairperson and members of parliament that if there is any way of giving us the money we have returned, because, first of all, we couldn’t retain it, and we couldn’t spend it upfront. Because if we spent it, the auditor general would have come and said; how do you spend the money that you got in 2019/20 and then you spend it upfront when you have a budget for next financial year? So we had no alternative, and we had so many priorities for example as you always ask us; we don’t have vehicles for RDCs. Maybe we would have decided to buy vehicle out of it and other priorities but we couldn’t do that. Our hands were tied." said Kakande.

Tororo South MP Fred Angura, however, questioned how the Office of the President was facilitating the people on the ground like district internal security officers (DISOs) among others.  He said that districts like Tororo and others which are at the centre of COVID-19 need money but were never facilitated, yet the money is being returned unutilised.

Incidentally, some districts like Tororo say they never got anything. There is a big possibility that returning 2.9bn out of a whooping16.8bn may just be a red herring after all.
Report to administrator
0 #5 kabayekka 2020-07-04 09:55
No wonder with such poverty at state house, parliament tries under such circumstances to demand a cut for themselves.
Report to administrator