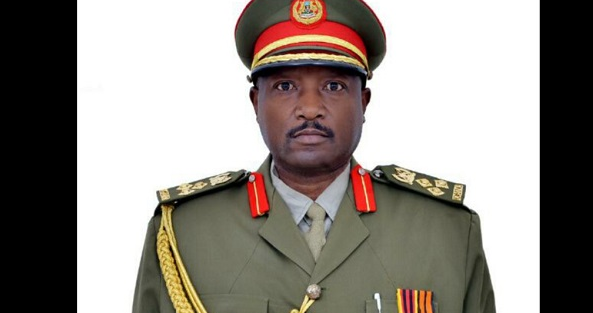 Brigadier Twesigye passed away at his home in Nyarushanje, Rukungiri district Thursday according to UPDF spokesperson, Brigadier Richard Karemire.

"The deceased fell in the bathroom at his home,” Karemire said. Earlier in the week, UPDF also lost its chief of staff reserve forces Maj Gen Eric Mukasa at Nakasero Hospital in Kampala.

"We have lost yet another gallant officer, General Eric Mukasa, the chief of staff of the Reserve Forces, he passed away at Nakasero RIP,” said Karemire.

Sources at Nakasero hospital say Mukasa suffered cardiac Arrest. The death of the two senior army officers brings to four the number of officers who have died within a space of one month.

It appears +15 million Ugandans only know Museveni while those who were 30 years in 1986 & still alive, are 60 years old!

Yet, we still get at one another for comments, unaware that so many have already abandoned the forum as theire is no hope of change!

Well, Museveni, it's time you become a real man by dissolving posts of tribal leaders to make Uganda a real country & just go on with your lifetime post, but as a real LEADER!

After all, which tribal leader will defy you, contest, stand up to defend his tribal land?

Museveni, you must dssolve posts of tribal leaders, reform the Republic of Uganda & become a lifetime leader, as Chinese president is & Vladimir Putin is doing the same now!
Report to administrator
+2 #3 WADADA rogers 2020-07-02 20:40
The problem is whoever good you are but so long as you are serving a bad regime, people will always think you are bad and therefore deserve every bad thing including death
Report to administrator
+4 #4 Wooden K. 2020-07-02 21:45
the late Maj.Gen. Eric Mukasa has been a REAL HISTORICAL .having followed his elder brother who died fighting.
Eric Mukasa has been one of the few who really fought the whole bush war. He joined his elder brother who lost his life during the bush battles.

Unfortunately , because of TRIBALISM in UPDF the Mukasas , the Boogeres, the Lutaayas , the Bisasos , the Kojjas the Gyagendas , the Ssebaggalas looked on as the kids that were in primary schools during the war become their bosses.

Its almost bizarre that Museveni ignored fine men like Eric Mukasa and instead choses Balam , Fool Figure and Klunnama.

It seems that the other diseases are successfully making a human killing other than COVID19 pendamic!
Report to administrator
+1 #7 P. Goldberg 2020-07-03 01:35
I do not want to sound synical but thanks to Covid-19. They are all dying with us in the country. Few months ago they would only come back In boxes from India for burial in the country call grave land for the haves.

All those dead generals would be flown out to be treated in better hospitals. Let us hope more follow as we are basically the same now. The haves can’t go for treatment overseas. ): ):
Report to administrator
0 #8 P. Goldberg 2020-07-03 13:25
Why would one think because he fought the bush war he should die working.

M7 is right, get the old generals out and let fresh blood serve. These people just do not get it.

There is something call retirement- Sorry! that is not a work spoken in Uganda. One work till death claiming because he fought the bush war.
Report to administrator
+1 #9 P. Goldberg 2020-07-04 00:28
Another general gone. Thanks to Covid 19. No where to fly the few privileged General for treatment over seas.

Will this open the eyes of those in power. I do not think so. Why did not die in Bombo or Mbuya Military hospital. I hope more follows during this lockdown.
Report to administrator