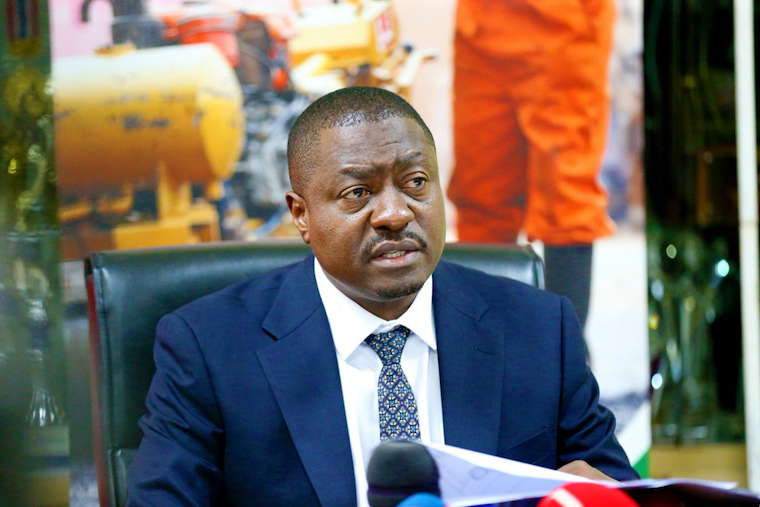 If vetted and cleared by the PSU, Kisaka will replace Andrew Kitaka the current acting KCCA director whose contract extension expires next week on June 18.

Kitaka's contract was extended in December 2019 for a further six months and has been acting KCCA executive director since December 2018 after being appointed by then Kampala minister Beti Kamya following the resignation of Jennifer Musisi.

Kisaka, a lawyer is a senior advisor on governance in the Office of the Prime Minister and was recently appointed as Covid-19 fund administrator.

Museveni said the five nominees were headhunted because of their integrity, he nevertheless he asked PSU to interview them and find out if they are suitable for the KCCA positions.

While delivering his Heroes day message and budget speech this week, Museveni decried the corruption in his government, saying he'd started cleaning up after he fired four Uganda Revenue Authority commissioners last month. It is not immediately clear if the KCCA nominations are in relation to the same clean up that the president talked about.

But unfortunately if me and you we are corrupt ourselves it pushes the president in a tight corner. Country men and women let us join hands and kick corruption out of Uganda. #exposeparasitesinyourcapacity.
Report to administrator
+1 #12 Kadogo Wine 2020-06-14 15:24
The mother of all corruption is at State House.
Report to administrator
0 #13 Odongkara 2020-06-14 15:26
Everyday year in year out the president decries the endemic corruption that has characterised his 35 years in power not in government and I wonder why can't he accept defeat and resign?

He claims to be doing clean up but my question is where are the rubbish being dumped?

Commonsense shows that when cleaning is being done a rubbish dump builds up, not true? But Museveni's clean up is very scienitific because you hear of cleaning but you don't have a dump where the rubbish is dumped!
Report to administrator
0 #14 kirya 2020-06-14 19:26
M7 cannot clean up anything. We have to chase him out of office to start cleaning up his mess.
Report to administrator
12