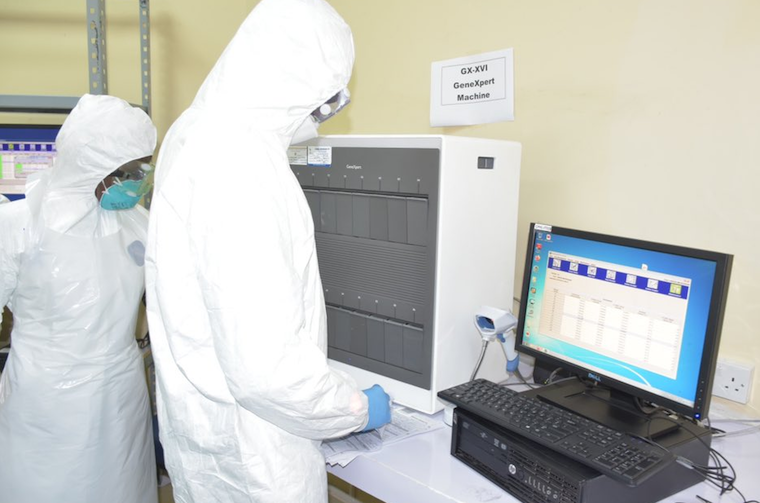 The new cases include 52 Ugandan truckers, 50 of whom entered the country from South Sudan via Elegu and two who arrived from Kenya via Malaba. A further 32 contacts to previously confirmed cases and were under quarantine also tested positive.

The new cases were confirmed from 1,835 samples tested. The total number of recoveries still stands at 72. The 51 foreign truckers who tested positive were denied entry and were handed over to their respective countries.

Meanwhile, Rwanda on Saturday recorded its first coronavirus related death after a 65-year-old truck driver passed away at the specialised Covid-19 facility in Kigali.

The cargo trucker, who, according to Rwanda's ministry of Health, was residing in an unnamed neighbouring country but opted to return to Rwanda after developing serious respiratory complications.

Further, another 4 positive cases were confirmed from the 1,368 samples tested on Saturday - rising the national total caseload to 359. Three more patients recovered from the coronavirus disease. The total number of recoveries now stands at 250.

The new cases consist of 110 males and 33 females. The youngest of the victim is a one-month-old baby while the eldest is an 88-year-old.

Meanwhile, the coronavirus fatalities in Kenya rose to 63 after one more patient, a 59-year-old male died on Saturday while 26 more people were discharged, rising the number of recovered patients to 464.

Kenya's government estimates that coronavirus pandemic and the resultant pandemic has led to loss of at least 300,000 direct jobs - affecting about 3 million families.

Overall, 126 people died while some 5,295 got infected in Africa on Saturday. Below is the summary of new deaths and infections submitted by African countries at the time of publication.

34 more people died in Egypt on Saturday, raising the tally to 913. Another 1,367 more people contracted the coronavirus disease. The total confirmed cases in Egypt now stand at 23,449, the second-highest in Africa after South Africa.

0 #1 Mama Mia 2020-05-31 01:49
Shame!! It has been more than two weeks since Ugandan truckers started coming back with coronavirus whenever they are allowed to go to the neighbouring countries.

It is foolhardy for the decision maker (name withheld) to keep sending Ugandans to the danger zones. I hope Ugandans will know their rights and take legal action against the reckless decision maker.

Most of the goods could have been shipped in via railway and Lake Victoria. Magufuli is wiser because he never wasted wanaichi's time. Very disappointed!
Report to administrator
+2 #2 Odongkara 2020-05-31 03:57
Someone remind me how many positive cases did Uganda register when the lockdown was imposed.

And today the country is said to have 413. In this kind of scenario what do you think of President John Magufuli's strategy?

Tanzania never locked down, economy is doing just fine, did not borrow millions of dollars from IMF to "fight" corona virus etc......
Report to administrator
+1 #3 Sabiti 2020-05-31 05:39
Extremely disturbing story. So, it is just a matter of time that we start registering massive number of cases and deaths.

It seems that from next week, we will be reporting hundreds of new cases then thousands, particularly with easing of the lockdown. We have now reached the tipping point!!!! Keep safe everyone.
Report to administrator
+1 #4 harry 2020-05-31 08:43
We are paying the price of being the channel of business for other countries.

See what is happening at Elegu border! We are going to be wiped out because the president felt that taxes were more important than life! God "we lay our future in thy hands"
Report to administrator
-1 #5 Lysol 2020-05-31 18:33
Why bring Rwanda into this story? Uganda should always report it's cases accurately and not be obsessed with other countries.

The COVID-19 cases should not be a number game and for and self glorification.

The Observer has always buried comments from some of us about the numbers. The world is changing because of this.
Report to administrator
0 #6 Akot 2020-05-31 19:09
There was no need to put Ugandans under quarantine while its borders, air space were left open.

The danger was/is not Ugandans to themselves with covid-19, but open borders/air travel to those who entered/enter or pass through the country!

Europeans closed broders & later realised they should have closed air space too, while calling for UNITY of their people to fight the virus!

But then again, Uganda belongs to Museveni who decides every move, right?
Report to administrator
0 #7 WADADA rogers 2020-06-01 15:43
Is the President talking today, will he go ahead to allow public transport or the re opening of schools, No is my answer. He wont lift any restriction.
Report to administrator