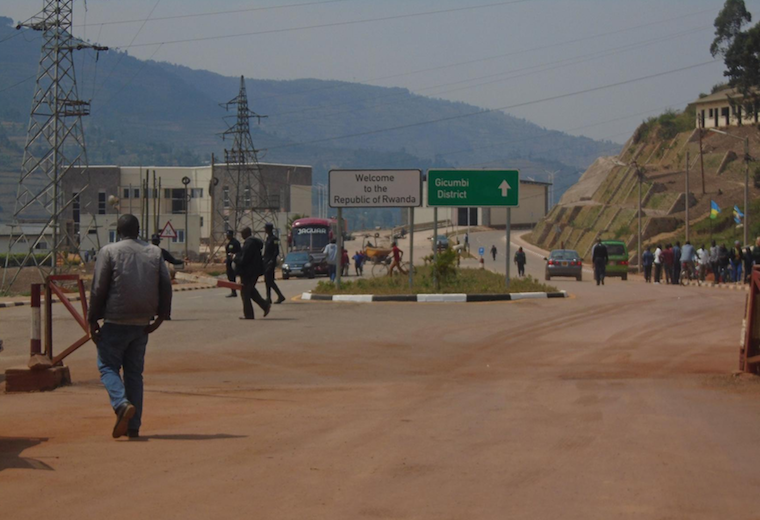 A Ugandan farmer, Obed Nicholas Tugumisirize alias Kacucu has been kidnapped from his garden in Kitojo village, Katuna town council at the Uganda-Rwanda border.
Kacucu has been missing since Monday, and his kidnappers allegedly disappeared with him to the other side of Rwanda. His family members have already reported a case of a missing person at Katuna police station. They say that he was kidnapped while in the garden together with his wife and children.
Katuna town council chairman Nelson Nshangabasheija suspects that the suspected kidnappers could be Rwandan security officers. Kigezi Region Police spokesperson Elly Maate says that the police have initiated inquiries to establish the victim’s whereabouts.

This is not the first incident involving Ugandan farmers and Rwandan authorities. In April 2019, three farmers; Susan Rwanjungu and Junensia Bazongoza, all residents of Mushenyi village and Jovia Ruvungafu, a resident of Nyinarushengye village in Katuna town council were arrested by heavily armed Rwandan soldiers while digging in their gardens and taken into Rwanda.

The Uganda-Rwanda border has been closed since February 2019 following a diplomatic row between the two countries. The spat started after Rwandan officials including President Paul Kagame accused Uganda authorities of abducting its nationals and locking them up in un-gazetted areas as well as hosting, sponsoring and facilitating dissidents.

Talks to restore diplomatic relations between the two countries stalled following the outbreak of COVID-19 pandemic. This week, 38 Rwandan nationals who crossed into Uganda via Kalangal for fishing activities were forcefully quarantined at Buvuma college school as they wait for their coronavirus test results.

Many of those illegal alients in Uganda who have imposed themselves onto the citizens and looted the country should go back to their own countries. Including that big bully.
Report to administrator
0 #2 WADADA rogers 2020-05-29 09:30
I agree with Lysol, it is had to tell whether or not Obed Nicholas Tugumisirize alias Kacucu is a Ugandan or Rwandese.