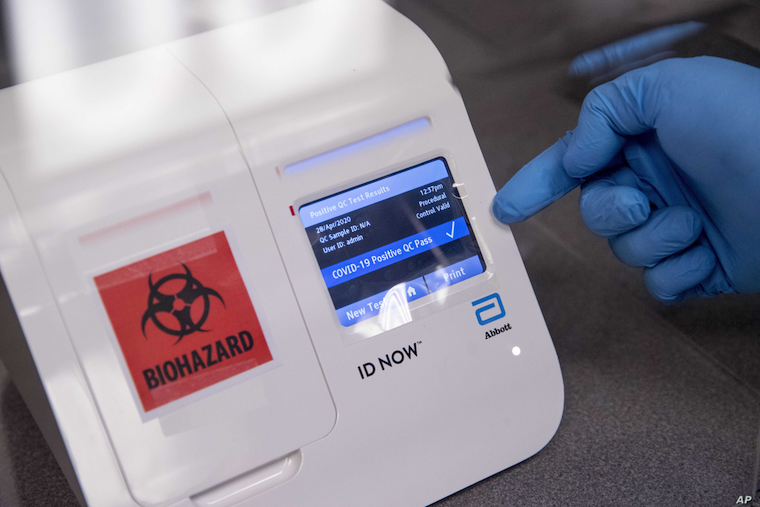 The study, conducted in April involved 56 patients who were being treated at Mulago and Entebbe hospitals. The scientists found 12.8 per cent of the patients to have evidence of liver damage, when lung damage checks were done using chest x-ray and CT scans, three patients were found to have significant lung damage.

The researchers led by Dr Bruce Kirenga the director of the Mulago Lung Institute also found that 10.6 per cent of the patients had low white blood cells, 26.3 per cent had low platelets that prevent bleeding whereas 43 per cent had evidence of nonspecific tissue damage.

In an interview on Wednesday, Dr Winters Muttamba the co-investigator on the study code-named; COVIDEPI, said as a result of lung damage, one of the patients had low oxygen saturation.

In terms of age, the youngest in the study was a nine-months-old baby and the eldest was 60 but the average age was 33. At admission, Kirenga says only two patients had a severe form of the disease requiring oxygen therapy.

He adds that 25 per cent reported with other medical conditions in addition to COVID-19 which include hypertension and diabetes.

About treatment, Kirenga says that some patients were given hydroxychloroquine, others chloroquine, antibiotics and vitamins yet others were not given any of the four treatments. Those on hydroxychloroquine had a shorter time for recovery clearing symptoms within six days than others who cleared in eight days.

The researchers now recommend the expansion of testing as half of the people didn’t have symptoms and for those that have been identified to be positive. They also call for clinical, laboratory and imaging tests to be available at all COVID-19 treatment centres to support proper grading of the disease severity.

At the minimum, they recommend pulse examination to be routine in management of all cases, even if mild. According to Kirenga, enrolment into this study continues as they have a target of analysing about 120 participants.

The study was funded by the government of Uganda through the Makerere University Research and Innovations Fund. Uganda currently has 253 positive cases. The researchers anticipate that in two weeks, they will have got their target number of participants.

The aim they say is to detail the characteristics and treatment outcomes of patients which data would guide the design of treatment approaches and mitigation efforts of the disease on the survivors' lives.

To date, Uganda uses data of what is being done elsewhere in treating patients even as Ugandan patients have shown significant differences in presentation than in other countries like China where the disease started in late 2019 before turning into a global pandemic currently affecting more than five million people.

+1 #1 WADADA rogers 2020-05-28 09:01
That should be the effect of using crude drugs to treat the corona virus
Report to administrator
+1 #2 Wod Paco 2020-05-28 11:45
Just because people were wondering why Covid-19 patients in Uganda are not seriously affected by the disease and were therefore questioning the test now they have come out with a mitigating statement.
Report to administrator
+1 #3 Lysol 2020-05-28 19:06
The rampant use of the drugto treat malaria should not be used to treat COVID-19.

The WHO and countries like France and others have suspended its use. The side effects outweigh the benefits.

There is no known cure of COVID-19 right now. Don't fool yourself.
Report to administrator
0 #4 Boma paul 2020-05-29 23:45
Bwana wadada do you really think through some of your comments before writing them OUT?

I wonder how an educated and studied person can write comments the way you do sometimes. I am sure you can do better than that
Report to administrator